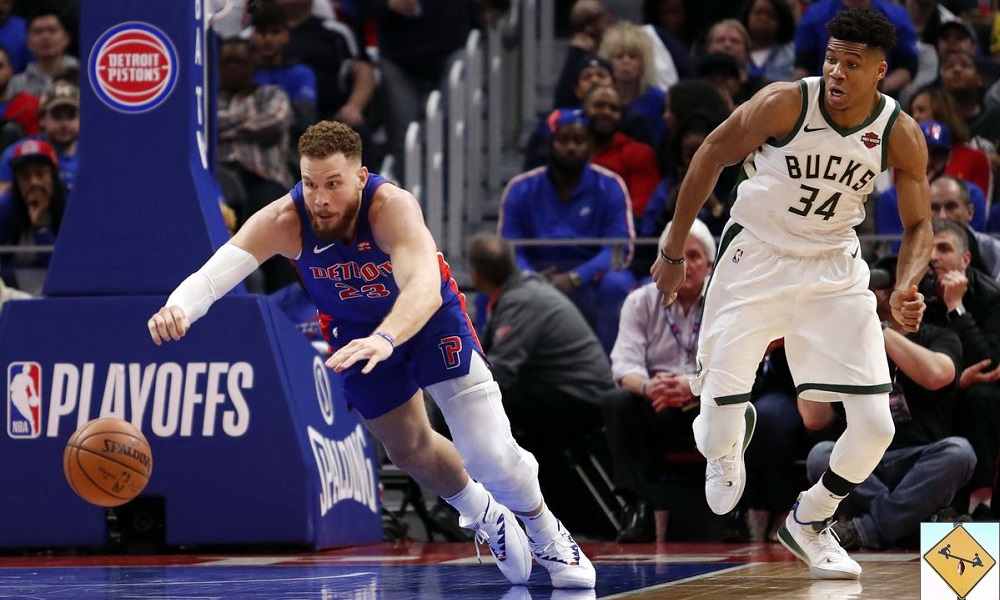 Chalk feels unavoidable until a new superstar emerges. The Eastern Conference rises from the ashes this season. NBA Predictions 2019-20.

We discussed the Western Conference playoff picture last week. It looks like it could be a 12-team mosh pit come next spring. In the East, there should be no such issues. We have a clear-cut top two teams, with a small second tier and a handful of average squads who will battle for postseason positioning. In other words, the imbalance between the West and East is standard operating procedure. So where does this leave our NBA Predictions 2019-20? The Eastern Conferences must rise up!

Stop me where you disagree, even if chalk feels appropriate. The Bucks and 76ers will be the top two teams in the conference in some order. The Celtics will finish third, followed in some order by a batch of Indiana (who will patiently await Victor Oladipo’s return), Miami, and if Toronto holds onto its veterans, it will also be in this tier. If the vets get traded, the Raptors will obviously enter rebuild mode. Then comes the final group of teams competing for the final two playoff spots: Orlando, Brooklyn without Kevin Durant, Detroit, Chicago, and maybe an up-and-coming Atlanta. Everyone else is fighting for the top pick in the NBA draft.

More BuzzChomp: Running into 2020 without a hiccup

I’ll move the Raptors into the playoffs. I assume they hold onto their hometown veterans Kyle Lowry, Serge Ibaka, and Marc Gasol, even as I know Masai Ujiri didn’t hesitate to ship DeMar DeRozan out of town last year. Ujiri is as cold-blooded as Danny Ainge, just with better results. But this Toronto team is still pretty good the way it is currently constructed. Brooklyn also gets into the postseason in my mind, even without Durant for the entire season. This is a really good and deep roster. The Nets aren’t a championship contender with Durant on the sideline, but I feel secure in them nabbing a top-seven seed in the East.

That leaves one spot. The Bulls and Hawks are another year away. I’m lower on Orlando than some and higher on Detroit. I don’t think the Magic’s offense can function with so few shooters and play-makers. The Pistons know what their plan is: run through Blake Griffin, with Drummond hounding the middle, and shooters spotting up. Derrick Rose could even be a boost to a second unit. I put the Pistons in. As my eighth seed in the East, I think the Pistons finish with a record worse than 11 West teams.

Its been quite a long time since the East was competitive top to bottom, but we still aren’t there. When the NBA season kicks off on the 22nd, we are staring at an Eastern Conference clamoring for fresh star power. Will any of the young rookies not named Zion make a significant difference this season? I sure hope so, or its going to be Milwaukee versus Philadelphia in the conference finals with zero chance of an upset.

You forgot to mention the New York Knicks with regard to those final playoff spots… which is appropriate. The difficulty when discussing the NBA playoff representatives in the East is not with who to put in, but in disagreeing with anything you already said. Someone please rise up and trash these NBA Predictions 2019-20. Anyone? Perhaps I should make some BOLD PREDICTIONS instead, because chalk is so boring.

Also on BuzzChomp: JoJo Rabbit a great movie that should not be missed

Blake Griffin absolutely shines, leading his Pistons to a top three record entering January. He misses his customary month of basketball, returning in plenty of time to lead Detroit into the playoffs as the fifth seed in the East. With only two top teams and several pretty good ones in that second tier, all it takes is a star player to truly assert himself. That player will be Griffin in the early going.

I’m not as high on Miami, but I absolutely love the Raptors. Defending a championship is a special honor and the entire team in Toronto will not take this lightly. They nab the third seed over Boston and Indiana, who both continue to underachieve. Don’t sleep on the Nets either, because having Durant as a “coach” is a major asset that is hard to quantify. He’s a truly great player and that is contagious, even if he’s on the bench. Brooklyn rises up along with the Pistons.

Were those NBA Predictions 2019-20 bold enough? I tried my best damn it. The East does not have the same star power as the West, like usual, but this opens the door for lesser known names to make waves. It will be the haves and have-nots in the East, unlike a West chock full of winning records. Now if only the Knicks can find a way to be exciting. That would be something.