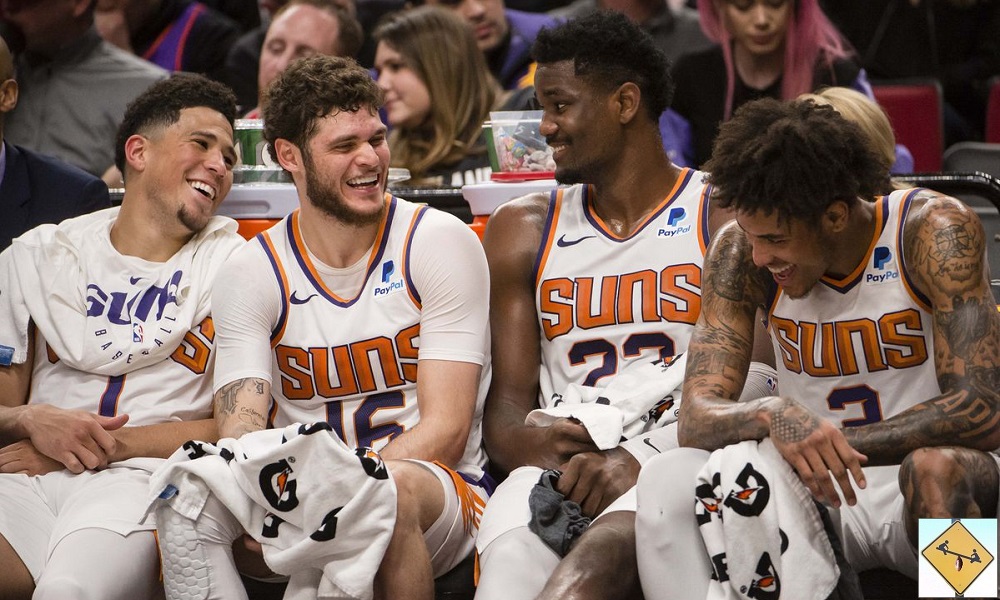 Some teams blatantly stand out in the early 2019-20 NBA Standings. The sad reality of the Golden State Warriors is now obvious, but lies are harder to identify. Phoenix and Miami have some explaining to do.

We are just over half a dozen games into the NBA season, and it already seems like preseason expectations were wildly off for a few teams. The early season 2019-20 NBA Standings are full of more sad realities than lies. Sure, we’ve seen the expected as well: the dominance of the Philadelphia 76ers, the ceiling of the Milwaukee Bucks, the ineptitude of the New York Knicks, the Los Angeles Lakers ready to compete, and the Memphis Grizzlies being at least another year away.

That last point may not be as big of a surprise as the name would indicate. We were on the under for Golden State prior to the season, specifically siting how shallow the roster was and what could happen with a Steph Curry injury. The worst has come to fruition, and this current Warriors roster is as bleak as seems possible. I’m ready to declare the preseason over/under of 48.5 a lock under. Are you ready to jump on the other early season surprises just as hard?

Miami had an over/under of 43.5 before the season. This already feels like a lock over. Miami is deep, talented, and legit. I already thought the Heat were an easy playoff team, so bumping them up a level (into top three territory in the East) isn’t that outlandish. They’ve already beaten the Bucks in Milwaukee and crushed Houston. This next stretch of games could slide them back to the pack (three straight road games against Denver, Phoenix, and the Lakers), but I still think the Heat will be in the conversation all season.

Also on BuzzChomp: Avoid these Holiday Blockbusters like the plague

I’m not ready to make the same leap about Phoenix. Interestingly, the Suns are not simply taking advantage of a weak early schedule. They have already played six playoff hopefuls out of seven opponents. Sacramento and Golden State may not be real playoff contenders anymore, but they were to start the season. And Phoenix went 4-2 in those games, including giving Philadelphia its first loss of the season on November 4th.

The Suns’ over/under to start the year was 29.5, AKA one of the worst teams in the sport. They’re already a sixth of the way to the over! It seems like the over will hit by default, even though I’m not ready to think this is a legitimately good team. Deandre Ayton is suspended, and Devin Booker is otherwise surrounded by retreads and castoffs.

Ah, so you have chosen death? When playing the fabled game of early season NBA analysis, death is always the end result. Nothing in the NBA means anything until Christmas is over and the winter winds blow by. Yet that shouldn’t stop us from destroying the egregious preseason over/under numbers that are already blatantly wrong. The 2019-20 NBA standings may be full of lies right now, but some truths are impossible to ignore.

Miami is absolutely going to destroy their over and notch more than 43 wins this season. The Eastern Conference is too soft in the middle and the bottom for the Heat to stop winning at their current pace. Phoenix is in the opposing position, as the Western Conference is loaded top to bottom. Heck, even the second to last place Warriors are not to be overlooked. This makes the Suns current spot atop the standings quite unsteady and primed for collapse. They will be competing for one of the final playoff spots, but are not a top team in the West.

More BuzzChomp: Prepare for Cold Weather Running like a Pro

As for the aforementioned Warriors, you nailed them in the preseason and nothing I’ve seen thus far has me believing otherwise. Golden State is above average at best, but Stephen Curry’s injury makes them a bad Western Conference team. I expect them to claw their way above .500 by the end of the season. Curry is still a great player, despite the reports and negative news. But Golden State cannot truly compete with the elite teams that have flooded their conference. They will remain near the bottom of the 2019-20 NBA Standings.

Phoenix will top their over, but the Warriors will not. New Orleans isn’t as bad as their record, but until Zion Williams returns they will not win many games. Dallas is another team out west that seems to be playing a bit better than reality. I’m lumping them in with the Suns right now. Everything in the East feels like chalk, besides Miami who we already covered at length. Brooklyn likely elevates up the standings, but I’m not sure which team they ultimately bump from the playoffs.

Early season NBA records tell lies. The 2019-20 NBA Standings are not what they appear. Pretenders lurk around every corner, but at least we can take solace in a few truths. The Knicks are right where they are supposed to be, with a single victory and in sole possession of last place.