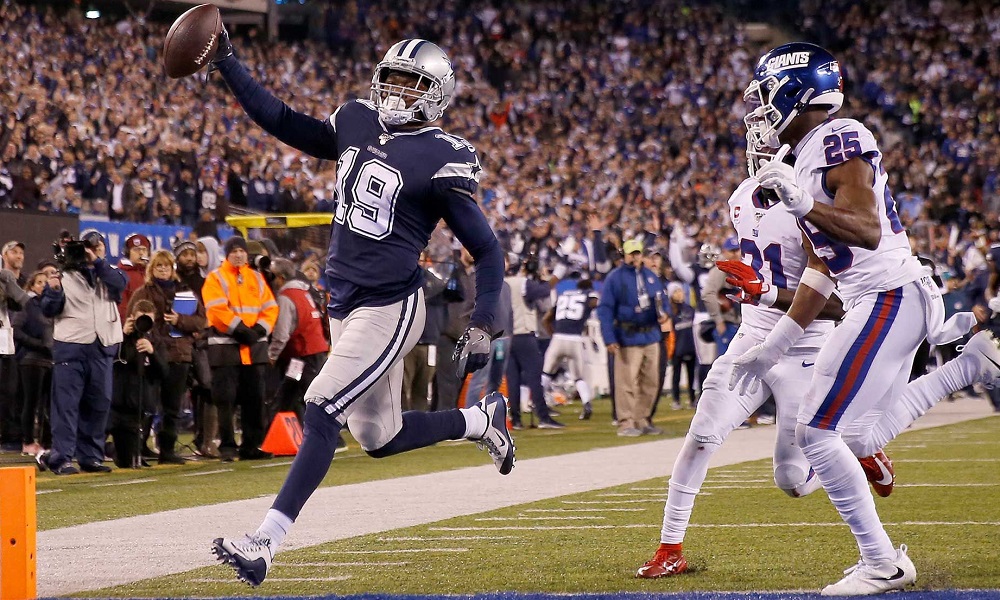 Its bad enough that the New York Giants keep losing, but blowing games in the fourth quarter is excruciating. This recurring nightmare must end.

Before I start bashing the New York Giants yet again, I need to vent about the absolutely worthless and bullshit Offensive Pass Interference (OPI) and Defensive Pass Interference (DPI) challenge system. What is the point of being able to challenge these judgement calls? They are getting overturned at a rate of around 5% this season. Even blatantly wrong calls are being upheld because of a “lack of evidence.” Enough already!

I won’t sit here and say that the clear and obvious DPI that wasn’t called on Evan Engram would have changed the outcome for the New York Giants. But the blown call absolutely came at a pivotal time in the 4th quarter. New York was in a one score game with the Cowboys at the time. The entire world, including announcers Booger McFarland and Joe Tessatore, saw the interference. Even the worthless rules official in the booth stated that Engram was absolutely interfered with, but that the call was not going to be overturned no matter what. What the f#$k is the point of this new rule?

To compound this missed call even further and infuriate me to another level, the blatantly biased officials next called a phantom DPI on the Giants. Dallas was struggling and had the ball on third down way back on their own 15-yard line. Then the officials stepped in and called pass interference on Baker when he CLEARLY didn’t touch Amari Cooper. I was screaming at my television. Shurmur needed to throw the challenge flag. Yet because this rule is bogus, he figured it was worthless and saved himself a timeout.

Those two phantom calls absolutely changed the course of this football game and tarnished what was a positive step forward for the Giants. The game was competitive and the score was close until those back to back drives where this garbage rule “didn’t” do what it was intended to do Okay, now to the game itself, which emulated the recurring nightmare of a season for our New York Giants.

If you just looked at the box score, you would think this game was a blowout. The Giants lost 37-18 to the Cowboys, but this was a two point game late in the third quarter. It couldn’t have started out any better for New York, as Antoine Bethea intercepted Dak Prescott on the first play. Instead of scoring a decisive touchdown, the Giants only gained five yards and settled for a field goal. We’ve seen this before.

Also on BuzzChomp: Avoid these Holiday Movies like the plague

When you are the underdog and the opposition gifts you the football, you must punch it in for a touchdown. Be that as it may, the Giants were moving the ball well in the first half and even took the lead. They seemed to be in control of this game, until the mistakes once again started happening.

I realize that Daniel Jones is a rookie and is going to make mistakes, but the turnovers have to be fixed. He added another interception to his resume right before halftime that resulted in a Dallas field goal. Then on New York’s second possession of the third quarter, he fumbled again. While I applaud his effort to run for the first down, Jones needs to realize he has poor ball security and make a smarter decision.

As each week goes by, I feel as though the Giants offensive line is getting worse. Nate Solder needs to play better, as he is the protector of Jones’ blind side. I like that Jones stays in the pocket and is not rattled and runs when he needs to, but I don’t want him to develop happy feet and bad habits as a rookie. Making matters worse it the play calling.

More BuzzChomp: Prepare for Cold Weather Running like a pro

New York’s play calling was better against the Cowboys, but once again when the game started to wind down and the Giants needed big chunks of yards, the call was for a five yard dump pass. Perhaps throwing a quick slant or screen pass to Saquon Barkley would take pressure off the struggling offensive line.

I must give credit to the defense, who held Dallas to 13 points in the first half. If not for more bad turnovers and a few bad calls, this would have been a very close game. Yet I will not let Baker off the hook. Yes he is a rookie cornerback, but his play is awful. Teams are basically targeting him week in and week out. Currently he’s giving up the most yards per catch in the entire league. Why is he still on the field?

The good news is that the New York Giants have a cupcake opponent up next. They face the team formally known as the New York Jets. Every four years my friends and I venture over to Metlife Stadium and have the pleasure of watching the battle for New York supremacy. Seeing who claims the crown for the next four years is awesome. This season its a Jets home game, but I have a feeling there will be a lot more blue in the stands than green. #GiantsPride