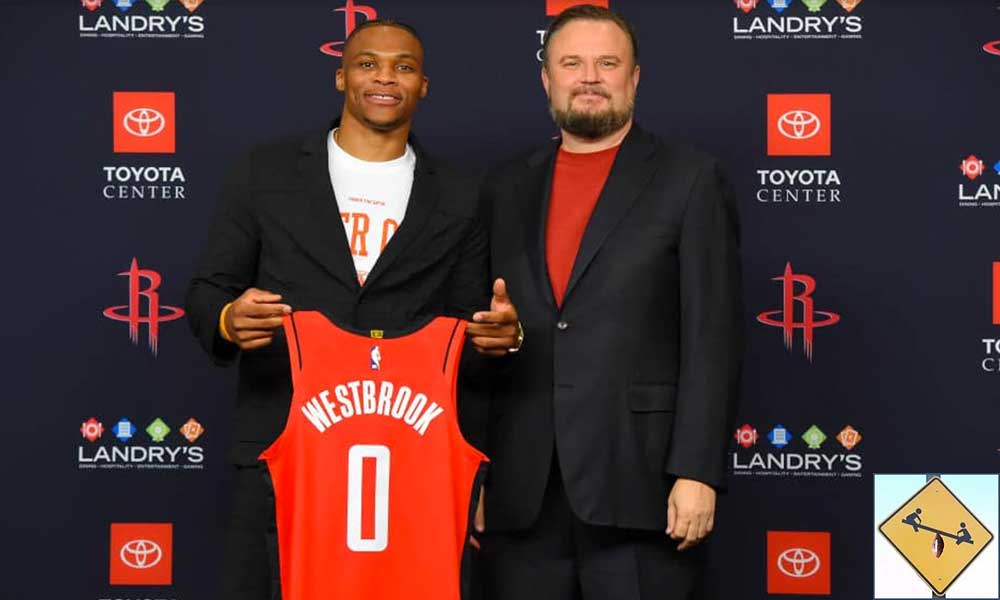 Its time for the NBA to wake up, because silencing Daryl Morey and ejecting fans may appease China. But it alienates everyone else.

The NBA season is set to tip off in just a couple weeks. Houston Rockets general manager Daryl Morey managed to take the abilities and personalities of the players out of the news cycle with his tweet about the Hong Kong rebellion. The NBA has a way of blowing up news cycles unlike any other league. Its players are world famous, unlike football or baseball players. Most of the time, the actual news feels small compared to the cycle it creates. This feels different.

Morey alienated the largest global fan base of the NBA in China, and his statement had immediate impacts. The most powerful consequence was Chinese television and broadcasting dropping Rockets games from the schedule. Now the NBA is booting fans who are silently protesting from the stands.

Daryl Morey, though he has since issued an apology, made a fatal mistake. He messed with people’s money by angering the largest global supporter of the league. It doesn’t even matter that he was correct or whether his beliefs should be backed by Adam Silver and the league itself. Morey, arguably the best GM in the sport, may get fired over this.

Sticking to sports, this whole incident puts the Rockets in a very awkward spot. They are expected to be a title contender in a very loaded Western Conference this season. What if Morey is ousted, or the team simply has a bad first month thanks to this upheaval? The Rockets were arguably the biggest team in China thanks to years of Yao Ming being an NBA star in Houston. Now they are enemy number one. That could, conceivably, have an impact on the on-court product. Team owner Tilman Fertitta came out strongly against Morey’s comments almost immediately after they happened. He wants to stick to basketball, but his team might not be able to.

This situation only ends badly, and that’s saying something since one single Tweet already erupted into NBA censorship. How many players come to Morey’s defense? How many want to, but will remain silent for fear of losing endorsement deals? The situation in Hong Kong is getting worse and the NBA is making the situation in Houston worse. When will people learn to just keep their mouth shut?

Morey may have made a “mistake” from a business standpoint, but its unlikely that a man as smart as himself did so without calculated intention. Let me put my speculation hat on for a moment. Perhaps Morey believed he could help sway public opinion by pushing the NBA to take a stand of its own. Maybe he wants out of Houston and knew this would allow him to leave gracefully. Or more likely, Morey simply could not keep quiet on an issue plaguing the world right now. Unfortunately, the NBA and Houston Rockets could not keep quiet either.

Its one thing for your GM to make a bad Tweet. Those things can be deleted, apologized for, blamed on being drunk. Its quite another thing for Houston to speak out against what he did, or the NBA for that matter. Both organizations now risk alienating their biggest fan base, the United States.

While monetarily beneficial to support China, its stupid long term. No one in their right mind believes China is acting appropriately with Hong Kong. Standing beside them means you support what they are doing. How can fans support the NBA when they support China? You can’t. Did speaking out against Daryl Morey make this situation better? No it did not. Chinese television still banned NBA games. Silence would have been the best choice.

We’ll get more into the on-court ramifications tomorrow, but if anything this should unify the Houston Rockets. Who cares if China gets to watch them play? If the team does in fact fire Morey, then Houston will have a major problem. The players might just revolt and refuse to play. But keeping him can have a team building effect. Us against the world, quite literally.