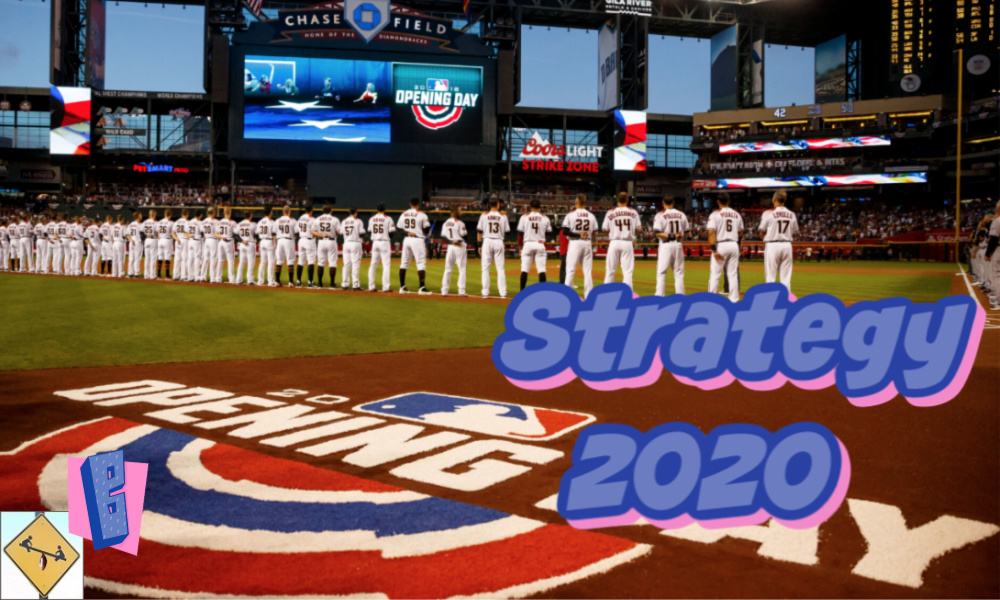 The 2020 MLB season will be like no other, but that’s surface level. To play half a season and win means employing new strategy. Not all teams are prepared.

The current plan for Major League Baseball is to play half a season beginning July 1st. There are tons of obstacles that still need to be traversed before this becomes a reality, including, most pressingly, the players agreeing to the owners’ proposal. But the 2020 MLB season is coming and not all teams are ready for this new look baseball.

If we do play half a season, though, there are some interesting strategic developments to consider. Beyond even the rumor that the National League will adopt the DH for this 80-game sprint, we have many new considerations at play. MLB has always been a marathon race. Perhaps 80 games still isn’t really a sprint, but it has to impact the teams and front offices, and even fantasy baseball plans. We’ll get into fantasy on its own. For now I’m concerned with how teams can win this concentrated version of the season.

The most obvious impact of this new 2020 MLB season will be on pitching staffs. This season is being thrown together and preparations are unlike anything we’ve had before. With potentially dozens of double-headers and a crazy, cramped schedule, do teams play it safe with literally all pitchers? That would mean guys pitch maybe once a week, never deep into games. Teams lean heavily on bullpens and expanded rosters to just get through the regular season. There would be many more than five men in a rotation. It’s even possible that most games turn into two- or three-inning stretches by multiple arms.

We could see similar shuffling taking place in the everyday lineup, turning it into an every-other-day lineup. Most guys would be able to play 82 games normally. How many can be put through that gauntlet if it includes very few days off and tons of double-headers to cram all the contests in?

This would seem to imply that the deepest of major league rosters would have the advantage, even if surface logic would dictate the opposite. On the surface, if you crammed an MLB season down, the teams with the most high-end talent would win out. Since those elite players could have a larger impact on the breadth of the standings, they have the advantage. But considering the scheduling at play, this likely won’t be true. The teams that have the highest number of useful players would instead reap the rewards. Perhaps fortunately, the league has been moving in that direction for decades, at least on the pitching side.

Also on BuzzChomp: Give Back and Earn with CBD by Vitalibis

There is a wild statistic that Joe DiMaggio faced only 43 different pitchers during his record-setting 56-game hitting streak. For comparison, Tim Kurkjian notes that Ryan Zimmerman, in just a 30-game hitting streak in 2009, faced 90 different pitchers. He faced a rate of roughly four times as many varied arms! And that was over a decade ago; expanded pitcher usage has grown since then. These most recent seasons have seen the most pitchers ever used. If we expand rosters again to alleviate the strain through a rushed half-season, it could mean we set a record that will never be broken for the most players used on a per-game basis.

That level of needed depth would certainly separate the good teams from the great ones. I’m not sure how this applies to fantasy baseball other than expecting all fantasy players to be less productive than normal. But I’ll hold my thoughts for our follow-on debate. Its going to be an interesting season, to say the least.

Focusing on the real life games, because fantasy is a whole other can of worms we will get to next, I can’t help but come back to something I said last week when debating the 2020 sports champions. While discussing if they would be tainted or special, I dove down the MLB rabbit hole of what will amount to half of a typical season. When the 2020 MLB season begins, we will get something unique and what I believe will be amazing.

The first month of games is going to be like April baseball on steroids. Every player will be pressing and the numbers will tell many lies, more so than typical April baseball is known for. Then we likely see a dramatic shift towards July baseball, where teams attempt to coast for a few weeks. After that its September baseball for the final month of games. Instead of six months of baseball, we have three and it will cut the fat so to speak on the season.

You brought up an interesting point about pitching, but I’m kind of excited for the opportunity hitters will have on the flip side. I’m not convinced deep rosters will make as big a difference as you think. One could argue that depth is critical when the season is six months long, but over the course of three months you simply need to hit the gas and find your cruising speed. Players often excel in April, because they are strongest and full of energy. Hitters especially excel. Its when they start to wear down, but the pitchers with their rest days can still maintain top form, that we see a shift. I agree bullpens will be critical, but with half the number of games, I can see our top pitchers attempting to take the mound more often, not less.

There has been an argument rolling around for some time that all this rest between starts actually hurts pitchers. What if they pitch every three days, instead of five? What if teams use four men rotations this season and a deeper bullpen? This immediately favors the teams with All-star talent and minimizes the need for depth in the rotation. This brings me back to our April 1st article, where we both believed the Dodgers and Yankees had a distinct advantage with a shortened season.

Both the Dodgers and Yankees have chemistry among their stars, along with top level pitchers in the rotation and bullpens to match. Trimming the fat out of the schedule allows them to use that talent full force. There’s no need to “manage” a guy’s time on the field, since three months are already gone. If you can play 80% of 162 games, then you can play 95% of 80 games. While this makes sense on paper, you might be correct in reality. Good thing we will get to find out who’s right about the 2020 MLB season.