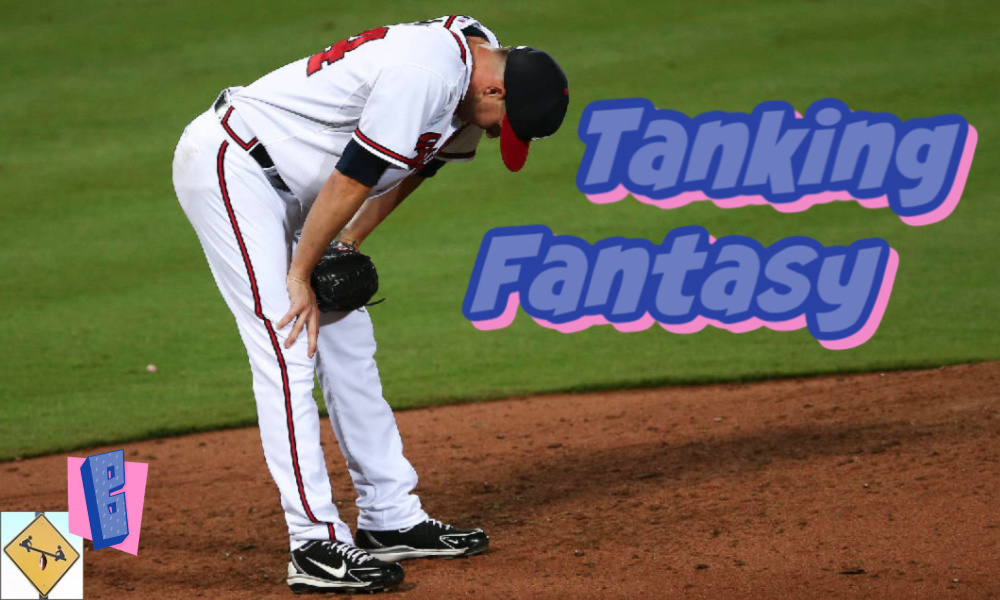 It sounds ludicrous, but tanking Fantasy Baseball 2020 might just work. Sure it won’t be fun, but you could win later! There’s a catch though.

Does tanking fantasy baseball 2020 make sense? Your worry from last week’s article about fantasy keepers is interesting and disconcerting. There are really three ways to handle keeper leagues this season. First is to do nothing. Doing something isn’t always necessary, especially if the correct path isn’t obvious.

Doing nothing would simply count this year as a year, whether 114 games, 80 games, or zero games are played. The actual MLB is doing this with service time for guys who were in the majors last year. This sets everyone on an even playing field since. As you mentioned, keepers would have had to be chosen before the season was shut down. Sure, some owner would coincidentally benefit more than others, but that’s true if any change is made too.

The second option is to have keepers remain the same but not “count” the season. In other words, a team could keep Player A in his final year under contract, but it would again be his final year under contract in 2021. The contracts would not advance for this season. Owners who were going for it in ’20 would benefit here by holding onto potentially expiring deals, but the benefit would be minimal. It would at most be for one half of a wonky season where anything could happen stats-wise.

Option three is to throw all keepers back. Let the owners redo their choices with what we know now, but keep rules the same. They are then allowed to go more star-heavy as you indicated or even adjust their specific roster plan. Perhaps more pitchers then get kept that owners would have ordinarily not even considered. Or owners may opt to keep a closer who is rock solid. This leads into your second query from last week. Redoing all keepers would allow for owners to go for broke on expensive stars or pull a one-year tank. Tanking fantasy baseball is now viable.

Also on BuzzChomp: Every Highlight from Westworld Season 3

You mentioned the belief of needing players in 2020 who will star immediately. Wouldn’t there be logic in doing the opposite? Grab the highest upside guys, perhaps through trades with owners who have your mindset. This now sets an owner up for the best 2021 possible, after this craziness has cleared. The 2020 season could be scrapped entirely if the two sides can’t reach an agreement on compensation/safety. But even if they do play, anything wonky may happen. I’m not sure if it’s better to pull the one-year tank, but it at least feels reasonable.

Tanking fantasy baseball sounds ludicrous, because it removes all of the fun from the current season. It assumes your league will continue well into the future and that you can actually rely on real life to play nice and support your theories about the guys you expect to pan out and therefore tanked to hold onto. But this season might be a real exception. This season is a prime opportunity to tank, especially if your keepers are suspect to begin with.

Personally, I believe tanking removes all the fun from sports, be it real or fantasy. From a business standpoint, it makes sense for a team to tank in real life. If you have the opportunity to get significantly better during years three to five by sacrificing years one and two, you do it every time. Save money now and spend it later to enhance your odds of winning big. Have three great years after two bad years. That’s solid math when you aren’t one of the three to five elite franchises. From what standpoint does tanking fantasy baseball make sense?

If your goal is win the league championship, then tanking will not achieve this goal. Sure, you can keep five really cheap players who have yet to star in the league, but are expected to next season. Now you have more auction dollars or draft capital to spend on the currently elite guys going into the next year. But you have no clue when those cheap keepers will pan out. What if its right now? What if its three years from now instead of one? Playing fantasy baseball is supposed to be fun, so you can’t simply throw away a season. That is a decision to be made in late July, not early April. Yet here we stand, with the season beginning in July (hopefully).

Assuming the season is played, I don’t see a reason to change anything. Let this season count and ensure all owners actually play, rather than tank. The worst thing to happen to a fantasy league is having multiple teams not trying. Not setting lineups on a daily or weekly basis and simply wallowing at the bottom. Usually the league shakes out by the halfway point, but in 2020 we should all have an equal shot at the top spot until the final few weeks of the season. Its going to be volatile and that itself is fun!

Perhaps this is simply my plea to fantasy owners. Please don’t tank. Why play at all if you aren’t going to try? Attempting a longterm view of your team and tossing away a season for the future is a real shot in the dark. You know why? Because 75% of your team changes every year. You can’t rely on a core roster to get better together. This is fantasy. Tanking fantasy baseball is ludicrous. Don’t do it. When baseball happens, play it out and have fun because there was a real chance it wasn’t going to happen at all. Fingers crossed I’m not jinxing things.