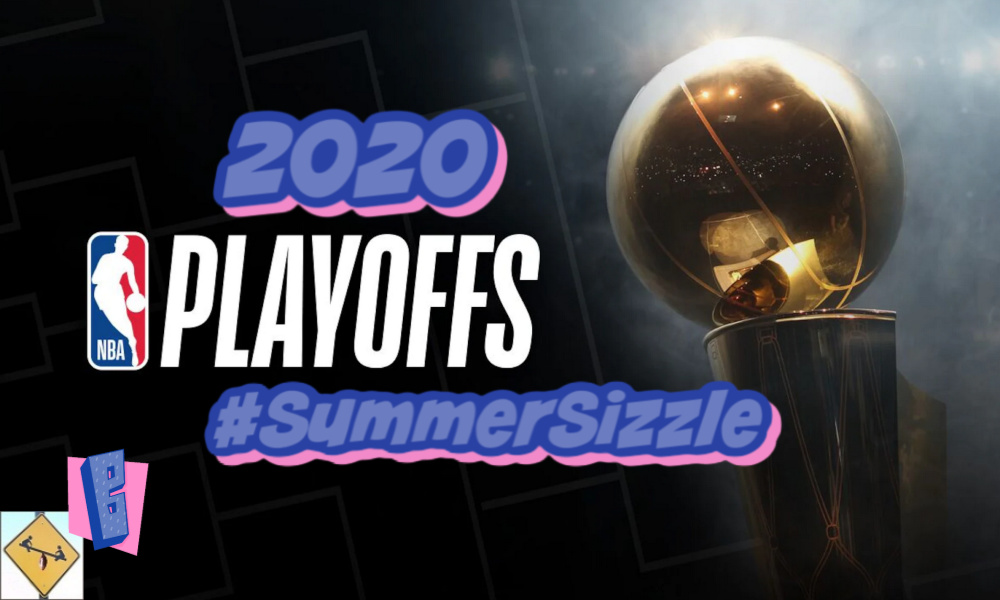 No home court, play-in games, and high stakes crammed into a short amount of time. The 2020 NBA Playoffs embody March Madness through and through. Its the Summer Sizzle.

The NBA has settled on a plan to restart the 2020 season after its pandemic hiatus and play out the 2020 NBA Playoffs. Cue the raucous crowd cheering wildly. We will discuss next week how this plan compares to what the NHL decided to do. For now, let’s talk about basketball’s decisions.

Here are some of the particulars. Thirteen Western Conference and nine Eastern Conference teams (22 teams total) will continue the season. The other eight teams are simply done until the winter. Those 22 teams will play eight regular-season games to determine the final two playoff spots, as well as seeding throughout the postseason.

There are a number of facets to unpack and determine whether or not they make sense. But first of all, it’s worth mentioning that any return to action is better than none. Even if you think this 22-team restart is stupid, the restart itself is better than the alternative! There exists the opportunity for flukiness and asterisks in the future if certain teams win, but that isn’t a reason to not play for the championship at all.

First off, I’m fine with 22 teams. It sucks for the other squads who won’t play real basketball for something like nine months. What’s the fix for that? You can’t have 120 extra players just going through the motions for no payoff. There will obviously be no gate receipts for any team with no fans in attendance, so these teams are not missing out on that revenue. And I assume even the teams not participating will split shared television revenue.

With 22 teams, I was very glad to see it wasn’t an 11-team split between each conference. Instead, they chose teams still in reasonable competition for a playoff spot. Our top seven seeds in each conference will be set by the remaining mini slate of eight games, but that final spot on each side could still be up for grabs. I like this idea too! If the ninth-place team is within four games of the eight, the two teams square off, with the former needing to win twice before the latter wins once.

Also on BuzzChomp: Positive Change begins with Human Rights for all

From there, we enter the 2020 NBA playoffs as normal, although nothing about playing during the pandemic is going to be normal. No crowds, no home arenas, no home-court advantage of any kind for the top teams. There could be a scenario where multiple players on one team are sidelined for two weeks if they test positive. This is where the asterisks would come from.

If one of the “good” teams wins in the end, people will think it deserved, perhaps even more special than a normal title considering the circumstances. But what if a lower-seeded team ends up winning it all? Or what if one of those ninth-seeded darlings plays itself in and then upsets the home-court-less top dog in round one? That would feel disastrous in the moment. But, again, the possibility of that is not worth simply not playing at all. It’s just something that will be special about 2020, among many other things.

You kind of said it, but maybe did not want to infer a direct comparison. The remainder of the 2019-20 NBA season featuring 22 teams and the 2020 NBA playoffs are going to feel like March Madness! We won’t necessarily have the single elimination madness, but a lack of home court advantage, our eight game play-in, along with cramming all of this into a small package of time creates a new madness all its own.

August Apocalypse has the wrong ring to it after facing down a pandemic. September is too long of a word, so this resumed 2020 NBA season is being dubbed Summer Sizzle, because there’s not an analogy for madness that begins with the letter S. #SummerSizzle for life! All kidding aside, this tournament is going to be fun. I’m excited to debate whether it will be MORE fun than the NHL tournament, but this article is about basketball. Picking only the teams with a true shot at the 2020 NBA playoffs is smart. No one wants to watch the Knicks play meaningless games in November of a normal year. They certainly don’t want to during Summer Sizzle.

It seems rather unlikely that any of our players will get sick during this resumed season. The stadiums will be unbelievably clean. All players will be cleared prior to rejoining their teams and they won’t be going anywhere once training camps start back up. If a complete group of healthy players all stick together, then the odds of a random sick person infiltrating the NBA bubble is quite low. This bodes well for all sports, but especially the NBA which only needs a few officials and a camera crew to play games.

As a fan of sports, I am thrilled. As someone who doesn’t usually get too excited about basketball, I am also thrilled! This is a once in a lifetime undertaking. It’s a March Madness style Summer Sizzle of games played by the world’s best. Both of my Los Angeles teams will get to square off and bragging rights can finally be earned. The Warriors have been mercifully eliminated as predicted nearly a year ago. Now we get the rest of the season and the 2020 NBA playoffs.

I honestly can’t find a downside to the NBA’s plan. Sure, the next season will likely be truncated and/or adjusted. But that will only make every remaining game more exciting. Less is more for the NBA and now we have it. #SummerSizzle