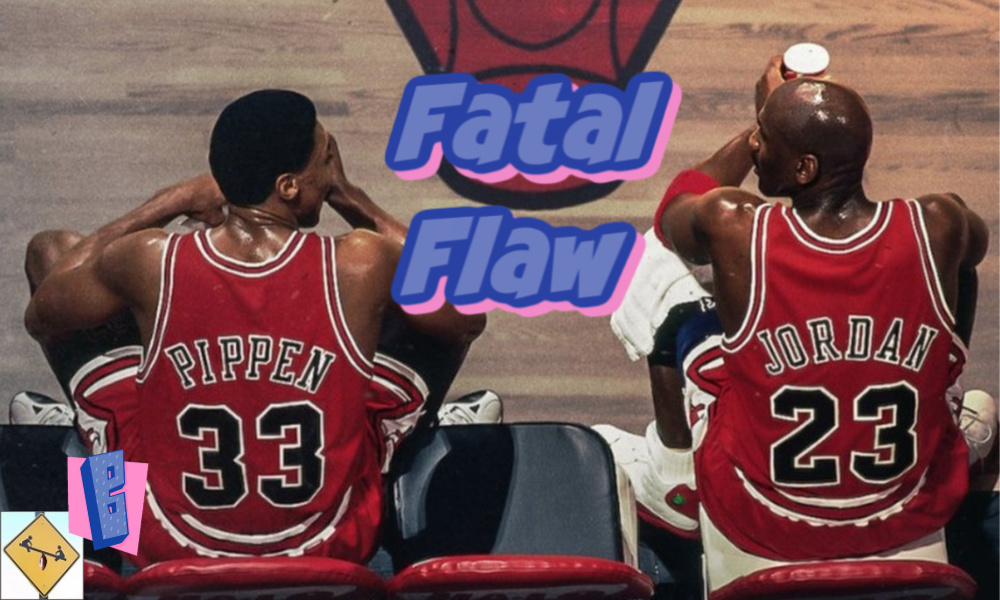 Some flaws are beyond our control, and the villain of the Michael Jordan documentary ‘The Last Dance’ is a prisoner of circumstance. Time is a fatal flaw, because Krause would never be vilified today.

Have you been watching the Michael Jordan documentary, The Last Dance? We are six episodes through the 10-episode arc, and it has been fun and exciting. But I can’t help but harp on one, small part of the story. Let’s call it a fatal flaw, because the story itself is a prisoner of the moment. Krause would never be vilified today.

For all intents and purposes, general manager Jerry Krause is the villain in the story. He is now dead, which helps to frame it around someone who can’t defend themselves. But he is also the one (unless you think he was entirely taking orders from owner Jerry Reinsdorf, which is plausible) that broke up the squad and caused The Last Dance to be just that.

More BuzzChomp: Inside Jason Segal’s Mind on Dispatches From Elsewhere

Krause wanted more credit than he was getting for how the dynasty was built and sustained. He kept reiterating to the media how organizations win titles, not players alone. He, with the backing of ownership, refused to renegotiate with Scottie Pippen after the latter signed a below-market value contract. He feuded with Phil Jackson and refused to bring the coach back after giving him one, final one-year contract.

There were smaller pieces as well. Jordan belittled Krause seemingly throughout his entire career. Krause decided to pay for Toni Kukoc to come over rather than talk extension with Pippen. Etc, etc. Krause is the guy who broke up the greatest dynasty in history. Depending on how much credit you want to give him for creating it in the first place with shrewd additions to the Jordan core, his villainy is the character he is given in this doc.

Interestingly, I feel like he would be talked about much differently if the same scenario was playing out right now. In 2020, fans are much smarter about the business aspect of sports than they were 20+ years ago. They are much smarter AND much more interested in it. If this Chicago team was happening now (COVID suspension not withstanding), would Krause be thought of as… smart and forward thinking?

He was looking at how to rebuild this current championship squad because he saw the writing on the wall. Jordan made too much money to surround him with other very expensive players. The team wouldn’t be able to afford the same roster the next season regardless. Krause knew the Pippen bill would come and be super expensive. He looked to move him before losing him for nothing. This is the type of smart, front office move teams covet nowadays.

I can see the counter. Teams don’t break up current champions. As long as they kept winning, Krause should have waited until the salary cap forced his hand. But that could have resulted in a deadly period of losing after the fact. Chicago ended up falling into that period anyway because the planned rebuild failed. But wasn’t he smart to be looking ahead and not waiting to be thrown into that ditch of the dying former champion?

Time is a bitter mistress and truly changes all things. Imagine if Michael Jordan was in today’s NBA and tried pulling the egotistical moves he made back in the 90’s. The media roasted LeBron James for merely trying to overcome an incompetent ownership situation in Cleveland. He was roasted all over again for “returning home” to finish what he started with the Cavaliers. Players keep trying to “take over” their teams and build a winner, a la Jordan’s Bulls, but zero players are better general managers than the GM’s themselves.

Today’s NBA allows a player to aid in the courtship process and bring in a star player that might not otherwise be available. But GM’s are team builders. That is their job, not the job of a player. Krause’s job was to manage both the immediate and big picture view of his Chicago Bulls. Hindsight is unfavorable, since the teams that followed The Last Dance in Chicago were losers. Imagine if they had a one year downturn, followed by renewed playoff dominance. What would we be saying about Krause’s Bulls now?

Because fans now understand the entire process of building a winner, at least in principal, we can actually form an opinion on the ever present debate that rages among NBA front offices. This debate is not unique to the NBA, but as this was The Last Dance of Jordan’s Bulls, its what is relevant. When do you flip the switch from ‘championship or bust’ to rebuilding for a future champion?

The New England Patriots just made this decision. They saw the writing on the wall last season as the team failed to defend their championship and got worse in the process. Tom Brady left because New England refused to pay too much to keep the team together. The New York Yankees allowed for a few rebuilding seasons after Jeter’s dynasty was officially over and now the Yankees are once again one of the World Series favorites. Doing what Krause attempted is smart, but you have to make the switch at the right moment.

Villain is too strong a word for Krause, but its apt for this documentary. He likely killed the dynasty one or two seasons too early. You overpay Pippen because Jordan needed him more than ever at the end of the dynasty. Teams win championships, not one player. Krause claimed to understand this, but if he truly did then he would have kept the winning core around Jordan a little longer. Looking to the future only works if you are there to do something with it. Krause gets no credit because he was thinking money over titles. Perhaps we view him on Phil Jackson’s level if Jordan’s Bulls were in tact for one or two more seasons.