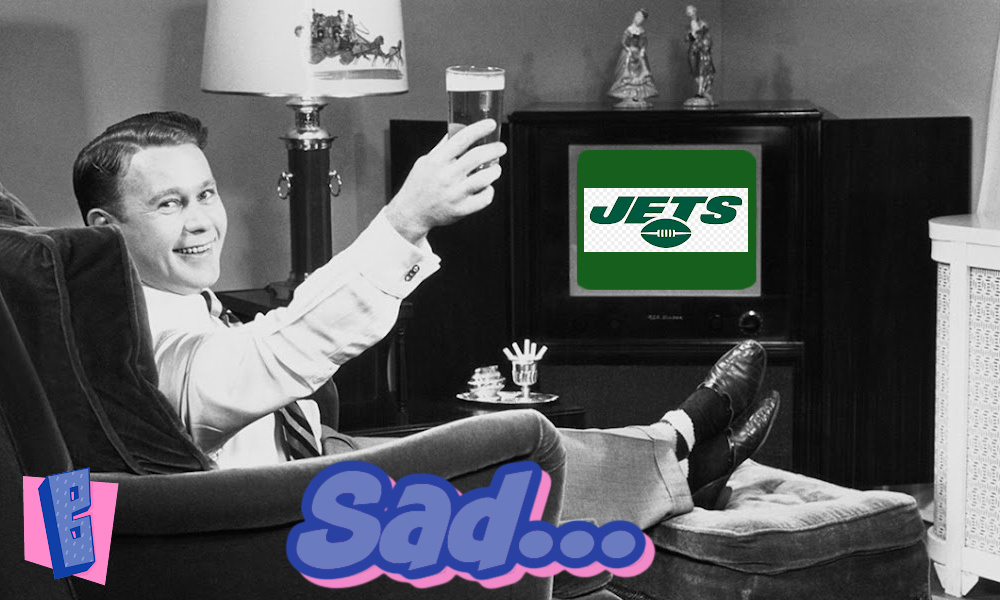 For a league that boasts being the most popular and profitable in the world, watching out of market NFL games is too damn hard. My struggle as a New York Jets fan this season.

Most of us garnered our sports fandom as kids, meaning mine hails from good old New York. I love the New York Jets, even though it’s bad for me. This means that I must get creative in order to watch from my home in Los Angeles. Over the last fifteen plus years I’ve rarely missed a game, but this season a change was necessary.

It was time to cast aside my bloated Direct TV subscription, meaning the gigantic monopoly that is NFL Sunday Ticket was no longer an option. You are not allowed to subscribe to Sunday Ticket as a standalone service if the satellite TV service is available to you. Stupid. You are not allowed to choose who you would like your “local” CBS affiliate to be either. Dumb. Watching out of market NFL games is too damn hard.

My Out of Market NFL Saga

Satellite television was good to me, but I rarely watched it these past few years. It was legitimate effort to consistently keep the monthly bill below $75 and the main reason I had it was for NFL Sunday Ticket. For those short on math, I was spending at least $900 a year in order to pay $300 a season to watch the NFL. How much is your fandom worth? Considering the state of the New York Jets, mine was no longer worth that. Add in the fact that Direct TV customer service is annoying at best and infuriating at worst. Now you know why I left and the service itself is quickly spiraling into the dark abyss of history.

It should come as no surprise that I have family in the New York area. Without a viable option to watch my beloved New York Jets, I was quickly provided a potential lifeline for NFL Week 1. Spectrum TV lets you stream via its app, so I logged into a family member’s account to see how much was available. The entire TV guide popped up and I was hopeful that the New York CBS channel would be available to me. Unfortunately, only a selection of channels are available to stream away from your home network. CBS New York was blacked out.

Surely the NFL itself offers a solid option to watch out of market NFL games. Game Pass sounds great according to its marketing and costs only $100 for the season. Watch every NFL game in full as soon as the final whistle blows. Even watch the entire game condensed down to 40 minutes for a unique take on the action. False advertising. I tried this for NFL Week 1, only to be sorely disappointed. First of all, it is nearly impossible to scroll to the game you want to watch without seeing the score. Game Pass is live, so everything is up to date. This service is designed to re-watch a game, not watch it for the first time. To make matters worse, the replay of games is not available right away. You must wait a few hours. The condensed version wasn’t available until the next day. NFL Game Pass serves zero purpose, so I canceled the service.

Direct TV sucks, Spectrum didn’t work, and NFL Game Pass failed to deliver. What about Paramount+ which offers you the ability to stream your local CBS affiliate live? First of all, I am loving Paramount+ right now. It’s very good and costs either $50 or $100 a year depending on your preferences. That’s about one month of my old Direct TV service. Therefore, for NFL Week 2 I tried to watch my Jets this way. I use a VPN and switched my location to New York. This is how you get Paramount+ to give you the local CBS affiliate you actually want to watch, by providing an IP address for the location you desire. Unfortunately, this did not work either. I chose New York City on my VPN and verified that the IP address my VPN was using was in fact for New York City. Paramount+ streamed the Philadelphia CBS. I tried a ton of other cities, but Philly was as close as I got to New York, Connecticut, and New England as a whole. My New York Jets were unavailable once again.

I was unable to watch my New York Jets, but I can listen to the radio play by play. The official New York Jets app, along with several other services, streams the game via ESPN Radio. This was fine, but an insufficient alternative to actually watching my team. The announcers do a great job, but I can’t truly tell how my team looks without actually seeing them. In NFL Week 2 I missed very little and am probably lucky to have only listened to the pain of Wilson’s four interceptions. But the eye test is paramount for judging a team’s progress and actual abilities in a given season. This is especially true for rookies and the Jets have a ton of them. While technically an option, listening to the radio comes up short.

Let me buy what I want Damn it

I’m paying for Paramount+, but I can’t choose which CBS to watch. Why the hell not? You own them all, so what’s the difference which one I watch? NFL Sunday Ticket exists as a standalone service, but not for those who have the option for Direct TV satellite service. Why the hell not? Don’t you want my money? Don’t you want to be successful and continue to exist as a company? Surely someone in your office is smart enough to realize that if you offered a basic $10 a month Direct TV subscription that allowed you to buy the $300 NFL Sunday Ticket, tons of people like me would do it. I don’t want your TV service, just the NFL games. Take my money. Let me buy what I want damn it. Watching out of market NFL games is too damn hard!

Out of Market NFL photo credits: SI.com and Bleacher Report