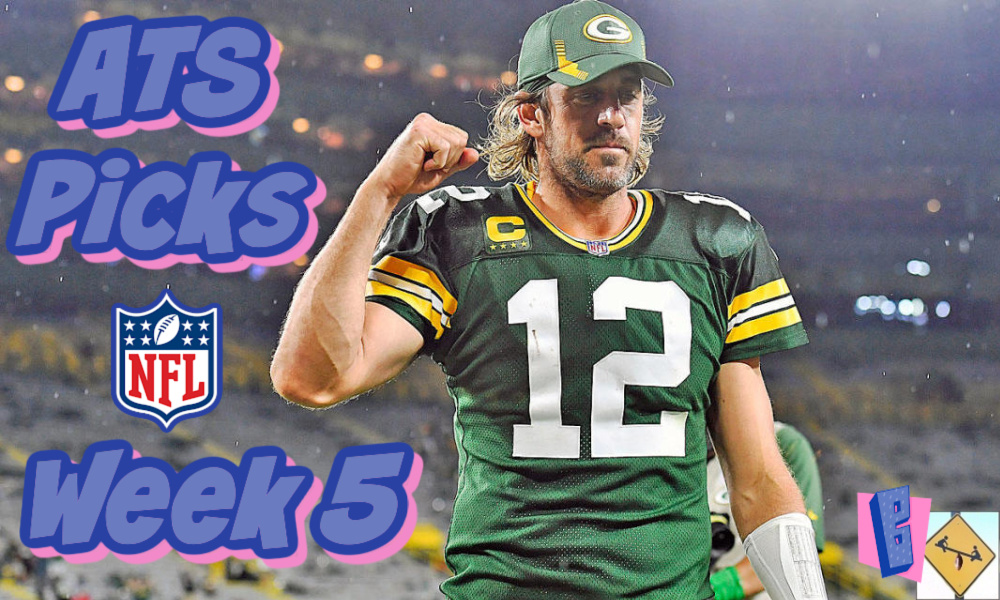 One month of football told us very little, but a select few teams are playing great despite always giving points ATS. What does NFL Week 5 hold? Back those winners baby. Your best picks against the spread.

Last-second and overtime wins were the story of Week 4. Upsets, both straight-up and against the spread, ran rampant. We are not quite through a quarter of the season, but after four games, zero teams remain winless ATS, and just one is undefeated: Dallas at 4-0. That bell curve makes it hard to latch onto a pattern in the early going. But, perhaps, that’s a good thing. Early season patterns don’t last for long in this league.

Where do we stand in NFL Week 5? We stand with four playoff teams, or at least teams that are playing near playoff form. Each week, Dan and Todd will select two games against the spread. NFL Week 5 is for winners who don’t care about giving up points. Toss them aside. Todd is all over two division leaders, while Dan is about our Super Bowl hopefuls.

Tennessee had a cupcake schedule the two weeks heading toward its matchup with Buffalo in Week 6. The Titans got tripped up by the first pushover, losing to the Jets in overtime. I think that actually helps them here. It was a wakeup call that this team is not good enough to overlook anyone.

The Titans had division title and playoff aspirations before the season started. At 2-2, with a bad loss, they need to reassess. Putting away Jacksonville here is paramount. The Jaguars are 0-4, 1-3 ATS. Maybe they could have won last week’s game, but that is hardly a ringing endorsement. They have not yet been competitive this season. With a rebuilding team, it makes sense. The Titans should win easily on the road. Since we assumed the same thing last week, it seems highly improbable for them to drop both contests.

After a horrid Week 1, Green Bay is righting the ship. It has won three straight, both straight-up and ATS. The schedule has been very easy, but that doesn’t change this week (or the next). Cincinnati is not a guaranteed win, but the Packers have enough weapons and talent to win and cover on the road against a bottom-feeder club. The Bengals are 3-1, but it certainly feels like a schedule-based record at this point. No one would put them even in the middle of the pack in the AFC right now. That changes with a win over the Packers, but I don’t see it happening. This is where reality hits for the young cats in Cincy.

Who posted a shutout last weekend while laying a 40 spot on the scoreboard? Not Kansas City, but the Buffalo Bills. Sure, Houston stinks, but Buffalo is really good. So are the Chiefs, but their defense hasn’t been slowing much of anyone down. The Bills defense has been stout, but will they bend or break in this matchup?

I expect a very close football game, whether or not it’s a shootout or a low scoring game. That means a field goal with Buffalo is a sweet spot for betting this line. With so many games ending on the final play, I smell another one here. Back the Bills and take the points. Both of these teams are championship worthy contenders.

The one team that knows Tom Brady and the Buccaneers best nearly held them in check, but Miami is not New England. Tampa Bay will be itching to prove themselves at home in NFL Week 5 after getting stunted versus the Patriots. I hate dropping so many points, but the Dolphins don’t deserve anyone’s confidence.

Tampa Bay is going to blow the socks off the Dolphins, especially when most everyone expected them to last week and they couldn’t. One team is championship ready. The other is bottom feeding minus its starting quarterback. Don’t think twice about backing the Buccaneers. Give up the points and ride the winner.