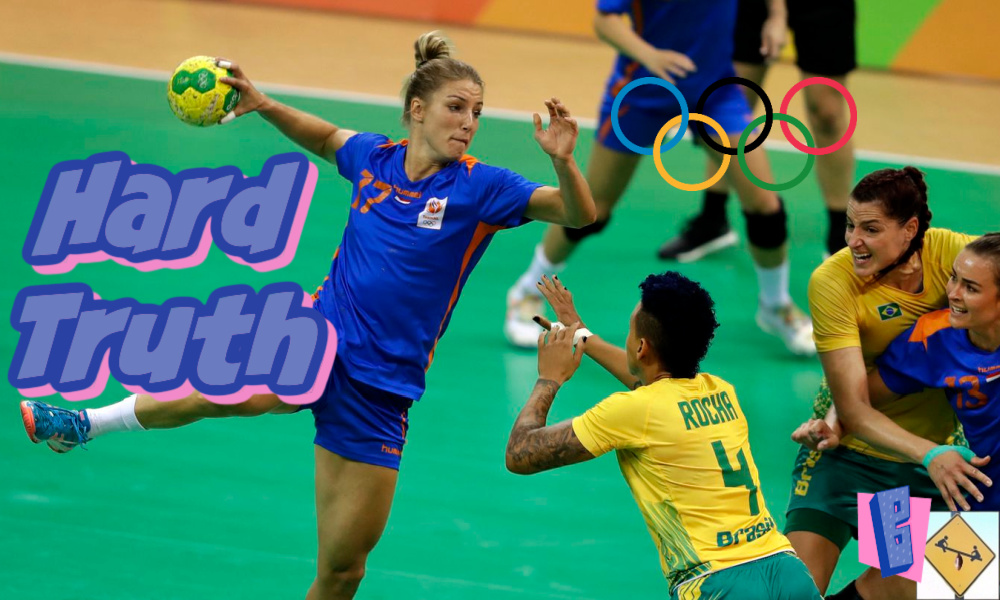 The Summer Olympics were a resounding success, mainly because they finished. So what about those random sports people apparently love? Why is handball so popular?

Sunday marked the final day of the 2020(1) Summer Olympics in Tokyo. The United States won the most medals and the most golds. Everyone shit on NBC for the way it covered the event. And coronavirus seemed to not really be an issue?

We’re not positive about that last part. The NBC coverage literally never touched on the virus at all. Which, you know, who can blame them? Todd watched a pretty good amount of the Olympic coverage on numerous NBC channels and did not hear a peep. Neither of us saw any headlines or heard any news stories about spread throughout the athletes or issues within the campus. Barring spectators was obviously the right decision. Maybe we will hear some horror stories in the coming weeks as everyone returns to their home countries, but for now, it seems like any worst-case scenario was avoided.

That alone means the Olympics were a success. It seemed idiotic to hold them at all, but apparently, it worked out. And after the fact, it was fun to have them back! The Olympics are so weird. No one cares about any of these sports, and the sports we do care about have better versions outside of the Olympics. And yet, the contests are exciting. You can feel how much it means to the athletes even if we will forget they even exist by next week. That just makes it good, old-fashioned TV. You don’t need to know or follow the actors’ careers to enjoy their role in a show. When the show is over, we move on to something else.

Since the Summer Olympics were successful and fun, we open the door for some tough questions and hard opinions. Why do people seem to love handball? Why doesn’t volleyball get any love? We don’t have answers, but we do have hard truths to bare.

Hard Truths of the Summer Olympics

I must make one stand against the Summer Olympics. People always harp on the quirky sports they love during these things. For the winter games, it is usually curling or maybe bobsled. These are not the heavy-hitting sports of the games. They aren’t figure skating or skiing. But their relative obscurity makes them underdog winners. For the summer games, gymnastics, swimming, and track and field obviously dominate. The quirky love becomes, for a lot of folks, handball. Some even mark it as the greatest Olympic sport. Here comes my stand that I am taking. Team handball kind of sucks.

I know what the counter argument is. Handball combines elements of soccer, basketball, and even hockey. It is fast-paced and energetic, with guys flying through the air, making crazy shots. I get that. But it combines the bad parts of a lot of sports and delivers a product that is just plain weird.

Admittedly, I do not know many of the rules. There are random stoppages for shoving and then other tackling that seems allowed. There are penalty shots and places on the court some guys can’t go but others can. I’m not hung up on the rules. It’s the gameplay that bothers me. It is a free-flowing game, supposedly like basketball. But players are prohibited from moving wherever they want. Every possession becomes the offensive team throwing it around the semicircle until one guy decides to dive forward and chuck the ball at the net. And he almost always scores because the net is huge, and the goalie is just blindly moving his arms and legs. If he doesn’t score, he falls down and gets a penalty, which seems deserved based on the defenders just man-handling the player with the ball. Then the whole process starts again, unless they get a penalty shot, which also almost always results in a goal.

I don’t know; I feel like the fact that handball is only watched by people every four years blinds them to the nuances of the game, and not in a bad way. The blinding is beneficial. If we watched more often and more closely, we would all realize handball is kind of dumb, and we already improved upon it with these other sports that exist. Now, if you want the real answer of the under-the-radar sport that is awesome and should be way more popular in non-Olympic years, the answer is volleyball. Indoor, outdoor, men’s, women’s, it doesn’t matter. Volleyball is the correct answer.

The Summer Olympics were certainly a success, but we have no idea of what actually went on in Japan. All we know is what NBC and the like broadcast on television. Without fans, there is no insight into all of the time in between events. We learned when an athlete tested positive, or at least when the media wanted to let us know it happened. My point is that the International Olympic Committee (IOC) is deep in the pockets of every country around the world. It’s literally in the entire world’s best interest for nothing to go wrong at the Olympics. Low and behold, nothing went wrong… that we know of. Success!

Setting my cynicism aside, it was great for the entire endeavor to take place and finish itself. It was great for the athletes who have spent years training for this very moment to actually have the spotlight they rightfully earned. That being said, I do not like the Olympics. There, I said it. My unpopular opinion has been published, so read on with your vitriol or scorn if you must. I do not like the Summer Olympics and I do not like the Winter Olympics. There are sports within each that I like, but the show is not for me.

Because of this, I completely agree with your sentiments surrounding handball. You make it sound awful and aggravating. It seems like a sport that could be fun to play, but is terrible to watch. So I second your statement that handball sucks and it does not deserve such love. I’m also fully with you on the volleyball bandwagon.

It seems ludicrous that there are no volleyball arenas at Miami Beach and Venice Beach for the United States Professional Volleyball League (USPVL) to play. Does such a league exist? It should! Volleyball is almost always played by super fit people in tight fitting clothes. They are monster athletes diving in sand or on a court. This is great! Unfortunately, there is not much money behind the sport outside of the Olympics. Rules requiring absurd clothing choices for women need to go and a co-ed version needs to happen as well. Considering how many people show up to watch golf, I don’t get why volleyball isn’t more popular.