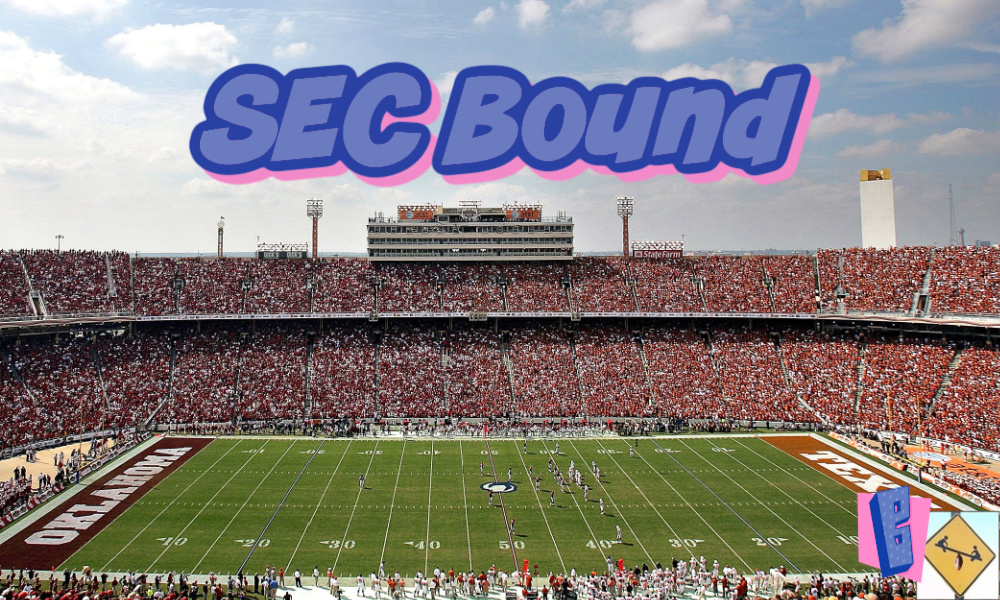 College Football realignment means dramatic change to the sport, but this dark road has a bright future. Sure its about more money, but better football awaits as well.

The first college football AP top 25 poll was released this week, but that is hardly what people are talking about. When it comes to this sport, nothing on the field is of any importance at this current juncture. All people can talk about is college football realignment and the possible upheaval of the sport as we know it.

Most folks think this realignment was precipitated by the court ruling allowing amateur athletes to make money off their own person, image, and likeness. Maybe that pushed things into motion, but it was coming down the pike regardless. No amount of money is enough money for these institutions and leagues. They always want more. They always get more.

More BuzzChomp: Why is Handball at the Summer Olympics so Popular?

The latest way to get more is to move to the SEC. That is where Oklahoma and Texas, two of the biggest programs in the nation, are peacing off to once they are allowed to do so. They each formally accepted an invitation into the league. Now, every other day, we hear about another slew of programs trying to reposition themselves into a better spot for the future.

Maybe the ACC, Pac-12, and Big Ten are going to team up for an alliance to battle against the SEC behemoth. Maybe someone will finally pluck Notre Dame out of the independents. Perhaps everyone worth their bread will end up joining one huge conference, and the also-rans will be playing in some other league entirely. It’s all on the table. This spells a dark road ahead for college football, but luckily it leads to a brighter future.

The NCAA was certainly dreading this dramatic change to it’s sport, just as it was dreading players making money off the field. The entire sport is at a hinge point with no one sure where it will go. Sappy folks are furious. They love rivalries and identities. Classic rivalries are disappearing, and conference identities won’t exist for much longer. The idea of the Big Ten being hard-nosed or the Big 12 being high-flying doesn’t work when none of the schools are the same, the conferences don’t resemble their old selves, and recruiting doesn’t come down to that nostalgia anyway. Nothing will feel the same because nothing is the same.

The business folks may end up furious as well if their client/school/program/conference gets left out. Only so many people or universities can make that high-level bank. Building a super conference to make the most TV revenue only feels super if a bunch of people are left out. The SEC is only awesome and peerless if it does not add new folks who are anything but.

Also on BuzzChomp: There are 3 Fantasy Football Sleepers on the NY Jets

So who is happy about this? Well, that’s obvious: the people making the waves. OU and Texas are elated to jump ship and help create the latest super conference. Everyone else is reacting right now. That reaction could lead to mistakes that alter the sport forever.

Is there any way to see where this is headed, and if it will end up being good for…anyone? I haven’t even addressed how any of this impacts play on the field. Recruiting and roster construction were never fair, but if only a set number of schools end up being relevant to the discussion of college football, where does that leave everyone else?

It’s cute of you to pretend that all schools were relevant in college football up until now. Only a set number of schools have been relevant for at least a decade, if not our entire lives. Simply look at who gets the national TV games, who gets serious postseason consideration, and where the top coaches reside. Those are the relevant schools, making up a tiny fraction of the total number of college football programs. Perhaps cupcake matchups will dwindle, but that too seems unlikely. What exactly does college football realignment change?

Realignment in such a grand fashion as is coming will do two very important things for the sport of college football. It will dramatically increase the value and cash flow for teams like Texas and OU who are joining the SEC, which rivals professional sports in its notoriety and ability to capture the nation’s attention. The entire value of the SEC goes up, because it has more schools with big time fan bases. This in turn makes it more lucrative for its players and will boost recruiting for those schools in the SEC. Players can make more money at an SEC school, rather than somewhere else.

In turn, with more SEC teams, schools don’t need to play games out of conference. The idea of cupcake games goes away, which is unfortunate for schools that need that cash flow when someone like Alabama pays them to play for a near certain loss. But this is better for the sport, because more games each week are worth watching and have relevance to the College Football Playoff (CFP). It also forces the NCAA to rethink how bowl games are awarded, meaning better matchups and ultimately more money.

Everything comes back to money. Winning the SEC championship will mean more with more schools, but it also means less in the bigger picture. Conference championships mean significantly less, because the automatic bids to bowl games must go away with fewer “power” conferences in existence. This means it’s likely harder to make the CFP without making it to the championship of your conference. That’s a good thing. It also means that perhaps bowl game matchups get assigned based upon final rankings. I would love to see team #5 play team #6, as opposed to a traditional matchup of the Pac12 champion versus the Big Ten champion. There’s a rocky road to traverse, but I’m seeing a ton of positive light at the end of the college football realignment tunnel.