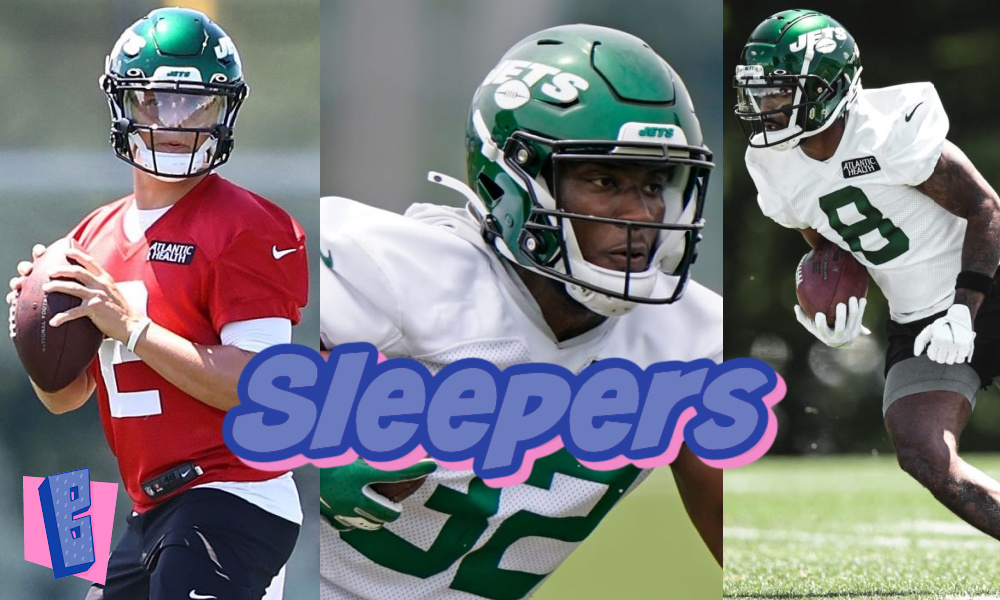 Winning your fantasy league requires seeing the stars before they shine. You must snag rookies and jump on players after week one, no matter the risks. Every member of the New York Jets enters the 2021 season as fantasy football sleepers. The team was gutted and only their shiny new quarterback is known to the national audience. But even Zach Wilson is a great unknown, making him a full on sleeper.

More BuzzChomp: Get Year Round Beach Vibes at Home with Our Guide

Fantasy football sleepers are inherently surprises. They are guys that most of us have yet to hear about or pay any attention to. Maybe they had a luke warm rookie season or have recently switched teams. Maybe they are rookies themselves with only local fanfare. This was Justin Herbert last year, but now he’s a fantasy stud. These three New York Jets are all rookies and may all have dominating seasons. You must draft them.

Elijah Moore is likely to be a hot commodity at draft time, but that doesn’t make him any less of a fantasy sleeper. He fell unexpectedly into the second round of the draft and has a huge chip on his shoulder because of it. As a rookie, Moore has the highest ceiling of nearly all first year wide receivers. He also has low expectations because of the offense he’s in. That makes Moore a bonafide sleeper, someone that many owners will pass on because they don’t trust Zach Wilson.

Wilson and the Jets’ offense don’t need to be great for Moore to be great. He is going to be hard to cover and team defenses will likely focus on the Jets’ other starting receivers over Moore in the early games of the season. This equates to mismatches galore for a player with WR1 potential. Moore has been a standout at Jets’ camp and ensured his place in the starting lineup. If anyone is going to take the top off a defense for New York, it’s Elijah Moore.

Michael Carter is what we call a deep sleeper, but nearly all unknown running backs fall into this category. Fans of the Jets know of Carter, but most others will not. He’s not New York’s starting running back… yet, but the Jets are likely to use a two or three man rotation in the backfield. Their offense is predicated on speed and Carter’s skill set is a perfect fit.

How will a fourth round running back see the field enough for fantasy relevance? Carter has quickly risen up the depth chart during camp and is absolutely going to get opportunities in week one. He may even start the game, but this is a deep sleeper pick remember. With the running back position being so thin at the top, every owner needs depth, especially with mid-level players. Carter can be had late in drafts and may find his way into your starting lineup by week two or three. Winning owners snatch up players like him. I will be one of them.

Of all the fantasy football sleepers, Zach Wilson is one of the most obvious. Rookie quarterbacks are always coveted, but most owners tend to wait and see how they perform before adding them to their team. Wilson won’t be passed over entirely, but he will come cheap. I’m not saying he’ll be Justin Herbert good this season, but he can easily reach that level by the end of the year.

With the QB position accounting for so much of our fantasy points on a weekly basis, you can not afford to miss on Wilson. He has the weapons and the protection to flourish immediately. New York’s offense was designed for his skill set and its what he played in at college. There’s nothing stopping Wilson from succeeding but himself. We don’t know how good he will be, but I guarantee he will be good. Trevor Lawrence is the sexy rookie pickup, but Wilson is your best bet overall.