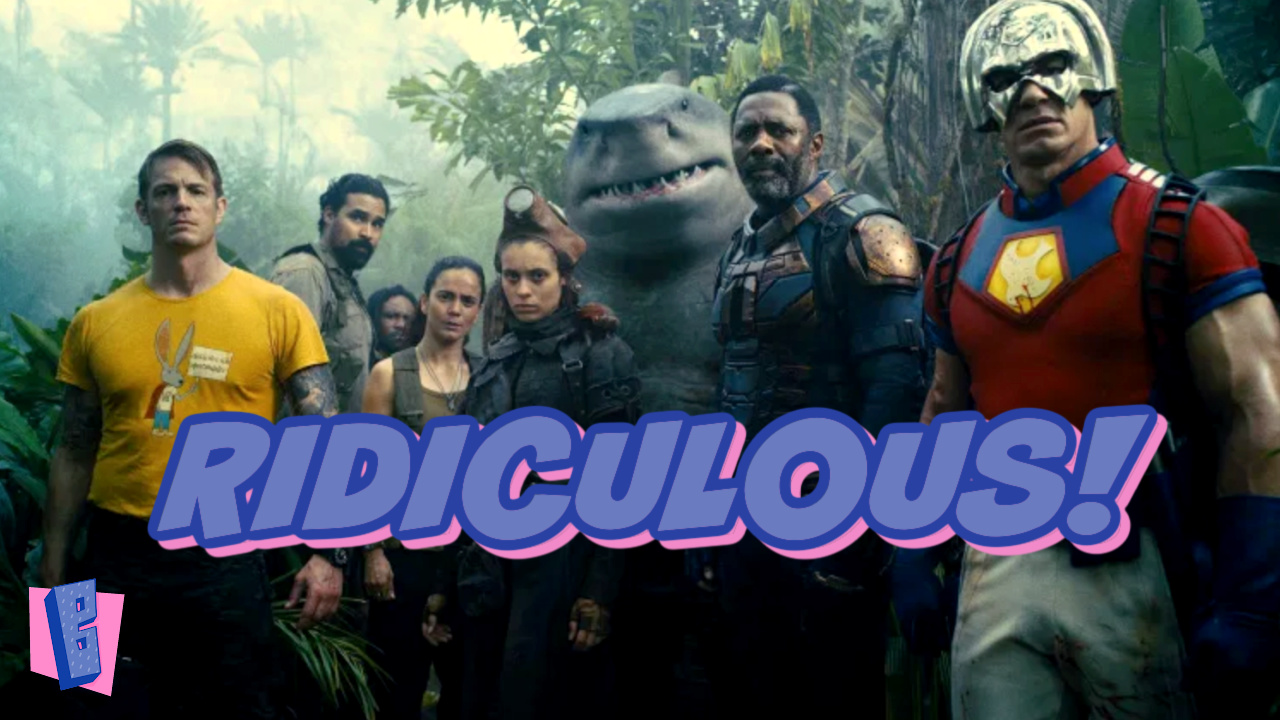 The much anticipated reboot or are we calling it a sequel to The Suicide Squad dropped! It is bloody ridiculous and fun. It’s a long fluff film, but it nails the genre and entertained us.

The Suicide Squad dropped on HBO Max as well as opened in theaters and it’s bloody ridiculous and fun. If you know me, or watched my videos, you know that super hero films are not my jam. I like to watch them because I love pop culture and I love movies, but I never think they’re that good. This one nails the genre and is def fun to watch.

Is the Suicide Squad a masterpiece? No it is not. It is long, definitely a bit too long, but James Gunn adds his flare and style to this film while making it enjoyable. I like the story line of this one better than the first one. The cameos of actors playing other superheroes is awesome! My favorite is of course Pete Davidson as Blackguard. He cracked me up.

The core cast of characters gel really well together. Idris Elba as Bloodsport is enjoyable and I really love the chemistry he has with John Cena’s Peacemaker and Joel Kinnaman’s Colonel Rick Flag. I will say for a spoiler, I’m bummed that they killed off Flag because I love Joel Kinnaman!

More BuzzChomp: The White Lotus Episode 4 | Kitty is in the Coffin

Prior to seeing the film, I didn’t completely get the King Shark rage, but I thoroughly enjoyed him. The joke of him is perfect and they really keep it running the whole time! I loved him in the film. He is silly and ridiculous. It is fabulous that Sylvester Stallone voiced him.

The Suicide Squad is not an Oscar worthy film unless somehow it squeaks in with some sound design or SFX, but it’s fluff and fun. It’s long so get yourself some snacks and enjoy the bloody ride. Share with me your thoughts on this film and make sure you watch my quick review!