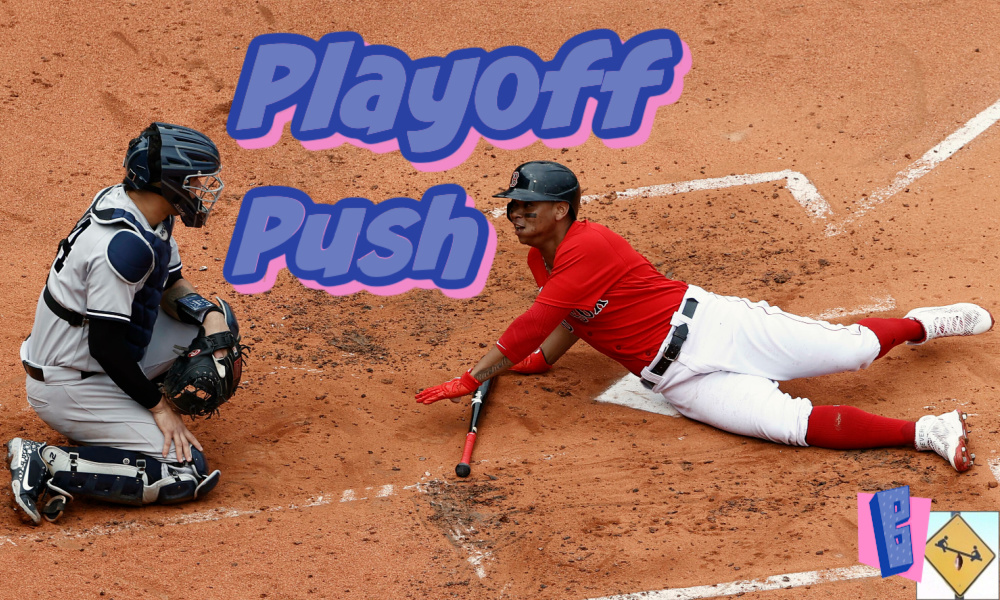 Shenanigans! There’s no other way to define this MLB season, because the MLB Playoffs 2021 appear full of teams on wild streaks, both hot and cold.

Major League Baseball’s standings are in flux. In the American League, it was just a few, short weeks ago that the Boston Red Sox were cruising to a division title. Accompanied by the likes of Tampa Bay, Oakland, and Seattle, they were also siphoning off all possible playoff spots for the New York Yankees. What a difference a month makes, as the Yankees now hold a tight grip on the top wildcard spot in the AL and a place in the MLB Playoffs 2021.

The intrigue is equally high in the National League, as San Francisco refuses to relinquish the NL West to the defending champion Dodgers. Atlanta and Milwaukee have pulled away in their respective divisions, while San Diego’s cold streak has been matched by hotness in Cincinnati. We can’t rely on individual streaks lasting, but we can count on more streaks as the MLB Playoffs 2021 approach. Which team will enter the postseason on fire? Whomever does will likely win it all.

Streaking into the MLB Playoffs 2021

How about them Yankees? New York is now a full 20 games over .500 and has won eleven in a row and 18 of 21. Tampa Bay keeps winning as well, meaning it is now Boston fighting for wildcard positioning with Oakland and Toronto. As of Sunday August 22nd, no one else in the league has better than a two percent chance of making it to the playoffs. And thanks to rest-of-season (ROS) schedules, the top five in the American League are ready to be written out in pencil at the very least.

In the National League, surprising runs have turned the standings on their heads. Atlanta is going to cruise to a division title after fighting it out with Philadelphia and New York for months. Milwaukee has done something similar in the Central. If not for Cincinnati’s own surge, this division would be a runaway as well.

What is certainly not a runaway is the NL West. However, the San Francisco Giants never went away. They, along with Los Angeles, have all but secured a playoff berth. It will be of the utmost importance to hold onto first place in the West, though, and avoid the wildcard play-in game.

Also on BuzzChomp: There are 3 Fantasy Football Sleepers on the NY Jets

We always assumed San Diego would complete the West trio in the postseason. Instead, playoff odds currently give the Padres just a 31.6 percent chance of making the MLB playoffs 2021 at all, let alone challenging the pair atop the division. That is because the Padres have had a mini slide at the worst time. The Reds are rolling and have the second easiest remaining schedule in the entire National League. San Diego’s? The hardest in all of baseball…by a lot!

It seemed as though San Francisco’s weird 2021 run would be interesting for itself. The Giants would bow out in the postseason, and that would be that. However, they have also, somewhat, knocked the Padres out of the playoffs in the process. Whereas the Yankees overcame an unexpected contender in their division in the AL, San Diego could not manage the same feat in the NL… although there is still a month-plus to go.

Will anything else change before the postseason? The top 10 records are not far above the rest of the field, but playoff odds, taking into account ROS schedules, certainly make the picture bleaker for anyone not in that elite group. Maybe we’ll be more focused on individual awards and accolades as the season winds down. Those are certainly up for grabs in drastic contrast from team seeding.

I’m not sure which is more unexpected, the standings from late July, or how streaky teams have been to completely change things since then. Thankfully there is one guarantee with streaks, they even out. Hot streaks are accompanied by cold streaks and vice versa. When a team is “expected” to be either very good or very bad, the expectation usually takes shape over the course of the season. The goal is to hit a hot streak at the end of the year and ride it into the playoffs. Because I’m a fan of the New York Yankees, this truth is both reassuring and utterly scary.

New York is on an incredible hot streak right now, yet they had such a prolonged streak of ineptitude earlier in the season that fans do not need to worry. That being said, this level of winning is not sustainable. Because there is over a month left in the season, the Yankees must at the very least fall back down to our expectations. So long as they don’t hit another losing streak too close to season’s end, New York will be just fine for the postseason and yes, they are definitely making it.

How about the rest of the American League and Boston in particular? The Red Sox played WAY better than initial expectations, but have leveled off recently to be much more in line with what we thought this team would be to start the year. They are a wildcard team and I’d be rather shocked if Boston did not start winning again to secure the final playoff spot in the AL. Oakland is not going away, but they only get in if either the Red Sox or Yankees fall on hard times. Unfortunately for Toronto and Seattle, their good seasons are not good enough.

Our National League playoff field is much less competitive, but holds equal intrigue. No one is catching the division leaders and the Dodgers are a lock for the MLB Playoffs 2021. What intrigues me are the Padres and Reds. We may only be talking about one playoff spot, but these two teams are coming at it from opposite ends of the streaky spectrum. Cincinnati has been playing great baseball in August, while San Diego has been so bad they fired their pitching coach.

It wasn’t that many weeks back when the Padres appeared to be a playoff lock, but now their good season is barely above average. Can they find a hot streak before it’s too late and get back into the MLB Playoffs? Will the Reds keep winning, or do they fall back to what we expected them to be? Late season surges are what makes the season so much fun. The standings matter very little until the calendar turns to September. Even if the top 10 teams remain constant, it’s going to be a wild ride into the playoffs.