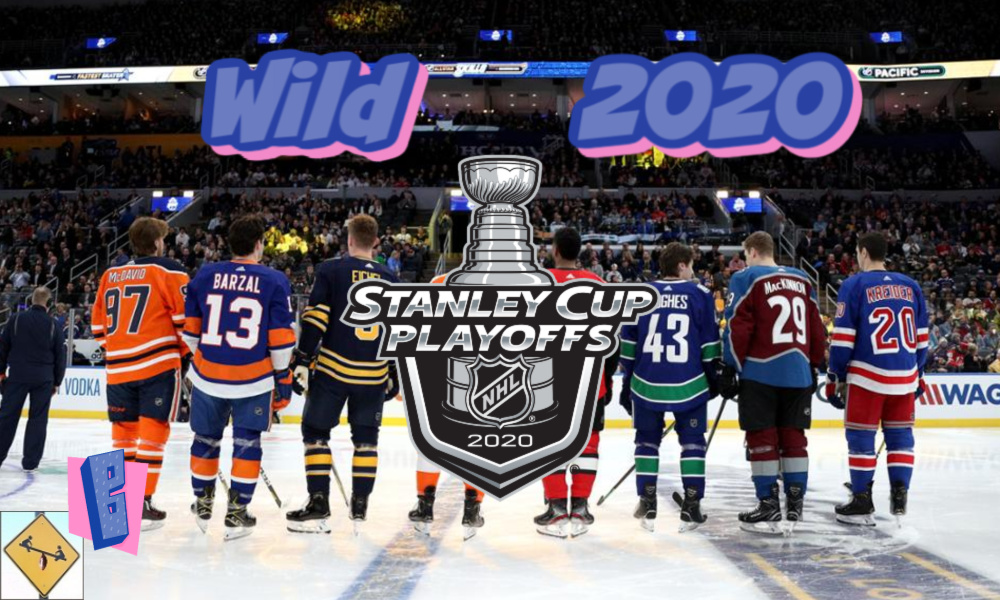 Hockey is back with a brilliant crazy-as-hell tournament that features a whopping 24 teams. Despite the NHL’s brave attempt at the Stanley Cup Playoffs 2020, there are big problems ahead.

Unlike its spring-into-summer counterpart on the hardwood, the NHL decided to scrap the remainder of its 2019-20 regular season. They are instead moving straight into the postseason whenever the pandemic allows for it to continue action. Bring on the Stanley Cup Playoffs 2020 baby!

Instead of the normal 16 playoff teams, hockey is allowing 24 teams to enter the race for the Stanley Cup. Sixteen teams were already a technical majority of the league, so let’s call 24 teams the vast majority of the league. How do you feel about that many teams having a legit shot at winning the title? The entire Central Division will be playing in the playoffs!

I know the cutoff had to be made somewhere. And it certainly wouldn’t have felt fair to just allow the top 16 to continue. Teams like Minnesota and the Islanders were just a single point out of eighth position when the season was halted. But this doesn’t feel like the right cutoff. Why does Montreal get in at 10 points out of a real playoff spot in the East, but Anaheim is out of luck 11 points out in the West? Taking 22 total would even seem more logical. With how far back the Canadiens were from the rest of the East teams that made it, they should be out. And Chicago finished dead last in its division. They should not be a playoff team.

There’s also another aspect of hockey’s return to play that varies drastically from what the NBA decided. There are no more regular-season games, but you don’t want the best teams sitting even longer while lower seeds attempt to advance. Therefore, there will be a round-robin between the top eight clubs to determine seeding. I suppose this isn’t all that different from the NBA playing the rest of a faux regular season when most teams have clinched, but it certainly feels different. It feels like the top teams will be skating around, biding their time, just trying to get in shape. Meanwhile, the worse teams will be getting real action under their belts. Who knows if that could have an impact on upsets once 24 teams are cut to 16.

After the round robin, and once the other group of 16 is trimmed in half (giving us a total of 16 remaining playoff teams), the playoffs will continue like any normal season, though with games played in two hub cities. So just like the NBA, there will be no crowds to offer a home-ice advantage, and there will be no home-stadium comforts either. Hockey doesn’t feel as reliant on home advantage as a sport like basketball, but maybe the data says otherwise. Either way, I’m sure the top teams wish their postseason wasn’t being played in neutral sites.

Just like with the NBA, any return to action is better than none. And we still don’t have the particulars on where and when the NHL will actually be returning. But there are some interesting decisions the league and teams made in restarting the sport like this.

If the amount of games played ends up being comparable, I think the NBA’s plan makes more sense. If you’re going to play all these games for seeding and to advance into the real postseason, why not just call those the end of the regular season, and give us the standard Stanley Cup Playoffs 2020? Branching out into a 24-team postseason makes no sense beyond being able to call each game a “playoff game” for advertising purposes.

Advertising will be everything and having a once in a lifetime enormous playoff round-robin tournament is kind of brilliant. Since fans won’t be allowed in the arena to watch, make the Stanley Cup Playoffs 2020 into the biggest, baddest hockey show imaginable. This all sounds like a great plan, aside from the somewhat arbitrary cutoff that was made to narrow the field to 24 teams. But there are some huge problems with the execution and ultimate success of holding these playoffs.

So as not to ignore the most obvious question, I do not have an issue with 24 teams participating in this tournament. Despite the appearance of an even playing field, there is no advantage given to the “bad” teams from the regular season. Sure, they have a shot at advancing. But does anyone really believe we are going to get major upsets? In the entire history of the NCAA tournament the 1 and 2 seeds win 99.9% of the time in the first round. Don’t hold me to my math. The Final Four normally has two or more 1 seeds as well, so why will the Stanley Cup Playoffs 2020 be any different?

Including so many teams is not truly a problem, but it certainly leads us to the bigger issue for this hockey tournament. It’s going to take a long time to play out. The NHL will be directly competing with the NBA, NFL and MLB for viewership on television. This assumes both the NBA and MLB agree to play, but it’s hard to imagine them not at least trying. Normally the NHL avoids direct competition. Only the NBA is in playoff mode when the Stanley Cup playoffs take place. But the 2020 Stanley Cup will need fans to watch on television, yet have to convince them to watch over the other major US sports.

Creating a 24 team crazy as hell playoff tournament at least helps make things more interesting. Hockey fans will tune in to watch professional hockey, so this tournament is not truly for them. It’s cool and a little wild. This makes me think they are desperately hoping to steal eyeballs from the other major sports, improve their TV numbers and make up a little for the lack of revenue from actual people attending in person. But none of this really matters. Having sports return in 2020 is all I care about. If the NBA players balk and the MLB players hold out, we may have the NHL and NFL and that’s it. Talk about a win for hockey.