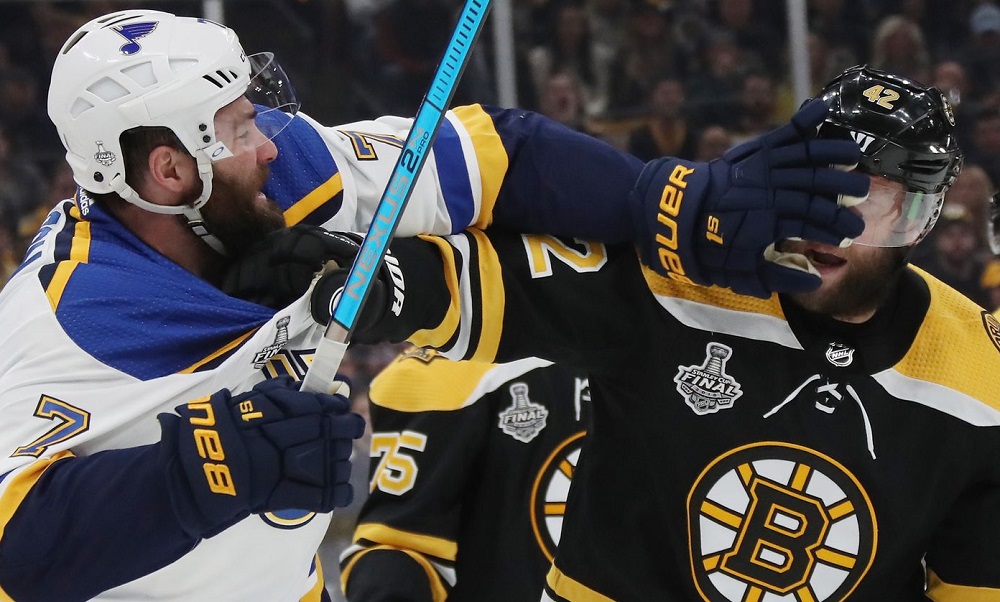 As the Stanley Cup Finals 2019 wind down, how do you bet this deadlocked series? Boston and St. Louis aren’t making it easy, and picking a winner seems impossible.

The St. Louis Blues and Boston Bruins have been in a deadlocked heat to win the Stanley Cup Finals 2019. Game one saw St. Louis blow a 2-0 lead and fall 4-2. Game two was Boston’s turn to blow a lead, and it did so twice, eventually losing in overtime. A re-exertion of dominance occurred in game three as the Bruins unleashed seven goals. The back-and-forth affair has continued as the two teams reach the end of the series, and thus the conclusion of the hockey season. It will have been a culmination of 12 months of hard work. It also makes picking a winner of this deadlocked series quite challenging.

This time last year, as the Washington Capitals were eliminating the expansion Vegas Golden Knights to win the cup, the normal names were thrown into lists of NHL playoffs predictions for the upcoming ’19 season. We recently looked ahead towards the 2020 season, because odds are already available by the bookmakers like Bodog. Looking back, it is both logical yet completely inexplicable which teams were thought to be the likeliest to hoist the Stanley Cup.

More BuzzChomp: Can any NL team stop the Dodgers?

Boston is a pedigree program. The Bruins have remained among the top contenders from June to June, never drifting higher than 25/1 as they attempt to win their first title since 2011. On the other hand, the Blues have run the gamut of gambling lines and emotions. They ended last season as 45/1 to win: middle to bottom of the pack; able to be completely ignored. Things took a turn to start this season as St. Louis gathered the worst record in the NHL at the turn of the calendar year.

A coaching firing, game play adjustments, and unearthing Jordan Binnington all led to what followed. It was either fitting or ironically cruel that Binnington made his NHL debut and started this whole run in Philadelphia, against a Flyers team that would set the inept record for most goalies used in one season. The Blues’ championship odds dropped from 70/1 or higher at their nadir to +140 to begin the Stanley Cup Finals 2019 as the wins kept piling up.

Hockey is such an unpredictable and fluky sport that few teams’ cup odds ever trend higher than 70/1 or 80/1. With the 2019 cup still to be determined, just one team in the league has been given 2020 odds worse than that: the accidentally tanking Ottawa Senators. But if few things do separate contenders from pretenders, how does one handicap such a sport? Only the most fanatical (idiotic) of Blues followers would have even wagered on this club five months ago.

Also on BuzzChomp: Summer Running is optimal for Growth

Another team next year won’t follow the same script that St. Louis has here. Just like no one will match the story of the 2018 expansion Knights or the reversal for the Sisyphean playoff Capitals. To close out a hockey championship takes something more than story lines and great subheader fodder.

There used to be those bellwether franchises we could rely on to put up a fight. Chicago and Los Angeles are no more in the West. Pittsburgh and Tampa Bay had spectacular postseason flame-outs in the East. This may mean NHL playoffs predictions are doomed to fail. Or it could mean that great betting value is out there for those that know where to look: in the middle to the bottom of the pack, where contenders lurk and odds are forever favorable. Good luck picking a winner in the Stanley Cup Finals 2019.