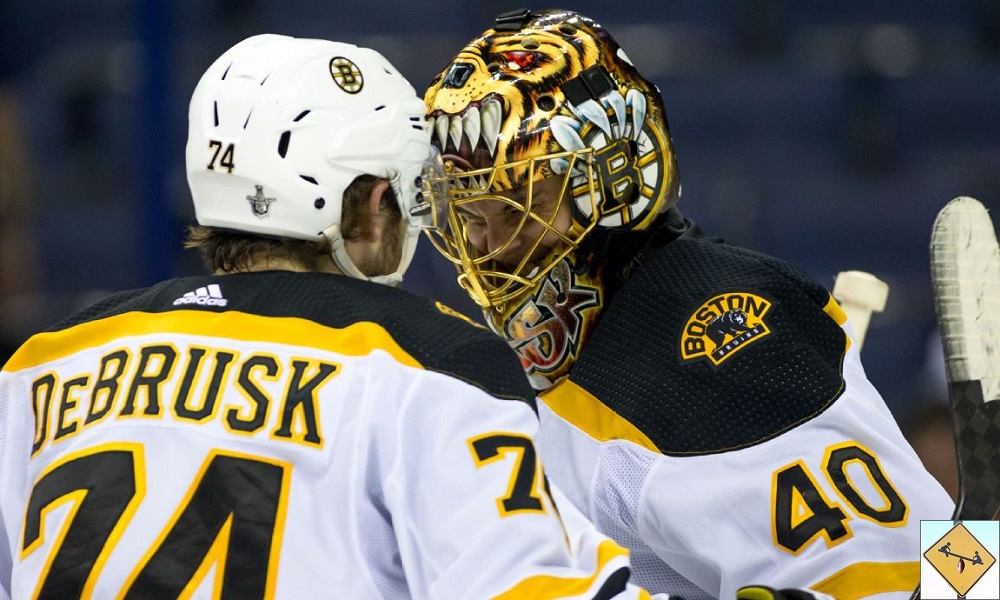 We didn’t have to wait long for the Stanley Cup 2020 odds to be released. We got them during the 2019 playoffs! You read that correctly, so what is more idiotic?

Because timing apparently isn’t Vegas’ forte, the odds for the 2020 Stanley Cup have been released. You may be saying this is far too late. We are already deep into the second round of the postseason. You would be mistaken though. It is not too late; it is far too early! These are odds for who will win the title next season. These are Stanley Cup 2020 odds!

This disconnect is represented in full force. The team with the lowest odds in hockey was just swept in the first round of the playoffs: the Tampa Bay Lightning. In fact, three of the four favorites to lift the cup next year were already eliminated from the playoffs this year in the first round: TB, the Toronto Maple Leafs, and the Vegas Golden Knights.

I don’t quite understand the logic here other than saying that gambling lines are making it painfully obvious how wonky and random the Stanley Cup Playoffs are. We have to accept that point because it is the only way to explain these lines. But accepting that, then how can a book accurately put any lines down at all? It would be the dumbest thing ever to bet any of these favorites. We know this because they all weren’t good/lucky enough to even make the second round of the current postseason!

Which side of this is more idiotic? Are the hockey playoffs just a complete joke in terms of predicting what will happen/relying on the regular season to tell us anything? Or are the sports books completely out of line making these spreads in the first week of May?

I suppose both statements could be true. It does seem that there is no rhyme or reason for determining who will advance in the hockey playoffs until we see it happen. Sometimes it’s hot goaltending, but that can change within a single postseason or individual round. Sometimes underdogs play as bad matchups for favorites, but we only see that after the fact. Other times teams get out-coached, out-hustled, and all the like. These aren’t predictive in the least. The Stanley Cup Playoffs make zero sense.

That said, releasing Stanley Cup 2020 odds before even reaching the conference finals of 2019 is plain dumb. Is Vegas really bringing in a ton of Lightning money right now? Who in their right mind is making that bet after seeing what just happened? There is no logic behind it. The lone bone I will throw them is in terms of capitalizing on popularity. Hockey is fresh in our mind (because it is still being played!). Like how we want to be given our regular-season award winners before two months have passed, we are thinking about championships as the playoffs are going on. And if your team suffered a premature fate, would you throw a couple bucks at them for 2020? Perhaps, but only because fans are inherently stupid about their own squad.

Hockey is more popular right now than it will be any other time this year, so releasing the Stanley Cup 2020 odds is definitely capitalizing on this fact and this fact alone. People certainly get excited for the start of a new season, but playoff hockey is exhilarating because it is completely unpredictable. You don’t have a rooting interest and are riveted by the pursuit of Lord Stanley’s cup. You are not alone, and Vegas knows this.

It is also a fact that Vegas is smart. They can make mistakes, but the enterprise that always wins and wins big is intelligently run. This is how we know the Stanley Cup 2020 odds were released to capitalize on fan attention, fan sadness, and fan excitement. Vegas does not make arbitrary decisions and rarely ruins its bottom line. Everything is calculated to make more money. I’m willing to give ‘them’ the benefit of the doubt in this instance.

Take the Sharks and Avalanche for example. Both teams are still alive in the playoffs, with one poised to eliminate the other. They each have 14-1 odds for next season, which isn’t a great bet until you consider how well they are currently doing. One thing has nothing to do with the other, but humans cannot separate the two. This season’s success will impose bias. Fans of the Sharks and Avalanche will likely make that bet for 2020 simply because their team is currently so close to the Stanley Cup championship this season. Its illogical and irrational, but human nature none the less. Exploiting human nature is Vegas’ jam.

I don’t think the hockey playoffs are a joke. Rather, the regular season is quite different than a round of elimination games. We often see this in baseball as well, when a team gets hot or pitching shuts down a ‘better’ opponent. The NFL also likes to tout that everything resets in the playoffs. This is not true in any sport other than hockey. Betting on the Stanley Cup 2020 odds is pretty ridiculous, because no one knows who will actually be good next season, let alone advance in the playoffs. Take the longshot bet. That’s the lesson here. Its just as likely to pay off as backing the former best team in the NHL.