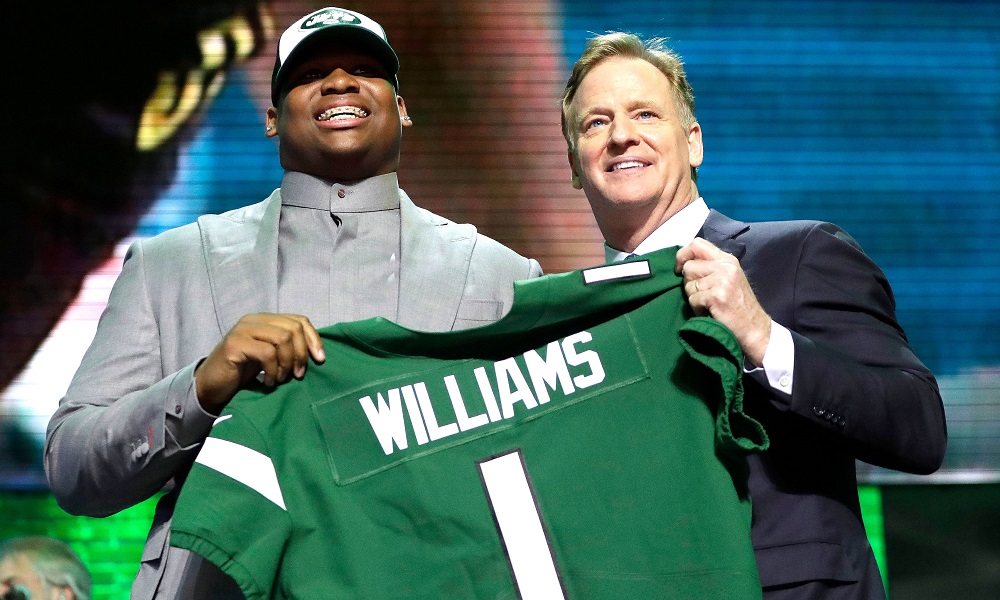 Missing on first round picks will destroy a team, so thankfully the New York Jets are on a hot streak. One more this year makes five.

Not everyone is a fan of Darron Lee, but he is a bonafide starter in the NFL. People are knocking Quinnen Williams, yet he was the best player available and the most complete prospect in the draft. Lee may get traded by the Jets, but only because he has more value via trade than to New York’s currently stacked defense. He represents the lone player in the last five years who kinda sorta can be considered less than spectacular as a first round pick of the New York Jets. I call that a hot streak.

The Jets have picked rather high of late, but have also capitalized on each selection. Here is a complete list of New York’s first round picks. Nailing these players is what builds winners and the Jets are poised to hit their stride. Leonard Williams, Lee, Jamal Adams, Sam Darnold, and now Quinnen Williams represent New York’s current hot streak of first round talent. Williams joins Williams in Gregg Williams’ defense. I call this scary good.

The NFL Draft is marketed as a game of value roulette, yet every player has great value if they turn into NFL starters. No one has value if they fail to play in the league. In reality, the NFL Draft is a lie. It exists in a different world where there is no real value, only potential and guesses. That’s what makes New York’s current hot streak so much fun.

First round picks are supposed to be the easy ones to make. They are the players 90% of scouts and NFL coaches agree will succeed in the league. Missing on these picks submarines teams and careers. Yet finding a hot streak is almost as difficult as consistently missing. This is what excites me as a New York Jets fan. We have a core group of young and currently inexpensive talent that was just paired with top-tier veterans. I call this the recipe for success.

Injuries happen and individual units fail to gel or perform during any given season. The offensive line is more important than anyone ever wants to admit, because it carries no cache. One star cannot win in the NFL, no matter their position. Just don’t tell the players this. But one star player can push a below average team over the top, if they have the core in place.

Also on BuzzChomp: Best of Black Mirror documents all our memories

The New York Jets defense is going to be scary in 2019. Gregg Williams has the weapons he needs on all levels of his defense. Quinnen Williams ensures this, because the only thing more important than Pro Bowl level talent is the depth to back it up. New York took the best player and then added guys at positions of need throughout the rest of the draft. Consider me happy, because that’s all we can really ask of our teams.

There’s a buzz growing around the Jets this year. A fresh start is buzzworthy, but New York has more to offer than that. Out with the old, including the uniforms, and in with a new era of Jets football. It all started with a hot streak.