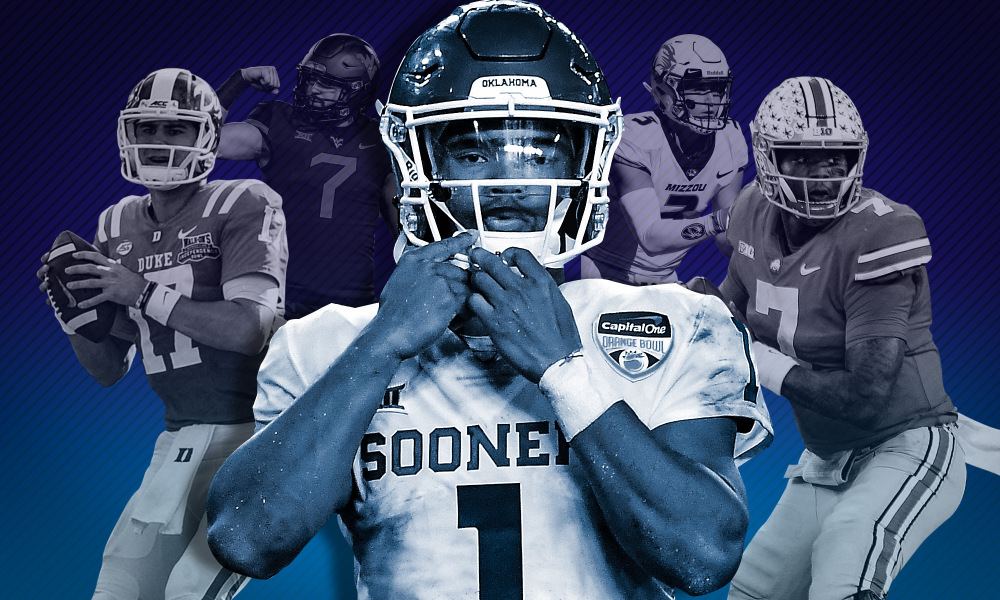 Everything in sports is moving toward maximizing value. Everything, that is, except the 2019 NFL Draft. It remains in a different existence.

Sports are big business. We all know this. The proliferation of sports-as-business has led to them being treated as a market like any other. Owners and front offices try to maximize value, whether in the case of profits or chances at winning a title, etc.

Fans are the same way now. They care about value and contracts. Making a move isn’t enough. Fans want to see smart moves that fit into a long-term plan. The NFL is not immune to this. But one major aspect of the sport of football seems to be. There’s no such thing as value in the 2019 NFL Draft.

Analysts, experts, and fans want you to believe otherwise. Draft positions have an inherent value that goes down as the draft progresses. This is because players drafted have expected value. But that latter point is nearly irrelevant, or at the very least, incredibly misleading. Players drafted have expected value, but it hardly represents anything real.

The reason the 2019 NFL Draft is so important is because it supplies teams with cheap contracts who will hopefully perform at an elite level. Look at the Indianapolis Colts and their legendary rookie class from a season ago. Having all-pro players on rookie contracts is a cheat code in the NFL. Having a franchise quarterback on a rookie deal is the ultimate trump card. Nothing is better for a salary cap operator.

However, the dirty, not-so-little secret is that what makes the draft fun also makes it far less important. There are so many surprises because no one (no one) (NO ONE) knows which prospects will actually pan out.

Taking a step back, this is quite a detriment to the 2019 NFL Draft being important. If there is no such thing as a general manager or a team who is consistently good at drafting, it hardly makes the exercise worth it. Just throw the names into a hat. Players shouldn’t have any value attached to them because even the teams that take them cannot be sure they will develop into anything worth rostering.

We know this is true because of how a draft pick will immediately lose their trade value once they turn into a real person. A draft pick has value. So-and-so, taken with that draft pick, has far less. And so-and-so taken with that same pick a year earlier has almost no value.

The New York Giants pose a fascinating example of value in this year’s draft. After the first day, everyone was shitting on them for making terrible use of their draft picks. In other words, the team gained terrible value for where it was selecting.

But this is an idiotic sentiment to believe. Daniel Jones will be a terrible pick at sixth overall if he doesn’t become a starting quarterback. He will be a great pick at sixth overall if he does. The same holds true if he was taken at 17th or 37th. There is no lost value because Jones’ future does not exist on a spectrum. He either succeeds or fails, and regardless of where he was drafted, that success or failure would look the same three years from now.

A Drew Brees-level quarterback is obviously much better than someone like Andy Dalton. Since the draft is so random, though, getting a mundane Dalton is an incredibly positive outcome. Teams can’t plan for degrees of success when so often there is no success whatsoever. In other words, no franchise would ever consider turning down an outcome of “Dalton.” A much worse outcome is too likely. More on this in a minute.

New York was laughed at for the Jones pick. It was also criticized for its following two first-round picks as well. The Giants took a run-stopping defensive lineman 17th overall. The position doesn’t represent today’s NFL, and using the 17th pick on that is bad value… unless of course Dexter Lawrence becomes a regular.

The team then traded back up into the first round to draft cornerback Deandre Baker. Why would the team trade up to take Baker when a slew of equally-talented corners remained available? When the Giants’ old pick came up at 37, Greedy Williams, Sean Bunting, and others were still available. They could have waited and grabbed a similar prospect at the same position. It was bad use of resources… unless of course Baker becomes good and those other guys don’t.

You see, most everyone in the 2019 NFL Draft will not become a starter. Finding an every-down player, regardless of position, is useful at pretty much every flash point of the draft. It makes no logical sense to think of it this way because teams will come away with starters from all rounds of the draft. But the most valuable future a draft pick can have is just being good enough to play.

Trying to sparse which positions or which specific people would be best served at filling starter roles, or even grander, finding an all-pro, feels so pompous. No one knows who will even stick in the league. How can you be so self-centered to think you, random GM, know which players will become stars? It is incalculably unlikely. When there is no known future, there can be no value. Everyone is on that same, two-outcome spectrum.

Next on BuzzChomp: Waiting to Die on Game of Thrones