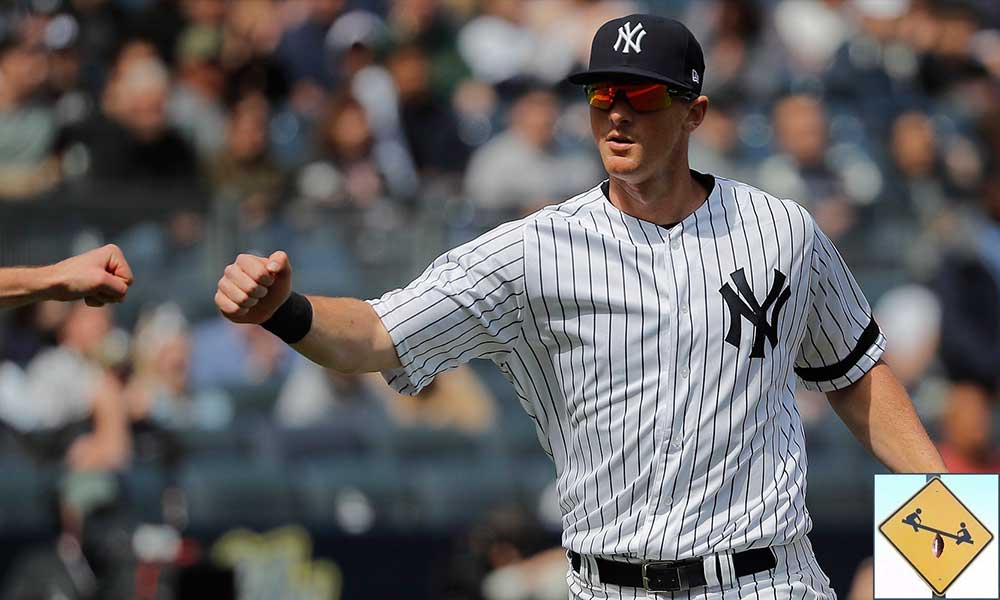 Everyone deals with injuries, but the New York Yankees are again the exception. Amid a plague of injuries, there is good news in the Bronx. Very good news.

We normally make a habit of not checking the MLB standings until at least Memorial Day. Anything earlier is too fluid to provide much insight. Teams will have played drastically different schedules with just 10 or so percent of games notched. And two or three bad starts from an elite pitcher who hates cold weather can throw off an entire team’s ranking.

But there is some benefit to checking in on the standings today, April 23. The New York Yankees are 12-10 and in second place in the AL East. This may sound like a massive disappointment from preseason prognostications, but it is actually tremendously good news, which is why I bring it up at all.

The Yankees have an entire All-Star lineup’s worth of players on the injured list right now. They have the most players on IL in the league, and the players sidelined are no joke. Just look at this. Remember, this is NOT the Yankees lineup. This is the Yankees injured list:

Those 11 men don’t represent everyone out hurt for New York. But they do make up a roster blueprint that would probably qualify for the playoffs in any division in baseball. Just look at that. We have an ace starter, the bullpen phenom, and a legitimate player for every position on the diamond assuming Tulowitzki can slide over to second base.

Opponents and fans of opponents don’t like to hear about injuries, but surely everyone will admit how ridiculous this is getting for the New York Yankees. You can talk me into Bird, Tulo, and Ellsbury being no-duh injury sufferers. We knew Didi would be out as well, but the rest of these guys all falling together is just terrible luck.

Which brings me back to the standings. It is a minor miracle that the Yankees are still above .500 and in a comfortable position. It speaks to the level of depth that has been built throughout the organization. Prior to the season, we were wondering what would become of DJ LeMahieu. Where would a healthy Clint Frazier fit in? Would there even be at-bats for Brett Gardner and Luke Voit if the team was operating at all cylinders? How would Domingo German and Jonathan Loaisiga get innings? Injuries settled every one of those playing time disputes. New call-ups continue to deliver as well.

In the grand scheme, 12-10 with all these injuries is great news, but is the New York Yankees’ season in good shape or not?

Ten losses are banked, regardless of who was on the field. Gregorius, Andujar, Judge, Severino, and Betances specifically are not expected to come back anytime soon. Though the other players may trickle back into the lineup, that is still a large chunk of production that will be missing for many, many games. There is no way to spin that as good news.

Thirteen total players out with injury is awful, but their replacements performing as good or better is amazing. The issue is sustainability, because most of the players currently on the diamond for the New York Yankees have yet to prove they can play this well all season. Most of the injuries are for months, not days. New York is going to need everyone to keep up their hot starts, if you can call it that.

This will obviously be a good problem for the Yankees, but assuming everyone keeps playing at their current high level, and assuming the injured players all return by mid-season, New York is going to have a huge issue deciding who to play and where. The current lineup is winning a lot, having won six of the last seven games through Monday. New York has an entire lineup out with injury, meaning that controversy awaits at every single position on the team.

More BuzzChomp: Being a Mentally Strong Runner Changed My Life

The Yankees will have to designate some players for assignment, or work a two for one trade at the deadline. There simply is not enough room on the active roster for every member of this team until the rosters expand at the very end of the season. Yet every member of this team has earned the right to start for the Yankees. These good problems usually work themselves out, but the biggest takeaway right now is that the New York Yankees are a playoff team with their backup lineup. Let that sink in.

After years of filling their roster via free agency, the Yankees pledged to build from within and have homegrown talent mixed with value free agents who could grow in New York. The team did add some big names along the way, most notably Stanton, but 13 injured players have proven in no uncertain terms that the Yankees have the depth they pledged to build. This is great news for a team with championship aspirations. No one expected Tampa Bay to be very good, yet they sit in first place. The Rays ability to hold onto first is just as intriguing as the backup Yankees’ ability to keep winning. New York is only 2.5 games back in the AL East and 0.5 game back in the wildcard race. Its silly to consider such things in April, but here we are.

The Yankees look pretty damn good without everyone who was supposed to be their best players. New York is playing great team baseball and that is the state of the league right now. Teams win, regardless of star names on the roster. Its the All-star players that push a team over the top. New York has more than it can count right now.