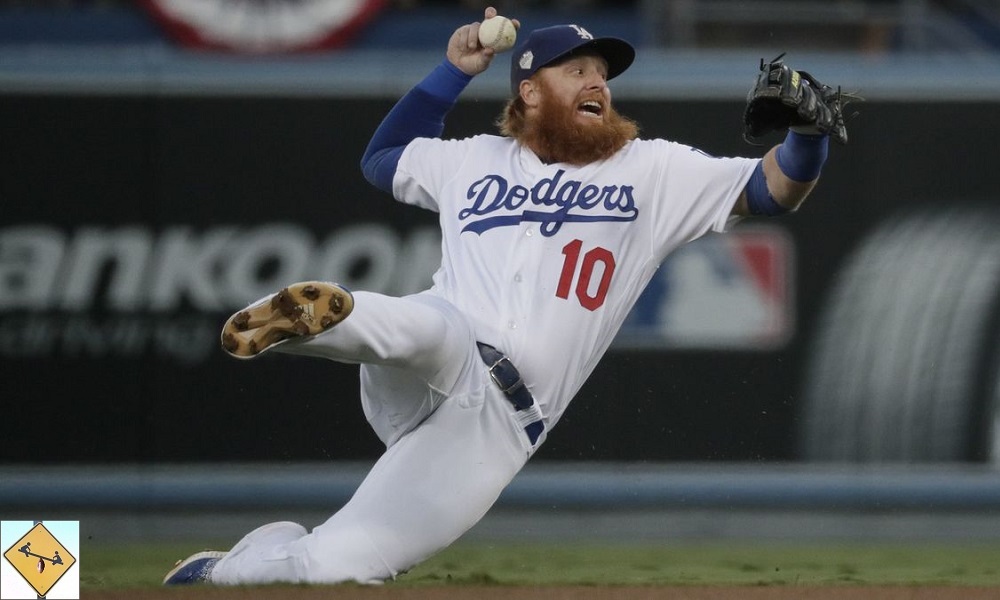 Its not exactly chalk, because the NL wildcard race is juicy. But a look at the current MLB standings 2019 in the National League paints a clear picture. Can anyone stop the Dodgers?

Last week, we dissected the top of the American League at the all-important Memorial Day checkpoint. The National League hasn’t had anything approaching the stories of the Yankees or Twins thus far. As everyone expected, the Dodgers are running away with the NL West; the Brewers and Cubs are jockeying for the Central, with St. Louis lingering. The only surprise that has materialized thus far in the NL is what is happening in the East. We expected a close divisional battle between any number of four contenders, but one of those supposed contenders has instead been one of the worst teams in the league.

Philadelphia and Atlanta are battling for a playoff spot. Even the New York Mets and their stupid, dreadful luck are lingering. The Washington Nationals are far from lingering though. As of June 4, they are 26-33, even after winning back-to-back contests. It is the third-worst record in the NL, and it makes sense in the most boring way possible. The departure of Bryce Harper hasn’t been that big of an issue. The Nats’ major offseason move – acquiring Patrick Corbin – hasn’t been the issue either. In fact, Washington’s top three starters are pitching… exactly like they should be. Corbin, Max Scherzer, and Stephen Strasburg are all in the top five in the NL in pitcher WAR. They have been elite. The issue is with every other Nats pitcher, and every defender behind these pitchers.

Defensive WAR isn’t a great stat. Washington has the third-most errors in the sport, for a simpler look at defense. But according to WAR, of all 26 Nats fielders who have appeared in at least 10 games this season, only two have helped the team defensively. Many are neutral at this point, but nearly half – 11 fielders – have already cost the team wins based on their defense. Pair that with the Washington bullpen, and you have a recipe for disaster. Of all 18 Nats pitchers not named Corbin, Scherzer, or Strasburg, ten have been worth negative wins. Baseball is a team sport, and there isn’t any better evidence than what’s happening with poor Anthony Rendon and these three aces.

Bullpen activity is supposed to be volatile. That implies that bad bullpens can have streaks of success, but it just doesn’t seem likely in Washington. Which outsider-looking-in do you think has a better chance of cracking the playoff picture: Washington or New York in the East, or the streaking Rockies in the West? I’d bet against all three actually making the playoffs, but I feel the most confident in ruling the Nationals out, even despite them being in that weak division in terms of top competition. The Mets have been an enigma, and the Rockies simply have the steepest hill to climb. All could vie for wildcard spots come season’s end, but I doubt anything better will materialize.

Washington is so done it hurts. The only thing that could save the Nationals is a blockbuster trade deadline that reshapes this failing team. That is unlikely to happen until after the current season. New York appears well done as well. Despite having the steepest hill to climb, I’d bet on the Rockies to make a playoff push. They’ve done it the last two seasons in a row. Plus, Colorado has a positive run differential right now, unlike New York and Washington.

It would be unfair to completely rule out two other NL teams with positive run differentials, currently teetering around a .500 record. Arizona and Cincinnati appear far back in the standings, yet are playing well enough to be in the wildcard conversation. Both have significantly higher run differentials than Philadelphia, Atlanta, Milwaukee, St. Louis, and Colorado. They are due for a winning streak anytime now. The Padres are also interesting because they are over .500 right now. But their run differential indicates the record is a lie.

I’m keeping my eye on Colorado and Arizona the rest of the way. The Dodgers keep overshadowing these two teams year after year, and rightfully so. But both have been very good and continue to be in 2019. Perhaps there is only one question worth asking in the NL right now. Can any team stop the Dodgers from returning to the World Series for a third straight season?

My answer right now is no. The Los Angeles Dodgers will make a third straight World Series. They will also lose a third straight World Series, because the AL remains superior. Houston beat them first. Then the Red Sox did it. Perhaps this year is the Yankees turn. I just don’t see another NL club with enough pitching and power to stop the Dodgers’ NL supremacy. The trade deadline looms large, because the other NL contenders need to make some moves in the MLB Standings 2019.