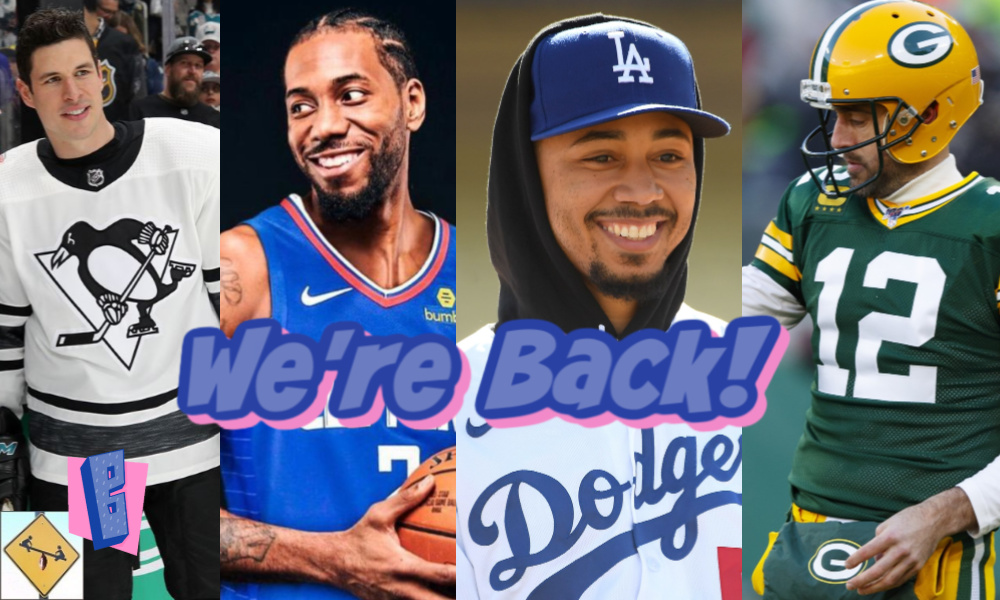 Its amazing how easy we take for granted professional sports. Competition is addicting and having zero sucked. But the most incredible thing happened with sports in 2020. They changed for the better.

We lost all professional sports for much longer than anyone ever imagined. The NBA and NHL shutdown right before the playoffs. Major League Baseball never got started and the NFL kept moving ahead, but with half the buzz of a normal offseason. Those are just the big four leagues and fan withdrawal has been challenging at best. Competition is addicting for everyone involved. Sports in 2020 were lost, until they were saved.

It will look and feel different, but oh man, we are in for a treat. This is truly a once in a lifetime experience. All four major sports will be playing at the same time in September. Two leagues will be deep into the playoffs, one will be heading straight for it, while the fourth will be kicking off. Championships will be more intense than ever. Every player is going for broke, because all was lost and now its back. Change is very good for sports in 2020. Hopefully many of these changes will be permanent.

The return of the NBA will be like March Madness in late summer. Call it the Summer Sizzle, as even the ‘weaker’ teams in the league will have something extra to play for. We may get some major upsets, maybe Lakers versus Clippers in a battle for Los Angeles, or a truly memorable NBA Finals. The uniqueness alone is captivating for a casual fan like me, as is the dramatic nature of this sprint to a championship. Then there’s what the NHL is implementing.

The return of the NHL will be a massive round-robin playoff of epic proportions. Upsets were already common in professional hockey, but now all bets are off. I expect a team to ‘come from nowhere’ and win the Stanley Cup this season. Hopefully this works so well that something similar will roll forward into future seasons. The regular seasons of the NHL and NBA are normally long and tedious. Rolling some of that play into an expanded playoff is great for everyone involved.

The return of MLB is a breath of fresh air, because we all know how hard it is for the owners and players to agree to play ball. It was a real question of whether this season would even happen, but now we get the best of what baseball has to offer. April baseball is always amazing. That will be our August of 2020. September baseball is always amazing, but this year will be truly intense. Imagine how the players feel. Imagine the possibilities as the false success of April baseball, now in August, never goes away because it rolls directly into the playoff push.

The NFL is starting on time, but with new competition and less preparation. Teams usually have months together in the classroom and on the field. Rookies get to work with their coaches and players with their newly hired coaching staffs. Will a lack of offseason preparation and camaraderie even the playing field during the season? Will all of September and October feel like preseason football, with major flip flops in the standings? Football is not used to competition from any sport other than baseball. Now it has the NBA and NHL playoffs to contend with. Add in new rules adopted from the now extinct XFL and we are in store for a magical season.

Its way too easy to wallow in the negative, so I always opt to do the opposite. I work a littler harder to see the positive and sports in 2020 will be kind of amazing. Small changes forced upon well established leagues are having incredible longterm effects. Fans are hungry and players are hungrier. If you thought having nothing for months was awful, then rejoice. What comes next is the party we’ve all been waiting for.