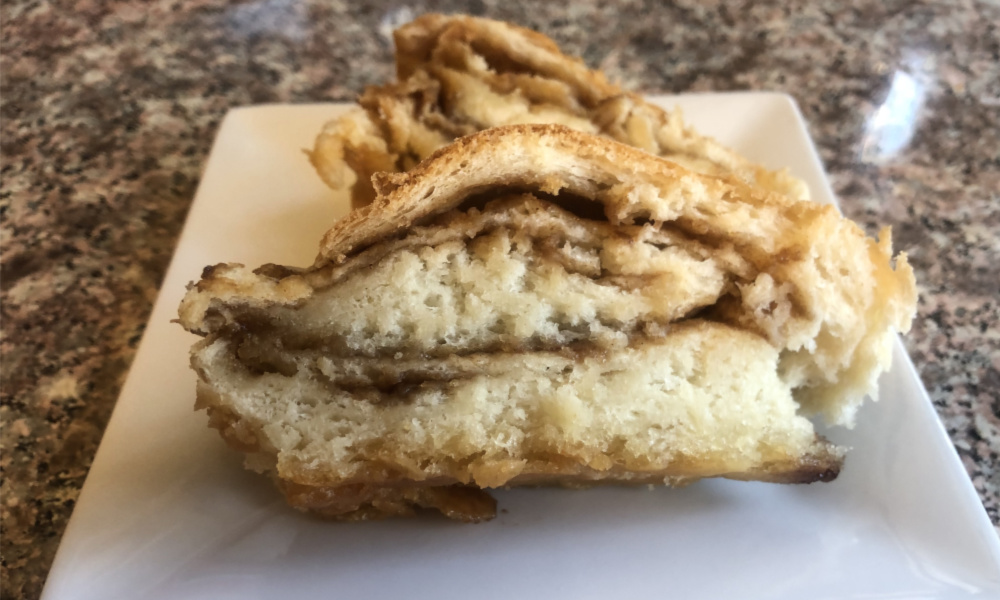 We love vegan baking and wow, this recipe is tremendous! I had a packet of yeast left and finally tried my hand at cinnamon bread. This recipe is so much more! It is a scrumptious vegan cinnamon roll bread!

This vegan cinnamon roll bread recipe is sinfully delicious. I set out to make a cinnamon swirl style bread, but fresh and homemade. Instead I got something beyond my imagination. This ‘bread’ turned out to be an incredible dessert. Its amazing, but actually a vegan cinnamon roll bread. This deliciously sweet treat is too good to miss. I first found my starter recipe and then adapted it to what you find below.

What I love about this recipe is that it’s super simple and not that time consuming. So many bread recipes take forever. You normally have to let the dough rise for an extended period of time, upwards of 18 to 24 hours. The rise time on this bread is only one hour! That means that you can make this bread at any point in the day and your family can enjoy it that day!

I still don’t have a loaf pan, so I used a round ceramic dish instead. That really gave me the cinnamon roll feel. The bread expanded, rose up, and became huge in my pan. I love that it did that! Consequently, when I make this recipe again I will cut the dough in half and make two smaller rounds. You can also use two loaf pans for this bread, instead of just one, because it rises so much in the oven.

This vegan cinnamon roll bread is amazing, delicious, and easy to make. Once I can get more yeast I will immediately make it again. It’s definitely a treat because its so gooey and sweet. I chose not to add anything extra to the bread, but you can add nuts, peanut butter, or raisins to the inner swirl. If you want to be extra sinful, add a glaze to the bread, though I don’t think it’s necessary.