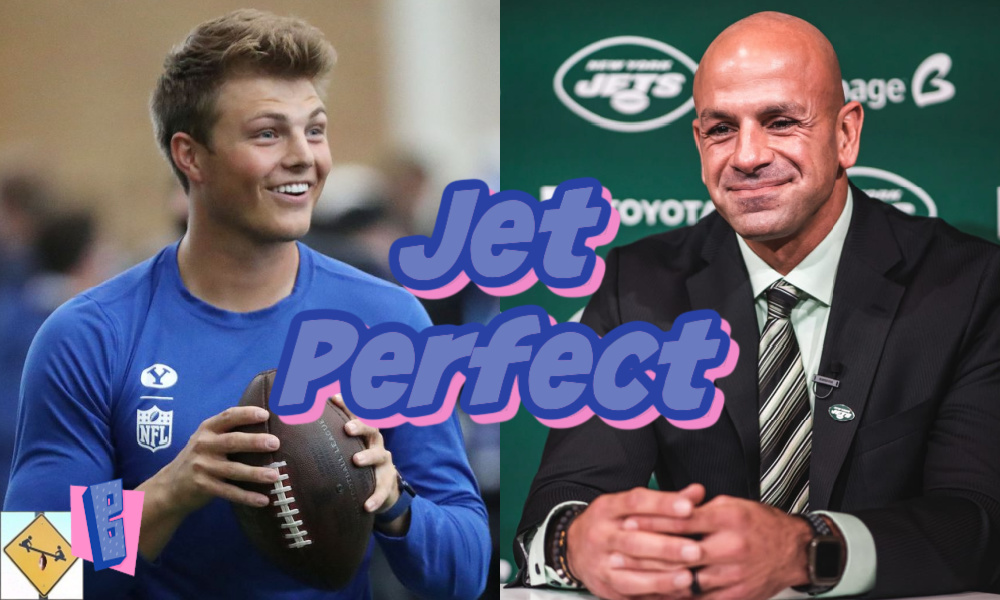 Is this the New York Jets perfect offseason? New coach, new quarterback and a new identity. This seems more fantasy than reality for Jets fans. Thankfully this change is real, no matter the results.

The New York Jets are in the midst of a massive offseason for the franchise. They brought in a new head coach in Robert Saleh. He, presumably, has a better plan for the future than whatever it was Adam Gase was working on. The team will also be starting fresh with a brand new starting quarterback. Sam Darnold is out, shipped to Carolina, after it didn’t work for the previous high draft pick. Somewhat Darnold’s fault, somewhat the fault of everything around him, both sides needed to turn the page, and now the New York Jets are moving on, about to lay the franchise at the feet of another high pick.

Clean slates are great for teams like New York who need to shower off years worth of bad blood. Yet simply turning a new leaf does not make things perfect. Are the Jets truly having a perfect offseason? They loaded up their defense with young talent, shed all of the players remotely related to “Gase” and are truly building an organization full of high character people and leaders. Is this reality, or some evil fantasy? How perfect are the New York Jets?

The Makings of Perfection in New York

Todd Salem: With the second pick in the draft this month, the New York Jets will have their choice of the non-Trevor Lawrence prospects 2021 has to offer. Inklings are that Zach Wilson is the team’s preference. I prefer Justin Fields, but understand the draw of Wilson as well.

From there, everything else could be the same, and it would still be an entirely different team. Head coach and quarterback are pretty much the whole identity of a franchise. To me, that feels like an unsteady identity, even more than new coach-QB combos are supposed to be.

Everyone likes Saleh as the man in charge, but he’s never been a head coach at any level and only has one stop where he was even a coordinator. It’s not that he rose too fast through the system; not at all. We just don’t know how he’ll handle a full roster. He’s never had to deal with anyone outside of his defensive unit before. And Wilson has loads of talent but is in the Joe Burrow mold of only being good in college once. That seems to have worked out for Cincinnati and Burrow, even with just a partial NFL season of evidence, but still.

Counterpoint: Both Coach and QB are Riding High

Dan Salem: A lack of experience will always be a point of concern, but it should never be a major issue when everything else is shining bright. Pairing a rookie head coach with a rookie QB allows them to develop together. Neither has serious expectations about the other, because they have no point of comparison at the NFL level. What they do have is way more valuable than experience and expectations.

Both Saleh and Wilson are entering this season with the Jets at the top of their game. Saleh had tons of success and is now going to grow it in his image. Wilson dominated last year after battling back from injuries which forced him to win the starting job all over again. He overcame adversity to then dominate. This bodes very well for the early goings with New York and coach Saleh.

Point: The New York Jets are Destined for a Losing Season in 2021

Todd Salem: Those underpinnings in New York mean this coming season is going to be another failure in terms of record, but with plans for the future. The defense, Saleh’s forte, needs to still be boosted up as well. The unit finished 21st in the league in yards per play allowed and 24th in points per play last season. Carl Lawson is a big acquisition up front. Jarrad Davis could be a starter as well. Assuming Saleh improves the group by default, this could be an above-average unit in 2021, though probably not elite.

The Jets’ offense is certainly not going to be elite. Corey Davis and Tevin Coleman were added to help a young, rookie quarterback, but neither are top options. An offense would be in good shape if Davis was its second option and Coleman could rotate in for a change of pace. In other words, the Jets still need a lead receiver and runner.

Pairing that with one of the worst offensive lines in the league last season, Wilson will be in trouble in year one. But, again, it isn’t necessarily about the record this year. It will all come down to development: for Wilson, for Saleh, for the defensive system, for Mekhi Becton at tackle. You have to get the setup right, but this was really just the setup. Next year is when decisions will become paramount to contending… unless, of course, you’re like the other New York team. Failing the setup means each subsequent offseason pushes contending down the road.

Dan Salem: At least one team goes from worst to first every single season in the NFL. Saleh’s old team did it and now his Jets are aiming to repeat the accomplishment. I’m not about to tell you this is a playoff team, because most rookie quarterbacks need at least one season of development. But what I do expect is for New York to pass the eye test and look like a good football team. Wilson succeeding does not mean they win a ton of games, but it does mean they are in the position to win most every game.

What excites me most about this perfect offseason is a total shift in the energy surrounding the New York Jets. Everyone on the team is young and hungry. They want to build something together and are excited to rally around their new coach and quarterback. The Jets will draft a potential number one wide receiver and running back. They will draft a cornerback and pass rusher. New York must nail these picks to have immediate success, but becoming competitive with a clear vision of future playoff action is the goal. This is what Buffalo did and what Cincinnati and the Los Angeles Chargers are doing. Its what the Giants thought they did. It may not be supermodel perfect, but it still feels like a perfect offseason for the New York Jets.