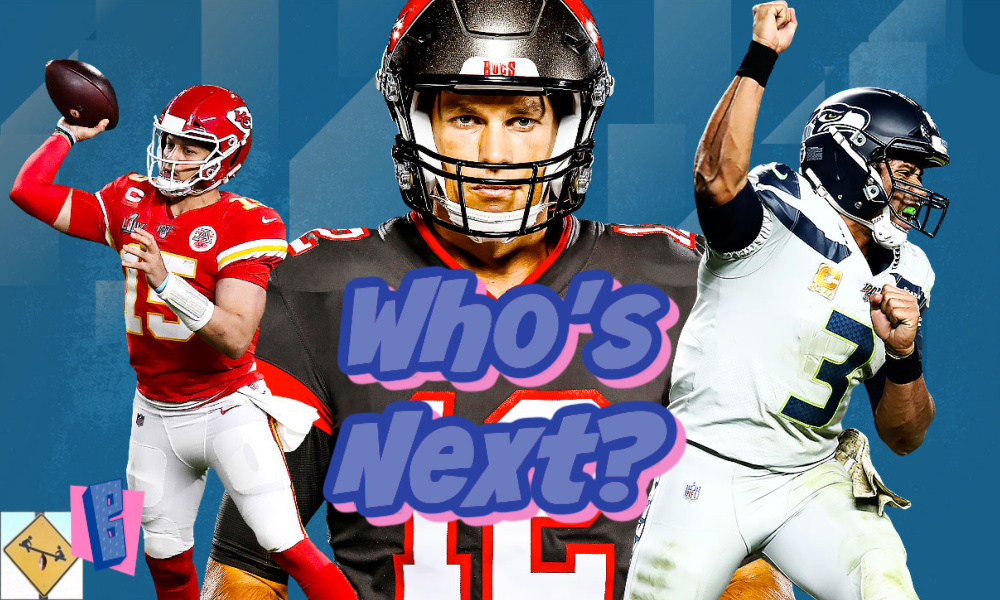 The old guard of elite NFL quarterbacks is dwindling. Our young crop of talent still feels too fresh to anoint. Is anyone truly “happy” with their quarterback? How many QBs does it take to win a Super Bowl?

Here in 2021 we are witnessing a changing of the guard at the quarterback position in the NFL. Drew Brees is out; he retired. Philip Rivers has also retired. Ben Roethlisberger is barely hanging on. Only Tom Brady remains of the old crew of stalwarts. It seems rather on-the-nose that Brady is the last man standing, considering he was also the best.

More BuzzChomp: Will we go Four-for-Four with QBs taken atop the draft?

But Brady won’t be long for the league. Coming in is a brand new crop of young arms destined to at least try to join the ranks of the elite. Helping to bridge the gap are current mainstays like Patrick Mahomes and Deshaun Watson (lawsuit pending), but a large chunk of the quarterback market has that fresh-from-the-oven smell. Is this working out for the betterment of the league? Teams may claim they are “happy” with their signal caller, but let’s be real. Most will jettison their QB sooner than later. How many elite NFL quarterbacks does it take to win a Super Bowl?

Every year for eternity, people complain that there aren’t enough good quarterbacks. That used to be very true; then it became almost completely false. For a few years running, the position was flooded with competent or better passers on a majority of rosters. It happened because the old guard kept hanging on and new guys grew into their roles.

That latter group faded out though. They didn’t have staying power like the old guard. Now, the old guard is no more, leaving a lot of inexperienced, unknown, or disappointing players at the most important position. If you polled the league, I think as many as 26 franchises would say they are happy with their current plan at the QB position. That includes five franchises expected (or trying) to draft a top rookie in April’s draft. Assuming no one who already likes their QB doubles up and grabs one of the elite five rookies, we max out at 26 teams.

Twenty six is a massive number… and yet, how many analysts would say 26 teams have a good plan at quarterback? It is a much different list. You can’t just gift five rookies the title of being good moves for the future of a franchise. There are other young players with experience who don’t look like the real answer either at this point. That number dwindles to 15 teams at most. And that’s being pretty kind, counting the likes of Kirk Cousins, Ryan Tannehill, and Matt Ryan as good plans moving forward. Can any of them be considered elite NFL quarterbacks?

With this disconnect between teams being happy with their plan and the plan actually resulting in good football out of the position, we are left with befuddlement. It is even hard to tell that plans aren’t working when the league-wide passer rating, completion percentage, and interception rate all continue to improve one year after another. But just because Andy Dalton’s efficiency numbers dwarf those of Hall of Fame quarterbacks from the past doesn’t mean the Bears are set up to compete for a title with Dalton at the helm. The bar has risen beyond anything we could have imagined a generation ago. In reality, good QB play isn’t good enough, which is why 26 teams becomes 15 or fewer.

Have you forgotten the famous “eye test,” because it never fails to solve this riddle? Statistics are great for math and headlines, but they only paint half the picture of a great player. Does your quarterback make his team better? Is he a good leader? Can he overcome adversity? Does he rise to the occasion in high-pressure, playoff, situations? All of these intangibles are difficult to measure and open to interpretation, which is why so many teams are “happy” with their QB. Very few have elite NFL quarterbacks.

I believe teams that are currently happy have either an elite quarterback, or have/will have a QB they believe can do a little bit more than good enough. Good itself is not enough, but all it takes is a little bit more to win big with a great defense and sound running game. You noted the old guard, which has all but left. It’s brutally unfair to skip over the likes of Aaron Rodgers, Russell Wilson and Matthew Stafford to name a few. That group of aging quarterbacks are all elite. I would even throw Matt Ryan in that group as well. Others like Dak Prescott, Lamar Jackson and Josh Allen have been very good to great so far. Even the aforementioned Ryan Tannehill is doing quite well on his new team, so why is he a bad plan at quarterback? He isn’t, because Tannehill can easily play for three to five years at this level for Tennessee.

The barometer for a quarterback plan is the length of a rookie contract. Those cheap contracts last four years, with a fifth year option. This is why Zach Wilson over Sam Darnold is a no-brainer decision. Sam has one cheap year left, while Zach has four. Assuming they both play great football, a stretch of the imagination but still, then it’s obvious to see how three years of money to spend on other positions is advantageous to nearly every other alternative. Any team about to draft a cheap quarterback with untapped potential has every right to be happy with their plan, especially when that player can start this season.

How many elite NFL quarterbacks are there in the league right now? Are there an equal number of very good, but never great players? What about those quarterbacks who play well, make very few mistakes, yet never elevate their team beyond their own statistics? This is where Andy Dalton falls. He’s a great player to slot in at quarterback, but he is not going to make your team significantly better. He won’t transform your offense and is not going to ignite a fire in your defense. Those are intangibles that a rare player like Tom Brady has, texting teammates every week of the season about how they are one step closer to winning the Super Bowl. Texting day of and saying we are winning the Super Bowl today. Stuff like that matters and we must stop pretending it doesn’t.

The reason this changing of the guard feels so dramatic is because the “old” elite NFL quarterbacks never stopped winning. Tom Brady keeps winning the gosh darn Super Bowl. But we have two potentially elite quarterbacks entering their fourth season in the league, Jackson and Allen, and at least one more entering their third, Kyler Murray. Justin Herbert is entering his second season after winning Rookie of the Year, with Joe Burrow also trending way up. See the thing about quarterbacks is this. Many play great for several years. Very few play great for an entire career of note.