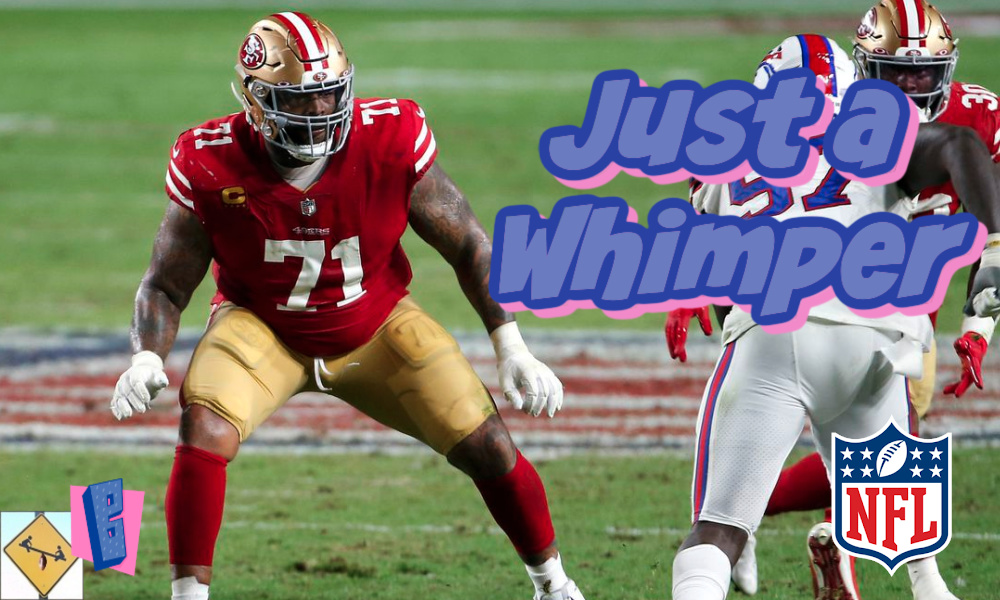 NFL Free Agency was supposed to be grand and full of tons of franchise altering talent. Yet the whole charade collapsed to a whimper. It’s completely different and will never be the same.

NFL free agency began this week. It is fair to say it began with a whimper, not because there wasn’t activity, but because most of the top names on the market didn’t technically make it to the market at all. Everything is different in NFL Free Agency and it will never be the same.

Counting up all of those players, that makes nine of the top 11 free agents not even making it to free agency! A whimper indeed. What should we make of this? Was it a fluke of the season, something to do with the pandemic year, or a sign of more to come? Everything is different and it will never be the same.

All of this could just be random chance. Right? Some years, the top guys will get franchised or re-sign. It could also have something to do with COVID and a lack of practice/preparation time. Teams could be wary of turning over the roster more than necessary, especially at important positions. There is also the factor of the cap dropping rather precipitously thanks to lost revenue during the pandemic. It is obviously easier to force a player to come back under the franchise tag than haggle and outbid other teams in free agency.

Or are these pieces just a factor of the way the league is trending? Ding ding. Free agency is a system that essentially pays players for past performance. We can see by all the cuts made each year how often those contracts don’t work out. Now, that isn’t totally fair since non-free agent contracts are bound to be either cheaper and less impactful when cleared (rookie contracts) or given to the best players in the league (extensions).

But maybe that’s the point. Building a team with non-free agents contracts is smarter. The players will be cheaper and give similar production, which is certainly how the league has been trending even before the cap decrease. Making the majority of the roster cheap contracts thus allows teams to go in big on a few star players: the guys who would normally top lists of the top free agents. It all adds up to deliver this offseason, where Trent Williams and Shaq Barrett were the biggest names to hit the open market. No offense to those guys, but… I’m somewhat offending them.

It then makes sense that the draft is the biggest off-field event in the NFL (compared with the NBA, where free agency is much bigger). The sport is no longer designed to build winners through the open market. Perhaps it never was.

I don’t believe the NFL was ever designed to build winners through free agency. Winning has always been predicated on building the best team, which means drafting well because drafting is literally team building. You require 30 complementary players because injuries always happen. Some of those players will be star players, but paying someone else’s star to join your team rarely yields more winning. There is one very recent exception to this, which is Tom Brady in Tampa Bay. But the Buccaneers were in that position to upgrade the game’s most critical position and go all the way because of their stellar drafting in prior years.

NFL Free Agency is fun and my team, the New York Jets, have won the offseason multiple times. Yet nearly every time the Jets won the offseason, they bombed the following year on the field. As the saying goes, this is not Madden football. Scheme matters. Personalities and leadership both matter. Coaches matter and a player’s past performance is not indicative of their ability to succeed in a completely new environment. Now don’t get me wrong, players move teams every year and many of them find new success. But the likelihood of them failing in that new situation, or not living up to the large contract which is as good as failing, is equally as likely.

Say its 50/50 that your expensive free agent succeeds. Maybe the chances of your first or second round draft pick succeeding is only 60/40 against, meaning only 40% work out. It’s still way better to accrue draft capitol and take more inexpensive risks with draft picks. They are younger, can learn your system, and still have a decent chance to succeed. It’s so logical that the entire concept of a “Free Agent Frenzy” is ludicrous. Yet we have one nearly every year, but not this year.

We posed the one billion dollar question regarding NFL Free Agency in 2021. Is this year a fluke, a sign of the pandemic, or a sign of more to come? You vetted each option, but the true answer is an intricate cross-stitch pattern of change. This year is not a fluke, but it’s certainly an outlier when compared to prior years. Money was flowing, the salary cap kept rising, and there was no visible sign on the horizon that financial due diligence was required. The smart teams and winning teams all exercised financial discipline and drafted well, but the league as a whole loved the March spending spree. Last year made everyone and everything reevaluate their current way of business.

Also on BuzzChomp: Mr. Wilford is once again the savior of Snowpiercer

What is the point of NFL Free Agency right now? Being cost effective is critical, as is lowering logistical overhead and ensuring a smooth transition for anyone new. Plan for the worst and expect the best. Keeping the players you already have removes several burdens that come with adding a new player. Drafting a new player is cheap. What is the point of paying top dollar for someone new, when you may not even get them on the field before the pre-season? Do the biggest spenders win 10+ games year after year? Have any of the highest paid quarterbacks won a Super Bowl after becoming one of the highest paid quarterbacks? We all know the answers, yet we want NFL news so badly we pray our teams do something in free agency.

Despite the headlines boasting big spending, this is why the Patriots brought back Cam Newton. It’s why New Orleans kept Jameis Winston and Taysom Hill, even though Drew Brees retired. Those are two perennial winners now with potential starting quarterbacks who are not currently very good. Welcome to the new NFL, where the way to win is boring and tedious, but it works gosh darn it. It works.