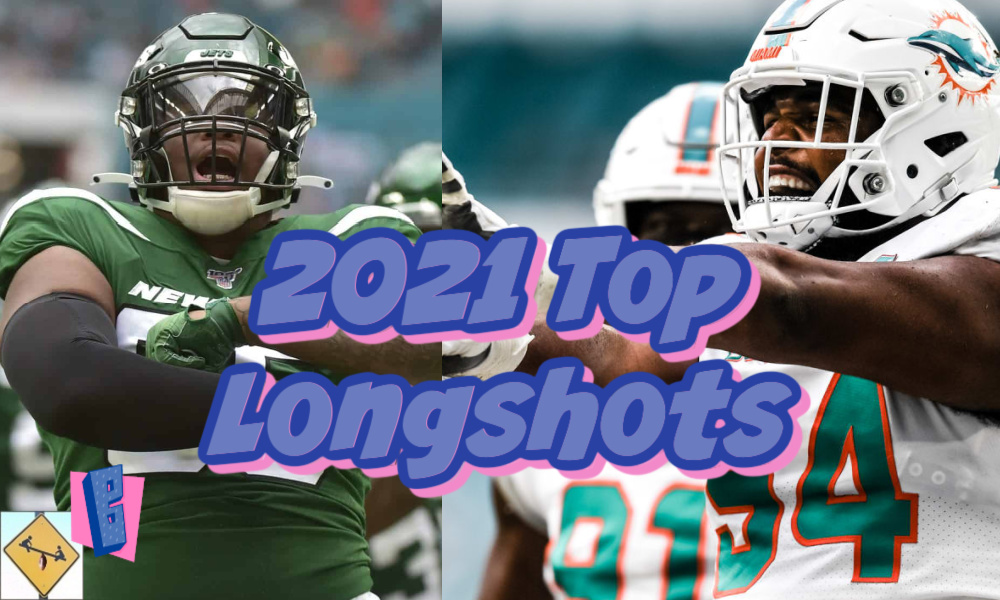 Who will win Super Bowl 56? The odds are out and your Best Bets have yet to upgrade at quarterback. Our NFL 2021 predictions know which teams get their QB and are top bets to win it all.

Immediately following the Super Bowl, it is time to look ahead to next year. For the 2021 NFL season, we will (hopefully, finally) be back to normal in terms of pandemic protocols. That puts every team back on an even playing field week to week. It also makes our 2021 NFL Predictions wicked interesting, because one quarterback change literally changes everything.

The odds are already out for who will win Super Bowl 56. As you can imagine, the worst odds are household names. Kansas City is the favorite at 11-2, followed by Green Bay, Tampa Bay, Baltimore, and Buffalo. As the article points out, the Buccaneers were not atop odds lists last year at this time, mainly because they hadn’t yet acquired Tom Brady. They were 60-1 longshots when the odds first opened for Super Bowl 55. That brings us to the bottom of this year’s list where a similar QB upgrade is in work for several promising teams.

Is it crazy to bet the New York Jets at 100-1 right now, assuming there’s more than a one-in-one hundred chance they trade for Deshaun Watson this offseason? If they do get Watson, how high do their odds rise? From tied for the longest odds in the league at least into the middle of the pack in my mind.

There are some other teams near the very bottom of the predicted finish that are even better prepared for a QB-improvement jump. Look at Carolina, Denver, and Washington all at 60-1 to win the title. All three of those teams are pretty well set up outside of the most important position. But quarterback rumors and real, actual QB trades are flying all over the league. If anyone acquires the right guy, their title odds immediately plummet. Chicago, at 50-1 and rumored to be the team primed to trade for Carson Wentz, is in the same boat.

Also on BuzzChomp: CBD Oil Secrets and the Key to Better Workouts

Does trying to find the next Tampa Bay intrigue you enough to make these longshot bets? It feels like QBs will be moving even more than last year and as big of names as Tom Brady too. If you recall, people weren’t sure last year what Brady would have left, beyond even questioning whether he was being dragged to success by Bill Belichick. Here is a snippet of the names who could or already have been on the move: Aaron Rodgers, Matt Stafford, Jared Goff, Jimmy Garoppolo, Kirk Cousins, Derek Carr, Cam Newton, Nick Foles/Mitch Trubisky, Wentz, Teddy Bridgewater, Matt Ryan, Drew Lock, Sam Darnold, and Watson.

To me, betting those teams to acquire the difference-maker is more enticing than selecting a roster right now that is set at the main positions of influence and has much lower odds because of it. Take Tennessee or Cleveland as examples. They are positioned around a second tier of contenders but don’t have clear avenues to improve dramatically on what they did last season. They could obviously improve regardless, but they feel just as hypothetically unlikely to win the title as any of the true longshots, just with a much worse return on investment.

So you’re saying there’s a chance? You brazenly passed over the one team that is probably the best bet of all to both acquire a difference-making quarterback and shoot up the standings toward a deep playoff run. Now I must excuse your snub, because this team normally falls way short of expectations. They also have a history of ruining a good thing and finding their way back to the bottom. No I’m not talking about the New York Jets, who in fact match this team in terms of intrigue. Their AFC East rival Miami Dolphins are poised to pounce all over the league with the right quarterback.

Miami had an excellent season last year, narrowly missing the playoffs on the back of great defense and a strong running game. Their primary weak link was quarterback, probably because of the mid-season switch to their rookie. Ryan Fitzpatrick is not a longterm answer and Tua might not be an answer at all. But the Dolphins also hold the third pick in the draft thanks to Houston. So this means they can add a potential star wide receiver or offensive lineman to an already very good football team. Who will play quarterback?

If it’s still Tua for Miami in 2021, then I’m selling hard on the Dolphins. He feels like another season away from truly competing, meaning Miami is a season away from relevance. But this team is TOO GOOD to waste a year on developing a potential lost cause at quarterback. What if the Dolphins instead pick up any of the players you mentioned on our long list of available talent? Here they are again, with several names crossed out for obvious reasons: Aaron Rodgers (not going anywhere), Matt Stafford (traded), Jared Goff (traded), Jimmy Garoppolo, Kirk Cousins, Derek Carr, Cam Newton, Nick Foles, Mitch Trubisky, Carson Wentz, Teddy Bridgewater, Matt Ryan, Drew Lock, Sam Darnold, and Deshaun Watson. How many of those players are better than Tua? All of them?

The Dolphins suddenly become a hot pick in a crowded conference with the addition of one difference-making player. Their odds are currently a modest 28-1 to conquer the 2021 NFL Season and win Super Bowl 56. That is without a quarterback worth mentioning. Carr or Garoppolo feel like great additions to this team, because both need a change of scenery to succeed.

One final team jumps off the page as a great bet and I know why you avoided mentioning them. The dreaded jinx. With 75-1 odds, the New York Giants are the ideal longshot bet right now. They will have both a healthy Daniel Jones and Saquon Barkley. New York also has a top ten pick in the draft. By all accounts the Giants were not bad last season, but lost a ton of close games without their best players healthy. Furthermore, they nearly beat Washington to win the NFC East division. Now there’s a great bet.