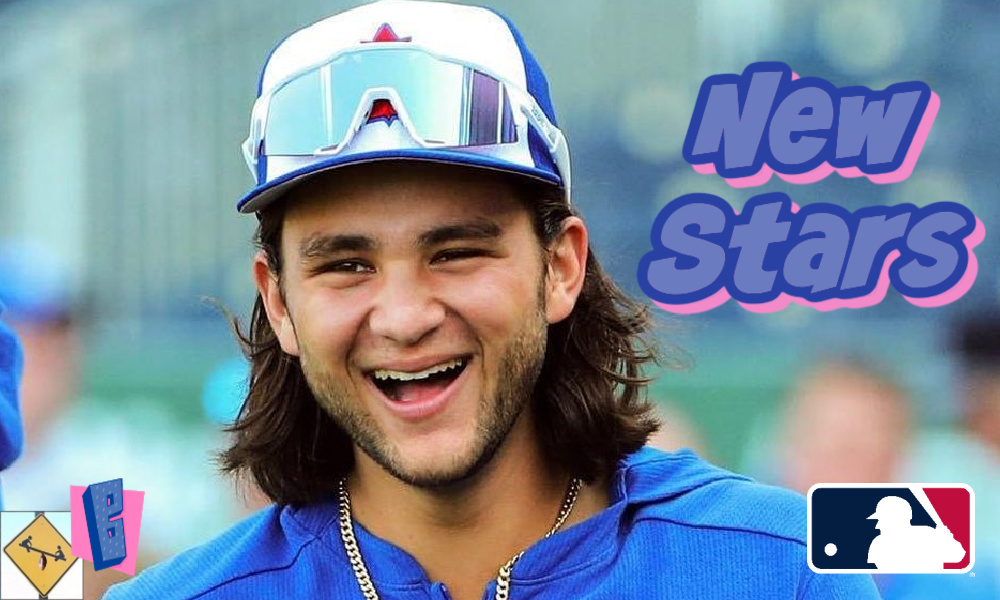 Seemingly out of nowhere these five players have shot up the rankings and are ready to dominate fantasy baseball 2021. Draft these unknown superstars or lose. Your choice.

It has been quite a while since Mike Trout was not the consensus top player in fantasy baseball. The weird thing about Fantasy Baseball 2021 is that Trout isn’t even among the top four players being drafted! Has Trout’s play fallen off a cliff? On the contrary, he is as good as ever. It’s just there is a crop of amazing, young, exciting players that have usurped the throne.

More BuzzChomp: March Madness will be the wildest ever, feast or famine

At this point, it’s impossible not to know the names of young superstars like Ronald Acuna, Fernando Tatis, and Juan Soto. But there are other fantasy stars in the league who fewer people know about. These guys have flown up rankings almost under the radar, yet are now solidly among the very best players in the sport. These are the five biggest unknown superstars in Fantasy Baseball 2021.

Todd Salem: What a career arc for Giolito. The dude has lived as high of highs and as low of lows as anyone in the game. After up-and-down partial years to start his career, 2018 saw him be one of the very worst players in the entire sport. He led the league in earned runs allowed and walks allowed, while striking out only 6.5 batters per nine innings. He was completely worthless in fantasy. Actually, worse than that, he was a net negative in fantasy and real life.

Then, 2019 happened. Giolito turned from arguably the worst regular starter in the game into one of the best. His strikeouts soared; his WHIP plummeted. He was named an all-star and finished sixth in the Cy Young voting. 2020 proved that wasn’t a fluke. Giolito had actually made permanent changes in his game to produce such a wild swing in production. Now, he is a top-10 pitcher.

Dan Salem: There are a handful of pitchers going ahead of Giolito, but none far and away better than he’s been. The problem I have with starting pitchers is that they are often schizophrenic. Can we truly count on another great season out of any given starter? Because Giolito is young and in a no-pressure situation with the White Sox, it’s safe to bank on his success this season. He’s playing for a big contract and not coasting on a pre-existing one. This bodes well for his performance in 2021 and beyond.

Todd Salem: Who would have thought that Bichette would emerge from the Toronto crop of superstar prospects as the best guy. We still don’t have a large sample for Bichette – roughly half of a full, normal season over the course of 2019 and 2020 combined. But in that time, he has amassed a .307 average and .549 slugging percentage. His 162-game average if you extrapolated his stats: 108 runs, 35 home runs, 95 RBI, and 17 steals. In other words, this guy is on pace to be one of the best hitters in the game. Let’s see if he can keep it going.

Dan Salem: Welcome back to all of our short stops this season, as a long list find themselves highly coveted in fantasy baseball. This position once plagued owners, but has completely flipped around in recent years. Bichette is one of two on our list that must be near the top of yours. Considering the expected dominance of Toronto, Bichette will be in a prime position to dominate over the full season. His upside is massive and I love some good potential.

Todd Salem: Mondesi’s case is trickier than most. He is a one-category dominator who can do active harm in many other fantasy categories. At times in the past two seasons, he was unplayable. That doesn’t happen with other stars. However, Mondesi can win his one category (steals) for a fantasy manager almost by himself. And when he’s going well, the rest of his game clicks as well. Down the stretch of 2020, Mondesi hit over .350 and blew away the competition in steals. That player is probably even better than 27th overall.

Dan Salem: As someone who consistently falls short in the steals category, having one player take care of it sounds pretty darn appealing. If you are unable to get a short stop who can hit well, then they better rake in steals for your team. We know what we are getting with Mondesi. He will provide all the steals you require and hopefully he hits enough to bolster your team beyond a single category.

Todd Salem: After a great rookie season in 2017, Castillo’s 2018 helped throw people off his scent. He wasn’t terrible; just not anything special. In 2019, he was very special, made his first all-star team, and rolled right into the pandemic-shortened season on top of his game. His production took another jump despite the messy year, and now he is one of the best starters in the game.

Dan Salem: Here’s another strong pitcher on a team that may take the leap this season. Castillo is not under pressure to dominate, meaning he can flex his dominance with ease. There’s a chance he’s an every other year player, meaning he won’t do well this season. But that kind of flip flop is rare. It’s more likely that after two solid seasons, Castillo has found his game and is in a winning groove. Because he’s more under the radar than most, go after Castillo.

Todd Salem: If you look up post-hype sleeper in the dictionary (not sure which type of dictionary would have that phrase, but stay with me), there would just be a picture of Tucker. On the prospect radar for years, Tucker could never iron out consistent playing time with Houston. Last year, he finally did and now has as secure a starting spot as anyone in the Houston outfield. Tucker is an across-the-board contributor who could put together a 30-20 season at some point in the near future.

Dan Salem: The outfield position is usually chock full of options, but this has become less so in recent seasons. Tucker is a starter on a very good team, meaning he’ll have tons of opportunities to rake in those stats we love. There is massive upside here and little risk.