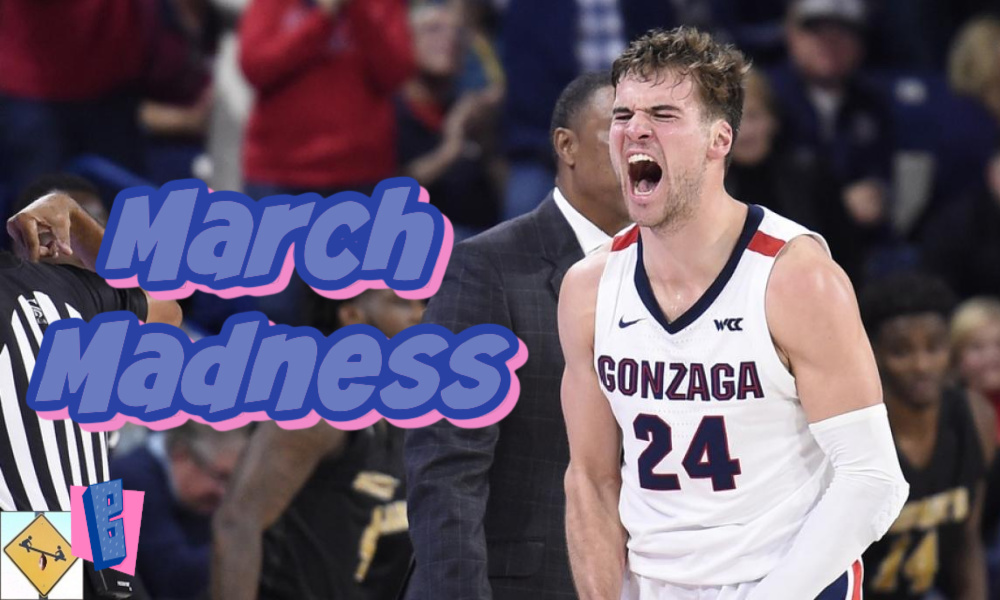 After a haphazard college basketball regular season, we’re in for a treat. March Madness 2021 will be the wildest yet. At least it better be, or this might be our last.

The 2021 NCAA Tournament is a month away. We haven’t had the Big Dance since 2019, so this is a welcome return. But this year’s tourney will be unlike any other. March Madness 2021 will be the wildest on record, which makes sense considering how messy this regular season has been. Yet anything less than exciting may doom the tournament for years to come.

If you are like many other sports fans who blinked and are now just catching up with college basketball, don’t fret. The top of the AP rankings are unrecognizable from recent years. Gone are blue blood programs. Kentucky and Duke are both terrible. Kansas, UNC, and Michigan State are average at best. It’s truly a mess of mostly unknowns on top.

Yet their remains something eerily familiar about our college basketball rankings. The best in the country remind us more of college football rankings. Baylor, Michigan, Ohio State, Alabama, and Oklahoma are all top-10 teams. No joke. Of course, everyone is leaps and bounds behind Baylor and Gonzaga at the very top. Those two are a combined 37-0 as of February 16 and are easy chalk picks to reach the Final Four.

The rankings are tricky to parse because of how wildly imbalanced teams’ seasons have been. Not only are schedules off kilter between teams from different parts of the country, but teams within a conference have often faced far different circumstances. Some teams have had many, many delays and postponements due to contact tracing and positive tests. Teams have lost bunches of home games in some instances, or just oodles of games, period.

Michigan has played six fewer games than OSU. Florida State is holding a top 16 seed but has only played 14 games thus far. That’s two to three weeks’ worth fewer games than Virginia. As UVA tries to win the ACC regular season, it has as many or more victories than either second-place FSU or third-place Virginia Tech has conference games played. Villanova is in first place in the Big East at 8-2. Creighton is in second place and has played 16 conference games (going 12-4). Can we really say who is better?

This all matters because teams may not be able to play conference tournaments this year. Not only could it be an unsafe environment, but there may not be time left after teams try to make up at least some of their missed games late in the year. So if conferences offer March Madness automatic qualifiers to regular-season champions instead this season, there could be some stolen bids.

After all this craziness, when we finally reach the tournament, things won’t look any more normal. The entire tournament will be condensed down and played in a soft bubble in Indiana. The schedule is going to be squished, but that surely won’t prevent disruptions.

As everything from here on out gets played by ear, good luck filling out a bracket. I suppose it will be just as hard as any year to pick correct winners, but if games get delayed or…forfeited, what becomes of our precious brackets then? We should probably just all pick a Gonzaga v. Baylor final anyway and not worry about the rest. The two teams were supposed to play on December 5. The game had to be postponed and was never rescheduled. Perhaps we’ll get that matchup April 5 instead.

Oh man, March Madness 2021 needs a stronger adjective like March Mayhem. Is an April apocalypse looming? Should I continue with the barely funny puns? In all honesty, it’s both a blessing and a curse that we will have our NCAA basketball tournament this March. I love the tournament, but this will be decidedly different. Picking chalk feels like the only reasonable thing to do, but then it’s also the worst possible way to pick games in your bracket. We do not know which teams are good outside of Baylor and Gonzaga. We do not know who will show up, let alone play up to their potential. All we know is that the tournament is scheduled.

What I like most about this year’s tournament is seeding teams based upon their rank, rather than letting geography influence the brackets. This should even things out, assuming the top four teams are indeed all deserving of the honor. Will a 16 seed go all the way? If it’s going to happen, this is the year. Will teams forfeit? Most likely. Will we know many players? Not likely. But perhaps the best part of March Madness 2021 is that all of the nonsense that usually surrounds the tournament has gone away.

The seeding has lost much of its value. Teams are without their best players and have not played much of the season to begin with. We might actually get really great basketball, as opposed to many lopsided games between schools that don’t belong on the same court. What will be the advantage for a team in the tournament? If consistency trumps everything else, meaning a consistent starting five playing together over several months, then we are in for some big surprises. My hope is that all the unknowns boost the fun-factor of the tournament, make it more competitive and more exciting to wager upon, and ultimately reinvigorate NCAA basketball. The alternative spells disaster.

We already have the top NBA prospects going to college for only one year, or jumping right into the NBA’s D-League. The D-League itself is growing and being nurtured, which nullifies the need for star players to ever set foot in college. But college is fun and March Madness is fun. There is no alternative to the fun, but if the fun goes away, then so do the players. The NCAA Tournament has to be more fun this year, because if it turns into a bunch of bad basketball games that no one cares to watch, we might be witnessing the beginning of the end.

This apocalyptic scenario feels unlikely, but we are talking about a sport that is not profitable for many schools and is not being financed by a single governing body. Long live March Madness. May it shock and surprise us in the best way possible. I’ll literally be tossing a coin to pick my bracket because it’s both fun and a seemingly reasonable exercise this season. Game time.