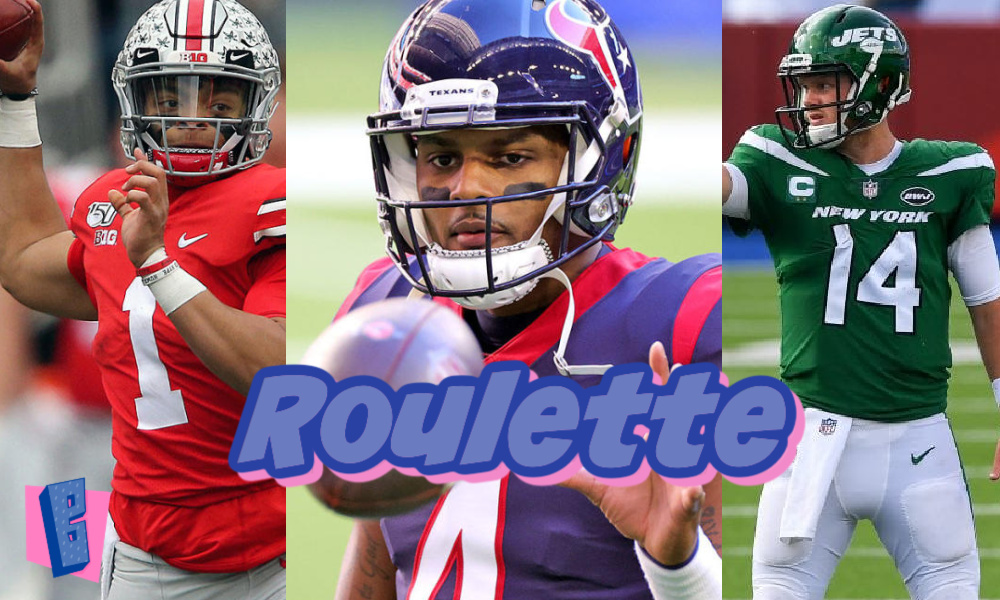 The gun is loaded with mostly blanks, but three quarterbacks in the chamber offer legitimate killing power. Who will be the next New York Jets quarterback? Is there anyway to win this game?

I must admit I’m both scared and anxious about the future of our New York Jets. New head coach Robert Saleh excites the heck out of me and I’m thrilled with the staff he’s put together. Yet with few exceptions, star quarterbacks win championships. Who will be Saleh’s starting QB? It’s like Russian Roulette, but with no clear way to win.

New York has three legitimate options at quarterback and several more ridiculous ones. Matthew Stafford would have made a fourth viable option, but he’s now the leader of the Los Angeles Rams after a pirate’s bounty exchanged hands. We know the market and the value, so what will the New York Jets decide?

Deshaun Watson aka “The Star”

Watson is actually being undervalued in the media, simply because Houston’s asking price in a trade is so damn high. He’s made multiple Pro Bowls and just last season dominated on a team as bad as the Jets. Watson is a legit difference maker in the early stage of his career. Unfortunately, the Rams and Lions set the standard for trades this offseason involving a star quarterback, so everyone knows Watson must go for more. Or do we?

The Texans are ultimately going to find themselves in the same position our Jets were in last July with Jamaal Adams. Adams refused to play for New York, leaving them no choice but to trade him and get as much as possible. The Jets got a lot for him, but their hand was being forced. Now Houston has its hand in the same trap, yet is unable to simply wait things out. This is their quarterback, so if he doesn’t play, no one does. We’re still talking two number one picks and then some, but not the insane price tag that currently includes two young defensive players.

Sam Darnold aka “The Dreamer”

Most people agree that Darnold still has great football in his future, but we also agree its unlikely happening in New York. He should be included in any trade for Watson, but what if the Jets let him have a prove-it season? What if they draft a wide receiver second overall and a running back later in the first round? Or perhaps they instead build the best offensive line in the league with those two first round picks?

Darnold moves well in the pocket and improvises better than almost anyone playing the position, yet he’s never had much time in the pocket. And when he does get solid protection, the defense has been able to neutralize all his weapons because no one commands a double team. Give him a star who requires double coverage and watch as the rest of the offense blossoms. Give him a consistent running threat and watch as he plays relaxed like he loves. I haven’t given up on Sam because I can tell he wants it and he’s young.

Draft Pick aka “The Rookie”

I do not like this option, but its a legitimate one. Justin Fields is the presumed second quarterback taken in the 2021 NFL Draft. Trevor Lawrence is expected to go first. The New York Jets select second and need a quarterback, if they have in fact passed on Darnold and Watson. This also assumes they pass on Garoppolo and Fitzpatrick and Wentz and Prescott. Yet its a fresh start for their new coaching staff, who inherits only a handful of notable players.

Let us all collectively embrace this fresh start, no matter who is leading the team next season in New York. History remains in the past as our team treads a new path and molds a new identity. Every quarterback option is gold, because whichever one is chosen is right for our Jets. The man making the decision is making a good one and with that hope I can sit back and enjoy the show, rather than spin the Russian Roulette wheel and hope it doesn’t kill me.