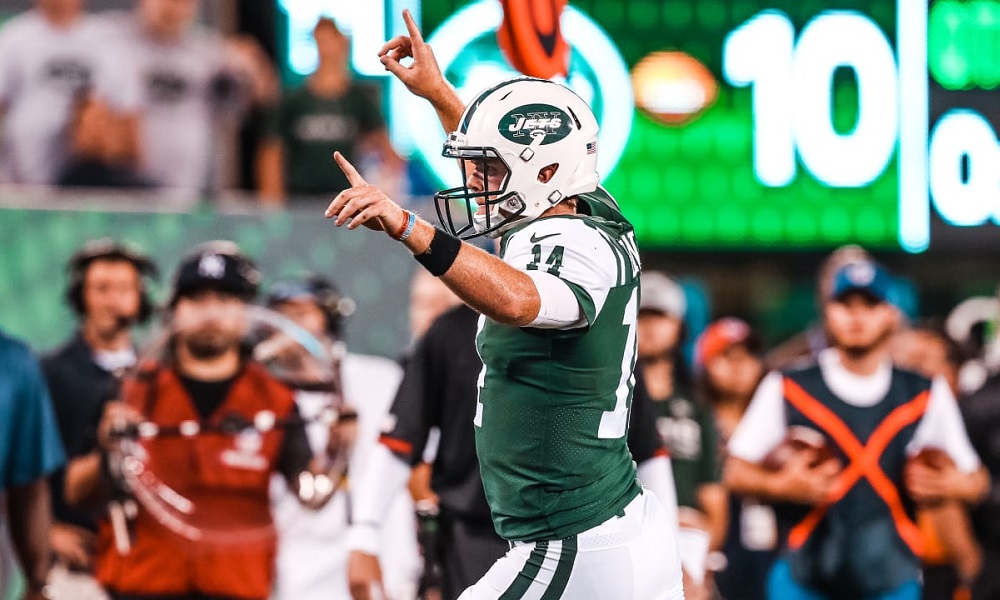 Anyone can be realistic or put down a lowly team, but who wants to wallow in self pity? These are the New York Jets 2019 through rose-colored glasses. Call it perfection!

Don’t call it a comeback, because the New York Jets 2019 can only get better. After multiple losing seasons and a coaching change, the Jets are finally locked and loaded and ready for playoff football. That’s right, double-digit wins and a playoff appearance are on the horizon. Watch out New England, Sam is coming for you.

That is obviously one of our best case scenarios, but Le’Veon Bell and C.J. Mosley are both THAT good. Sam Darnold and Jamal Adams are becoming THAT good and the New York Jets are once again a truly talented football team. It’s been a long time since fans could say this with confidence.

Not since Rex Ryan was coach have the Jets had this much talent on paper. Sure, there was the first Ryan Fitzpatrick season where everything clicked and New York had solid talent, but they never felt like a team to be feared. The Jets are a team to be feared in 2019. No matter how the draft goes, New York is loaded with talent and rising up the ranks of the AFC, while so many others are silently rebuilding.

Pittsburgh and Kansas City appear unhinged, while New England just lost its second best player to retirement. The entire AFC South is about to beat up on itself, while Buffalo and Miami in the AFC East are resetting their rosters. The door is wide open for a New York Jets’ wildcard berth, meaning this uber talented team simply has to be itself.

I love the talent on offense and defense in New York, so how do they stack up against the competition in 2019? The Jets play the AFC North and NFC East this season, two divisions in major turmoil. They also get Oakland and Jacksonville. Both teams have sleeper potential, but are coming off terrible seasons.

New York’s home opponents are no more daunting than their away opponents. Outside of the New England Patriots, only the Browns appear to be a sure thing, but the Jets get them at home. Pittsburgh and Dallas will likely be good, while Oakland remains an unknown. New York must play Philadelphia and Baltimore on the road, but neither team is as strong as last season. Let us assume the Eagles are good, as well as Pittsburgh or Baltimore. Adding those two games to matchups against the Patriots and Browns gives the Jets five total “difficult” games this season out of sixteen.

Also on BuzzChomp: New York Giants have clear plan, even if its bad

This exercise is always fun for me, even if its overly optimistic. The New York Jets can lose all five of their “difficult” matchups and still end the season with eleven wins. A record of 11-5 will get New York into the playoffs. That is how good this team is. They only have one guaranteed playoff team on their schedule, and that is the Patriots. Its likely that Dallas or Philadelphia are playoff teams, as well as Cleveland or Pittsburgh or Baltimore. Someone has to win those divisions, but the Jets should not fear those opponents.

My excitement is building for this football team. We get new uniforms, a new coaching staff, and new stars to root for. Each new addition makes the current Jets a whole lot better, which is probably the biggest reason for optimism. One player can’t win anything in the NFL, but they can make their team into a force worth fearing.

More BuzzChomp: March Madness 2019 Killed the Bubble. Can we save it?