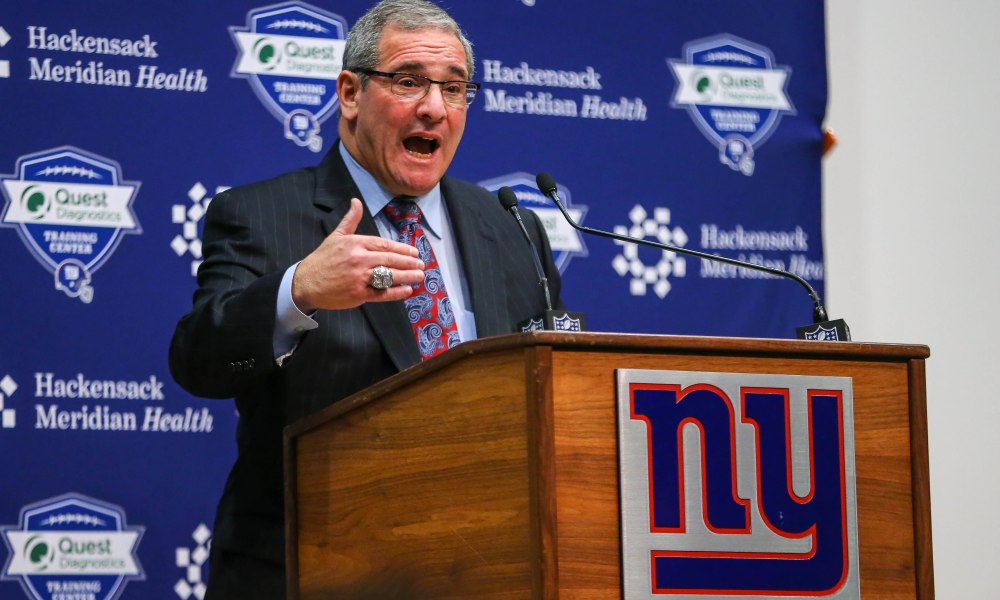 The New York Giants have made a number of screwy decisions this offseason. Though it may not be a good plan, the front office’s plan is revealing itself.

New York Giants general manager Dave Gettleman has an M.O. It was apparent during his time in Carolina and has now followed him to New York. He would claim that that method is ground-and-pound. He wants a strong offensive line and to win by running the football, controlling the clock, and beating an opponent into submission.

Whether that plan is incredibly outdated and of a bygone era or not (it is) is not immediately relevant because this isn’t really his M.O. at all. Gettleman doesn’t like paying for star players. Or, more accurately, he doesn’t like building around star players.

In Carolina, Gettleman let loose the following Panthers stars: Josh Norman, Steve Smith, and DeAngelo Williams. The latter even called Gettleman a snake on Twitter. In New York, the man in charge has now jettisoned stars Landon Collins, Olivier Vernon, and Odell Beckham all in one offseason.

When New York refused to tag Collins and traded away both Vernon and Beckham, fans were up in arms. What was the point of all these moves? It was especially confusing coupled with the desire to keep Eli Manning at quarterback and presumably not use 2019 to rebuild. Well, if you were to ask Gettleman I assume he’d tell you that cap space reserved for star players is better served elsewhere, resulting in a fuller and more complete roster. There may also be thoughts about getting rid of out-sized personalities that sway the locker room.

Instead of Collins, the New York Giants added veteran Antoine Bethea. They also traded for Jabrill Peppers to fill the safety positions. Instead of Beckham, they signed slot dynamo Golden Tate, who is a superior pass-blocking wide receiver. Only Markus Golden has thus far been signed to replace Vernon’s pass rush, but the team acquired an immediate starter on the offensive line for him. And with the 2019 NFL Draft being so deep in defensive linemen, most figure New York will look in this direction come April.

That is the plan. Dump big contracts in favor of players who are (hopefully only) slightly worse but make far less money. That leaves room elsewhere to fill other holes. That is certainly a plan.

Now whether this is a smart plan is a completely different story. It is easy to make the argument against it. But most fans and members of the media have been dragging New York through the mud this week, ragging it for not having any plan at all. This is simply not true. Gettleman’s plan fits his M.O. Now let’s just hope it works out better in New York than it did in Carolina.