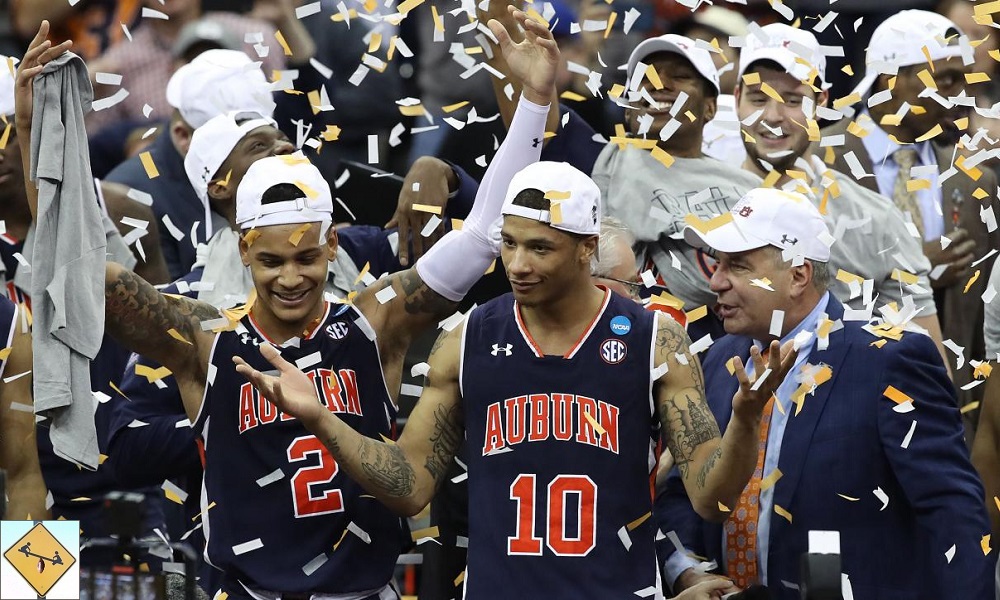 No one saw it coming, even though it came as slow as slow can be. The Final Four 2019 is an unprecedented group of the slowest teams this season. Defense already won this championship.

Good riddance to the Duke Blue Devils, but the loss from the title favorites was probably the worst thing that could have happened for NCAA Tournament interest levels. The final four 2019 is an ugly bunch. In the East, we have the 2-seed Michigan State Spartans. They are a boring and underachieving blue blood this generation. But normally they have a slew of interesting players that fail to live up to the immediate hype.

This year, instead, we have lesser known players who keep advancing. Cassius Winston is the prototypical upperclassman who everyone assumes has been in school for seven years. Josh Langford, the team’s best player, has been out injured since December. The biggest star is really coach Tom Izzo. Though Michigan State is effective on both ends of the court, MSU’s tempo, according to kenpom, ranks outside the top 200 nationally. Sparty is slow; keep this in mind.

In the West, the 3-seed Texas Tech Red Raiders pulled a minor surprise to win the region. They were the best defensive team in the country during the season and have looked all of that during the tournament, doing a disservice to the viewing public. There was probably no worse tourney game than TT’s 63-44 win over Michigan in the sweet sixteen. Texas Tech, to pair with its elite defense, ranks outside the top 200 nationally in tempo. The Red Raiders are slow.

In the South region, the 1-seed Virginia Cavaliers were the lone top team to hold seed, though it wasn’t easy. Nothing comes easy for Virginia, but that’s by design. The Cavaliers are a premiere defensive club who packs the paint and slows pace to force opponents to adjust. Virginia ranks 353rd – dead last – in the country in pace. The Cavaliers are the slowest team in the nation.

The Midwest brought the biggest surprise, as 5-seed Auburn took down a number of heavy weights to win the region. Without do-everything star Chuma Okeke in the regional final, the Tigers still vanquished Kentucky in overtime. Auburn slings threes, forces turnovers, and plays…not terribly slowly! The Tigers still rank outside the top 150 in adjusted tempo, but compared to its final four peers, they are downright fast-forwarded. If Okeke was still healthy, this would be the fan favorite team remaining in the bracket. It still might be, but the fun quotient ceiling is certainly lower now. Alas.

Tempo doesn’t mean anything on its own. Fast teams can be great without rushing. Slow teams can be plodding and ineffective. It just so happens that the slowest teams toppled the exciting teams this season. Michigan State (201st in tempo) knocked out Duke (21st); Auburn (153) dispatched North Carolina (6); Texas Tech (229) was the one to eliminate Buffalo (11). We didn’t happen to see UVA face a fast-paced team in any round, but perhaps that was preferable to seeing the Cavaliers destroy something lovely. What makes college basketball great is the variance in styles of play around the country and within conferences. It’s something the NBA will never have. In this one instance, though, it has surely worked to the NCAA’s detriment.

Slow basketball defeated fast paced play across the board, meaning a team’s edge in the Final Four 2019 will not come down to pace of play. Everyone left plays slow! What does it look like when two slow teams play one another? We are about to find out.

Perhaps the “speedy” Auburn Tigers (153) will look super fast against the wicked slow Virginia Cavaliers (353). Maybe the Michigan State Spartans (201) will appear “quick” versus a slower Texas Tech (229) team. We have to root for Auburn versus Michigan State in the Finals, right? Just because the Final Four 2019 looks like racing turtles on paper, doesn’t mean we will get a slow and plodding finals to boot. This feels like a losing battle, because no matter who wins and advances, our last three games will be all about defense.

Defense wins championships. Even casual sports fans are all too familiar with this age-old adage. But great defense often provides a lack-luster television product, so at least Auburn is known for shooting the 3-ball and Michigan State has a polarizing head coach. We are guaranteed one interesting nugget per Final Four game at the very least. I have to admit, I’m surprised to see slower methodical teams all left standing. There is usually a balance and almost always a Final Four team full of future NBA talent.

The Final Four 2019 lacks balance and lacks future NBA talent, but it does not lack for great teams. All four played tremendous basketball thus far and defeated great teams to reach the final rounds of the tournament. Duke and Michigan and Kentucky were locks to dominate, until each succumbed to superior defense. One of the best things about the NCAA tournament is that its always unpredictable at some point, no matter what. We had a Sweet Sixteen full of chalk, only to end up with a Final Four that no one expected. Only 0.04% of people submitting brackets on ESPN got the Final Four 2019 correct. That’s less than half of a percent. The games may not immediately spark interest, but how we got here was pretty wild. I expect more of the same in our final two rounds.

Next on BuzzChomp: Find Your Influencer Niche in 4 Steps (New Video)