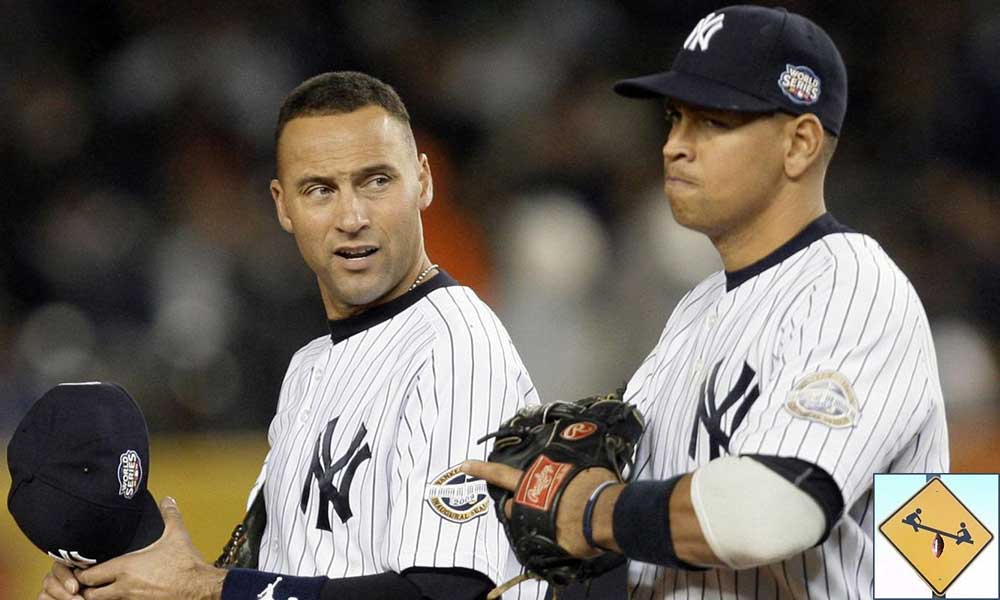 With a new class of MLB Hall of Fame inductees comes new precedent for future hopefuls. Will Derek Jeter be a unanimous selection? Will A-rod make the cut if Bonds and Clemens don’t?

The results are in. Mariano Rivera is the first unanimous MLB Hall of Fame inductee in baseball history. Edgar Martinez was elected in his final year of eligibility. Roy Halladay makes it posthumously in his first attempt. And Mike Mussina edged over the necessary 75 percent threshold to make 2019 a four-man class.

The MLB Hall of Fame votes are always incredibly fascinating to me. There is so much to glean from where and how the writers vote. The first thing that jumps out is obviously Rivera. There have been far better players elected who were not voted in unanimously, not that that matters. It is just interesting that Rivera, being a relief pitcher, is the one to crack the hold. Advanced statistics are not kind to relievers because they impact far fewer innings than any other position with the possible exception of designated hitter. So not only does a RP break the curse, but he goes in alongside a DH!

The writer who publicly announced a few weeks back that he would not be voting for Rivera said so because he could never justify putting a reliever in the Hall. Fortunately, he abstained from submitting his ballot entirely so as to not ruin Mo’s chance at being unanimous. But I figured someone would pull out the same logic, and we would have to wait until next year for Derek Jeter to be unanimous. Jeter seems like the obvious choice to be the next unanimous player. I don’t think this starts a flood of them. It’s just a coincidence that these two players are so deserving in back-to-back years.

We knew Martinez was getting in. I’m not surprised Halladay got in, though I do wonder if he got a posthumous bump. He wasn’t great for that long during his career. His counting stats are well below what past Hall of Famers were expected to register. Times are changing, specifically for accumulation of pitching wins, but Halladay only had what I would consider seven or eight really good years. He would have gotten in eventually for sure, but an alive Halladay doesn’t seem like a first-ballot player to me. Not that I have a problem with putting him in now; just an observation.

Finishing outside nomination were Curt Schilling, Roger Clemens, and Barry Bonds. None of the three made much strides on last year. They will be on the ballot just three more times. Do they get a major bump next year because the incoming class is weak? Do they get the final-season bump like Martinez in a few year’s time? Or do they get left out entirely? Schilling isn’t as slam-dunk of a Hall player as Bonds and Clemens are. He also isn’t the steroid cheat they are, but the public and voting conglomerate have turned completely against him because he’s a crazy person. I really have no idea whether that makes him more or less likely to get in if Bonds and Clemens remains No’s.

Martinez jumped from 70 percent to 85 percent on his final year. 2020 will be Larry Walker’s final year. But he will have to jump all the way up from 54.6 percent. That’s a huge leap. I’m continually amazed that he hasn’t gotten more love. The players currently on the ballot who are trending well below levels I would have expected are him, Scott Rolen, and Andruw Jones. Poor Jones almost fell off the ballot entirely. He was a 5-WAR player in nine different seasons thanks to his peerless defense in center field. Compare that to Manny Ramirez, a no-doubt Hall of Famer based on his numbers (though with extenuating circumstances). Ramirez reached just about 5 WAR eight times, even rounding a few seasons up because the formula varies depending on creator. These two have identical JAWS scores to boot. A lot more goes into voting than summation statistics, but this is a player who is at risk of falling off the ballot entirely, and it’s insane.

And finally, a shout-out to Placido Polanco, who garnered Hall of Fame votes from two different people. We may have conquered the unanimous ballot, but we will never get past the wasted votes for, presumably, a player who once gave you a ride when your car broke down.

As I mentioned in our MLB Hall of Fame pre-announcement article on Monday, I do believe all of Clemens, Bonds and Schilling get elected. Call it coincidence, but I believe they all are elected in the same year, getting the drama over with at once. Since all three men are teetering around the 60% mark, it’s no stretch to think they’ll climb above the 75% threshold. Heck, with only 50% of votes announced, all three were over the 70% mark. Using Edgar Martinez as the barometer, since he climbed from 70% to 85% in his final year of eligibility, I’d be rather shocked if the same thing didn’t happen for Clemens, Bonds, and Schilling.

What’s most ironic is that Schilling has been lumped in with Clemens and Bonds. His off the field antics make him equally as polarizing. I’m not sure anyone wants to hear his MLB Hall of Fame speech, for fear of what he might say. Bonds and Clemens would certainly be gracious and unapologetic. The threesome might have to wait until their final year of eligibility, but with no guaranteed locks next season besides Jeter, it will push folks to say now is the time. Let’s get it over with. They all deserve the honor from their impact on the game, good or bad. Plus, Jeter will overshadow the news at least a little bit, especially if he goes in unanimously.

If any player gets the Ken Griffey Jr. treatment, it will be Jeter. There is no doubt he must be a member of the MLB Hall of Fame, but much like Griffey Jr. who fell three votes shy of being unanimous, I can see a few voters tossing Jeter shade. You rightfully pointed out his poor defensive metrics. He was never a great hitter, just a great clutch hitter. His postseason prowess feels unrivaled, but I’m not sure it actually is. Jeter was amazing, but his numbers are not as great as his actual impact on baseball. Will this prevent him from going in unanimously? It’s hard to say.

Not to ignore Manny Ramirez, who is not in the discussion with Bonds and Clemens right now, but I’m not sure Manny gets the nod. His 23% simply does not cut it. Unless it doubles next year, Ramirez might have to wait for the formally named Veteran’s Committee to add him to the MLB Hall of Fame. I personally cannot wait for Alex Rodriguez to enter the discussion. Unlike Bonds and Clemens, Rodriguez has at least been apologetic towards his actions in recent years. His impact on baseball goes beyond his performance on the field and he is still helping the game even today. Rodriguez will get in. The question is whether he’ll have to wait a long time or not.

Next on BuzzChomp: Is This the Golden Age of Fitness?