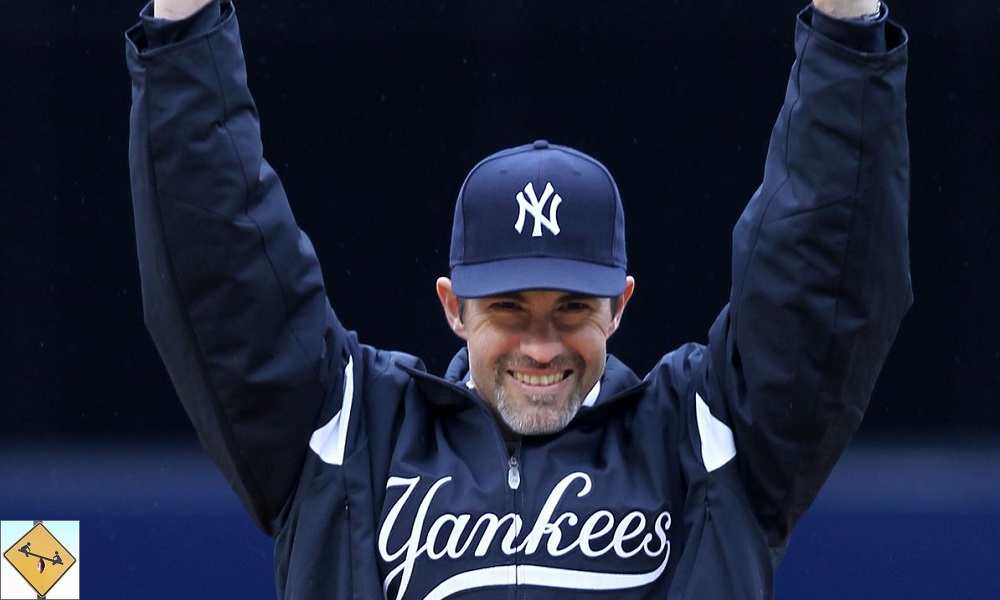 Not only is the 2019 MLB Hall of Fame class a first of its kind, it’s also the most exciting class EVER. We (better) have a unanimous decision, a few unbelievable entrants, and a watershed moment for acceptance.

On Tuesday, January 22, the BBWAA will release the results of its vote for the 2019 MLB Hall of Fame class. This is a fascinating class for a number of reasons.

1) Mariano Rivera is the latest player who has a legitimate chance at being a unanimous Hall of Famer. It has never happened before. According to early ballot results, he sits at 100% right now, but early ballots only account for 50 percent of voting members as of January 21. And, perhaps more importantly, those voters who are willing to publicly release their ballots early are normally the younger, less curmudgeony members of the electorate. In other words, they are the guys and gals less concerned with arcane, first-ballot stigmas.

2) Edgar Martinez and Fred McGriff are in the final year of their eligibility. It feels like this used to be much more important than it is now. Everyone assumes Martinez will get in, and McGriff will not get in. Early polling overwhelming implies those two outcomes. However, after what the new veterans committee pulled this winter, being in the final year on the ballot hardly matters.

Lee Smith and Harold Baines, two players who are not even close to worthy of being in the HoF, were added to the 2019 MLB Hall of Fame class by the committee after dropping off the ballot. This has always been an option and common practice, but normally for non-players who were overlooked. There are also certainly much older HoF players who are not up to the standards we assume today. But in our lifetime, Baines is the worst player to make the Hall, and he did so after the BBWAA decided for 10 years he wasn’t even close to worthy. Fred McGriff is not a Hall of Famer, but he’s better than Baines, so where’s the line? The veterans committee (now named the Today’s Game Committee) scrambled the entire discussion. People have been complaining about this since the announcement was made at the end of last year, but it’s worth mentioning again that the 10-year max shouldn’t have the pressure and worry it once did.

3) Along those same lines, it is too dangerous to ever compare one player to a current Hall of Famer to make the former’s case for induction. There are too many players who get in for nefarious reasons. Everyone is better than Harold Baines. There are other HoFs from early last century who don’t make sense either. That game cannot be played to argue for the likes of Gary Sheffield or Todd Helton or McGriff.

ALSO ON BUZZCHOMP: Best Fitness Gear for Success in 2019

4) Defense seems to be ignored when it shouldn’t be and counted when it shouldn’t be. Legendarily great defensemen who also hit a good amount – Andruw Jones and Scott Rolen on the current ballot and someone like Jim Edmonds in past years – were overlooked. However, defense-only player Omar Vizquel seems to generate much more backing. Vizquel isn’t close to the player that any of those other guys is, yet he crushed them last year in support and is polling well ahead again in 2019. It doesn’t make sense. Maybe none of the trio should make the Hall. I’d be open to that discussion. But Vizquel seems to be getting rewarded for being a worse hitter because his defense somehow stood out more.

5) Barry Bonds, Roger Clemens, and Curt Schilling are polling higher than they ever have. Again, this must be tampered by the fact that these early ballots are more likely to vote for those guys on their merits and ignore the off-field issues. Curmudgeons who hold their ballots private are not as forgiving.

6) Ballots in general are fascinating. Many voters use all 10 slots. Some of the early voters only picked two guys though! Someone voted for Lance Berkman and Roy Oswalt but not Andruw Jones and Mike Mussina. People voted for Michael Young. Voters dropped some players off their ballots that they voted for last year but didn’t reach the 10-player limit regardless. How did that player get worse? It’s just an incredible rabbit hole, and we don’t even have the full 2019 MLB Hall of Fame results yet.

The 2019 MLB Hall of Fame class is one of the more exciting group of players in recent memory, mainly because the New York Yankees are representing! I couldn’t help myself. Rivera is going to be a unanimous selection, barring one person being a jerk. With over 50% of votes tallied, it appears Roy Halladay, Mike Mussina and Edgar Martinez will be joining him. All of Schilling, Bonds and Clemens are oh so close with nearly 70% each. None appears hall bound this year.

Let me react to each point of intrigue to the 2019 MLB Hall of Fame class.

2) I have no issue with Edgar Martinez getting into the hall of fame. McGriff feels borderline at best and I don’t believe he should be considered in higher regard simply because other players less deserving are being awarded by the formally named veteran’s committee. Baines and Smith are setting a weird precedent, one that likely gets McGriff, Bonds, Clemens, Schilling, Larry Walker, Vizquel and even Jeff Kent into the hall of fame down the road. All of these players were great at times and very good overall. Several are considered locks by many, despite being held off ballots. The formally named veteran’s committee has stolen power from the old curmudgeons.

On a side note, how bad is the new name of the formally named veteran’s committee? The old name made sense. Its job was to award people who had surpassed their initial eligibility, veterans of the hall of fame process. Now it’s called the “Today’s Game Committee” which really should be called the “We are not old farts committee” because that’s the only thing the name implies.

3) Comparing players from different generations is a fool’s errand in all sports. We still do it because stats are fun and arguing is even more fun, but it’s still a foolish endeavor.

4) Ignoring defense is a true shame, when it means so much to a player’s impact on his team. Derek Jeter without his defense would simply have been a slightly above average hitter struggling to stay atop the Yankees’ lineup. If a player can’t play defense, he has to be a designated hitter or pinch hitter. Great defense is just as important as great offense. They never hold this against catchers.

ALSO ON BUZZCHOMP: Be Zen Doing One Thing

5) All of Bonds, Clemens and Schilling will eventually be hall of famers. It’s actually trending towards them getting elected in the next year or two. All three go in the same year, because baseball will want to get the charade over with all at once.

6) I can understand not using all 10 spots on your ballot. The average currently sits around 8.5 votes per ballot, which is perfect. What makes ZERO sense is voting for only one or two people. At least the person who only voted for one player cast their vote for Rivera, but still!

Next on BuzzChomp: NBA Standings Ruin All the Fun AGAIN


Todd Salem: If you’re ever feeling a little too confident and sense a need to be shaken up or taken aback, go look up Derek Jeter’s defensive metrics. He was…never good defensively, hop throws be damned. Baseball Reference has him 186 runs below average over the course of his career. Fangraphs was a tad kinder, putting him 152 runs below the average fielder. And he never had a season where he graded out as anything better than five runs above average.