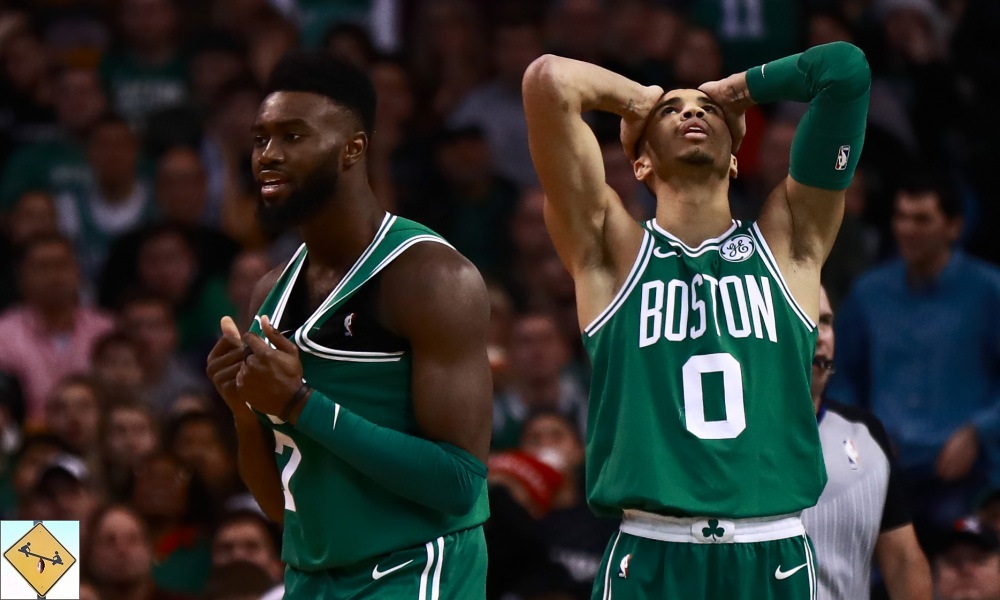 There was a glimmer of hope in December, but the 2018-19 NBA Standings have normalized. Its mid-January and the chances for controversy and surprise are ruined!

The NBA is a fluid, yet predictable beast. We did a 2018-19 NBA standings check-in about five or six weeks ago because a number of wacky things were happening. Here’s what we said about the East and West respectively. Since then, has the league remained wacky? …Not exactly. (All numbers as of January 15th)

At first check-in, the Detroit Pistons were in fourth place in the East, ahead of Indiana, Boston, Washington, and others. Now, they are in tenth place, currently out of the playoff field entirely. Orlando had been in a playoff spot as well, as the sixth seed. The Magic are now 9th. Boston was 10-10. It has gone 15-8 since. We were also congratulating Charlotte as having the third-best point differential in the conference. At +0.2, the Hornets now rank seventh, right in line with their eighth place in the standings overall.

Of the five wacky issues with the East, the only thing that has remained remotely true is Washington’s combustion. But since that article, John Wall has been lost for the year, so things were hardly expected to get better.

Out West, we had some issues with the standings as well. Five weeks ago, the Los Angeles Clippers were in first place. They have dropped to sixth. Golden State had gotten off to a slow start, with seven losses in its first 21 games. The Warriors already have 14 losses now, but it just seems like they are treading water until something matters. Memphis was in fourth place. Memphis is now in 14th.

And we also had .500-or-worse starts from heavy-hitters Houston, San Antonio, Minnesota, and Utah. The Rockets have completely righted the ship as Chris Paul sits on injured reserve. So has San Antonio. Minnesota and Utah still sit just around or below .500.

Back at the beginning of December, we also had an odd confluence of outcomes that led to 14 of the 15 Western Conference teams being within 4.5 games of each other. That spread is now a more logical 10.5 games.

This auto-correction of the league cannot possibly surprise you, but does it disappoint you? Other than Golden State not being dominant, nothing really stands out as surprising anymore for the 2018-19 season.

ALSO ON BUZZCHOMP: Best Fitness Gear for Success in 2019

There are little things. Indiana is ahead of Boston, but the Celtics have the superior point differential anyway. Brooklyn has snuck into the playoff picture, but we knew it wouldn’t be tanking. Denver is in first in the West, but lots of people expected a leap from the Nuggets. They could settle in at third or fourth easily, but are in the discussion as the second-best team in the conference regardless.

This year should supply playoff excitement, which is not something we have had for years. But does the jockeying of known postseason entities entice you during these final few months of the season? It matters who finishes where in the top four of the East, but all anyone wants to do is avoid that 4-5 game anyway. It matters where Golden State settles, but only in terms of who has to play them in the second round. These are not fun developments.

It’s thoroughly disappointing that the once interesting 2018-19 NBA Standings have deteriorated into the same old story, just a different year. The only reason to be excited by this development is that it reinforces what we thought we knew about the dominant players and teams. Yippee, no one was wrong! Please read that last sentence with as much sarcasm as possible. It was always a foregone conclusion that the top NBA players would get their teams to the playoffs, so it was thrilling to see so many surprises in the 2018-19 NBA Standings. Like every other season in recent memory, the thrill is dead.

I don’t think there is much the league can do it about it, but the NBA has swiftly become like college basketball. There is no excitement in the regular season, outside of individual matchups between star players with little to no ramifications. Only March Madness matters and only the NBA Playoffs matter… after round one. We see this quite frequently in late November and early December, but by mid January the standings always flush themselves out. Fans of the Nuggets must be thrilled, but it would be shocking to see Denver finish above the true top teams in the Western Conference. I’m not holding my breath.

For a brief moment in early December you had me excited about basketball. The 2018-19 NBA Standings presented an upside down picture with tons to debate, except that we knew it was a mirage. My Los Angeles Clippers were playing way above their heads, but I knew it was short-lived. There is no professional team sport more heavily reliant on star players, so no matter what happens, if the stars are healthy then their teams are going to win. Boston was always going to rise to the top of the Eastern Conference, because there just aren’t enough teams with better players to keep them down.

Limit each team to one big salary player and we will get parity. Every team will have one star and who wins will come down to team play and coaching. That is not reality, nor does anyone want this. Dynasties are fun, even if they ruin the regular season. Ignore the 2018-19 NBA Standings and just root for everyone to stay healthy. Then we can watch LeBron James versus Golden State again, with a potentially new NBA Finals rivalry growing from the ashes of that Western Conference Finals battle.