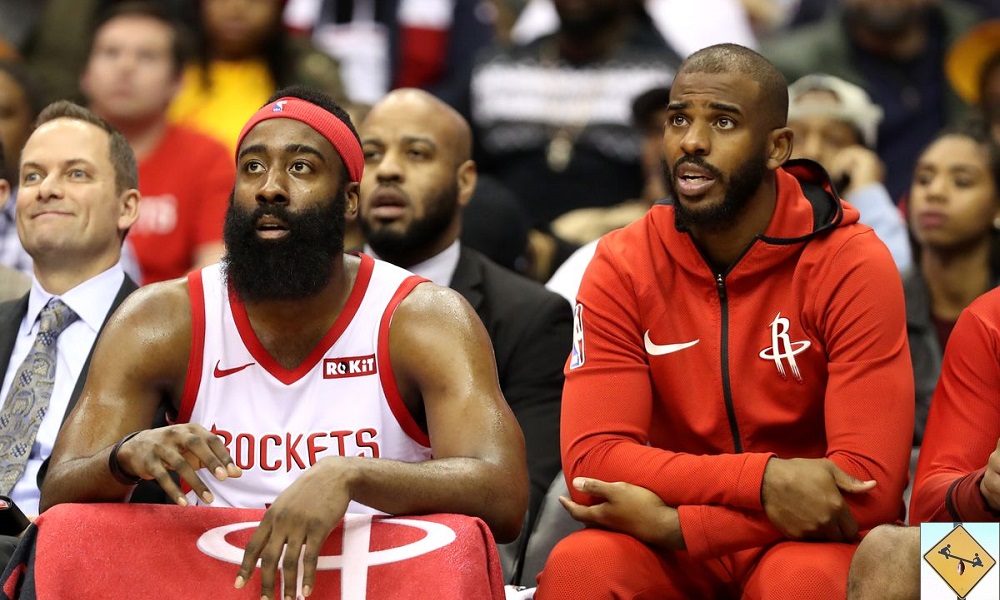 We played fact or fiction with the Eastern Conference 2018-19 NBA Standings. Now the West goes under the gun. Usually we must wait until Christmas to evaluate the league, but this season has gone crazy! Let’s play fact or fiction.

Since we broke out our NBA checkpoint Fact or Fiction facts last week, not much has changed. Facts one through five were about the East. The rest pertained to the Western Conference. The 2018-19 NBA Standings are weird, to say the least, but what exactly is real? Fact or fiction. Fiction or fact. Nothing defines the early part of an NBA season quite like calling BS on the standings.

We knew it was coming, but to happen this season seemed unlikely. The Eastern and Western conferences have almost swapped in terms of dominant teams. Cue the LeBron James conspiracy theories, because he is playing in the West for the first time in his career. These ten things are all true, so where does that leave our NBA betting? Some long shots are actually in great position to finish well ahead of their preseason predicted win totals. Are these current facts about the 2018-19 NBA Standings real facts, or pure fiction?

6) The LOS ANGELES CLIPPERS are in the first place in the West.

7) The Golden State Warriors have already lost seven times in 21 games, and in-fighting may be tearing down the dynasty before Kevin Durant even reaches free agency.

8) The Memphis Grizzlies are tied for fourth place in the West.

9) The Rockets, Spurs, Timberwolves, and Jazz are all 9-9 or worse.

Todd Salem: Fiction – Still true as of December 1, as they hold a half game lead over the Denver Nuggets. A deep roster has propelled this team to surprising heights, but I’m not buying it. Danilo Gallinari is not going to stay healthy; Tobias Harris is not going to continue shooting 44 percent from three; or what about the Clips leading the league in free-throw rate and being a top five offense? Call me an unbeliever.

Dan Salem: Fact – Los Angeles is not going to win the western conference regular season, but they are a legitimate playoff team. That makes this a fact in my book. They aren’t just winning, but winning big. Doc Rivers can finally mold team chemistry into a solid basketball team, now that the star personalities have left. Do not sleep on the Clippers this season.

Todd Salem: Fiction – A week later, in-fighting has faded away as the team awaits the return of Steph Curry. The Warriors now have eight losses in 23 games, but their only real issue is Curry being hurt. Once he comes back, any level of bickering won’t prevent this squad from being the favorite to take home another title. If Durant leaves after that, so be it.

Dan Salem: Fiction – Everyone is looking for any sort of chink in the Warriors’ armor, but it’s too early for this to be real. Golden State is not at full strength and doesn’t need to be until a month prior to the playoffs. Dynasties are built by smart teams, and smart teams don’t care about the first few months of the season. In-fighting could hurt them in the playoffs, if it still exists. But we’ve seen plenty of angry super stars win championships together.

Todd Salem: Fiction – Memphis is currently alone in fifth. A top-five defense is responsible for this early success. But this team still plays slow and relies too much on just two guys. Rookie Jaren Jackson has looked great, but despite feeling like a rebuild team on the rise, the Grizz don’t really have any young building blocks besides him. A playoff berth will hang solely on Mike Conley and Marc Gasol staying healthy.

Dan Salem: Fiction – I can see Memphis making the playoffs, but they are not in the upper half of the western conference. Too many other “better” teams have started very slow, but they will catch up. Even if the Grizzlies keep playing at this same level, the teams behind them will lower them down a peg or two.

Todd Salem: Fact – Update the .500 mark to 11-11, and this one still rings true a week later. It’s been an inauspicious start for all four supposed contenders, and I actually think all four are going to finish well below preseason expectations. This doesn’t mean all four will finish .500 or worse or that each will miss the playoffs. That feels statistically unlikely. But this was supposed to be half the playoff field pretty comfortably, especially if one thought Jimmy Butler would remain with Minnesota for the season. Instead: the Rockets are a sieve defensively after losing multiple quality wing defenders in the offseason; San Antonio hasn’t figured out an ideal way to play with its mid-range trio of past-their-prime stars; Minnesota leans a ridiculous amount on Derrick Rose being its second scorer; and Utah hasn’t been great enough defensively to overcome a very poor offense. The Jazz could actually use someone like Rose, and it currently doesn’t have a second option after Donovan Mitchell.

Dan Salem: Fact – Only the Rockets’ early season struggles are surprising, but they have no team chemistry. Unless Houston finds some, they won’t get much better. San Antonio, Minnesota and Utah won’t all improve, but one of them likely does. Nothing excites me about these teams, so their average play is real.

Todd Salem: Undecided – The spread is now 5.5 games separating one through 14 in the West. Thanks to slow starts from the aforementioned teams in number nine, the pack is incredibly tight. We also have seen surprising positive starts from squads like Dallas and Sacramento, hovering around .500. One would expect certain teams to fade away toward Phoenix as the year progresses, but the conference should stay incredibly deep. Yet it might not be because everyone is really good. It could be because each contender has larger flaws than we expected preseason, and that keeps them anchored toward the pack. Only four West teams have a point differential above 2.0. The East has seven such teams. Last year’s version of the West also had seven. And according to expected wins at Cleaning the Glass, seven of the top 12 teams in the league right now are members of the Eastern Conference! Who’d have expected that fact this summer?

Dan Salem: Fiction – The top teams have to pull away, don’t they? The entire 2018-19 NBA standings out west can’t possibly be only a five game separation top to bottom, can it? It’s not out of the question, but its fiction for now.