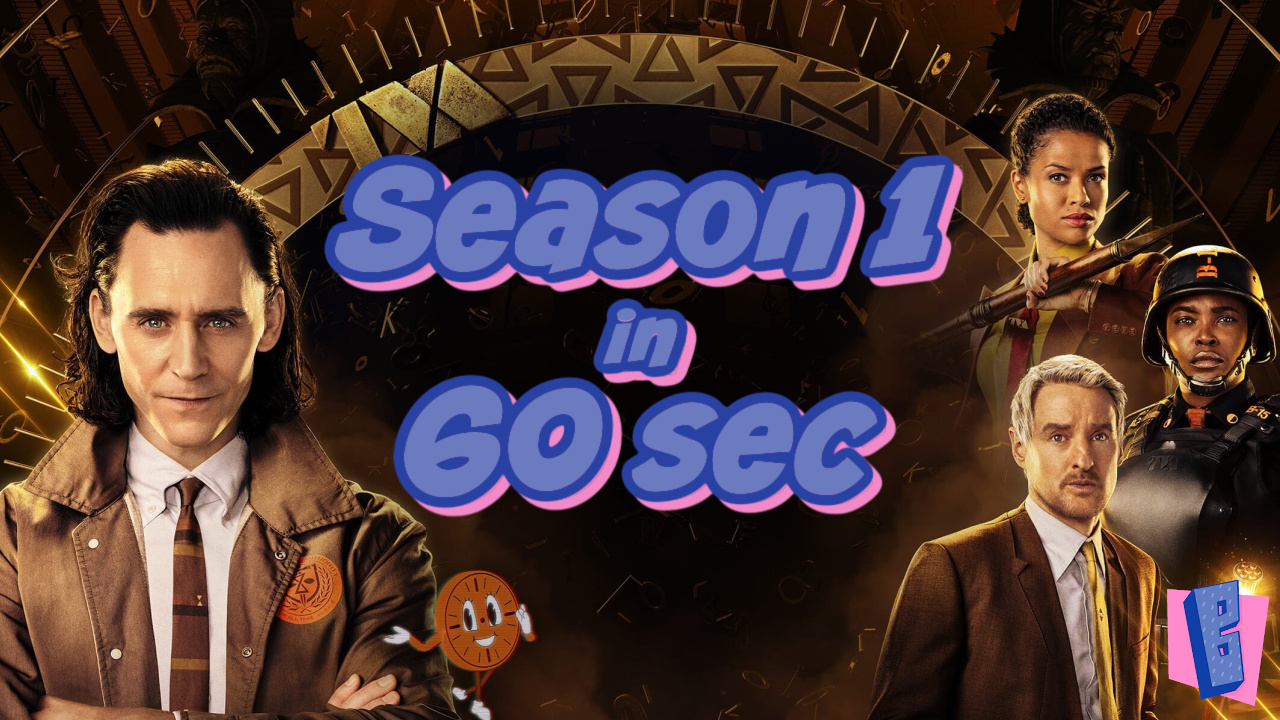 Loki began by escaping The Avengers, causing a tear in the space/time continuum which prompted the TVA and Time Keepers or He Who Remains to mark him for removal. Then Loki season 1 went meta, because our Loki isn’t the only time variant. Sylvie, our female Loki, starts as the enemy but ends as a frenemy. She destroys the Time Keepers, kills He Who Remains, and ejaculates the truth all over literally everyone. But that’s not all!

This is my quick and dirty 60 second recap of Loki season 1 in all its crazy sci-fi glory.

Click to Watch my full recap of Loki season 1 in 60 seconds!

You better start questioning your reality, because apparently the sacred timeline is already written. Does free will exist and is Loki proof that we control our destinies? Unlikely, but Loki versus Loki remains bad ass. This is what made Loki season 1 so freaking cool. Anyone from the Marvel universe can find their way into the show, because time is inconsequential. Now if only Cable would show up, completing the time travel circle for good.

We have new videos each week on the best new shows out of Hollywood, so make sure you’re subscribed. Television is great, but when superheroes and science fiction time travel collide, it’s even better! What do you think will happen in Loki season 2? Will The Avengers make an appearance, or maybe other superheroes like Wolverine? We can’t wait to find out what happens next!

More BuzzChomp: Nick Versus Gilead in “The Handmaid’s Tale” is Real

We’ll be following other great shows like Loki well past this season, so be sure you’re subscribed! There’s no limit to the bizarre time-twisting story arcs of this show, so we will discuss them all on BuzzChomp.

Dan loves watching truly awesome and inspiring TV shows, so get ready for the unexpected. Subscribe for more from Hollywood all year long.

More from BuzzChomp: An Insane Collection of Comedy Shorts from Pillow Talk TV

Dan Salem is Lead Editor, Staff Writer, and Featured Host at BuzzChomp. He’s also a Staff Writer for NFL Spinzone, as well as an Actor, Writer, Director and Producer. Get lost in his Youtube comedy channel Pillow Talk TV. Follow him on Twitter, Facebook, and Instagram.