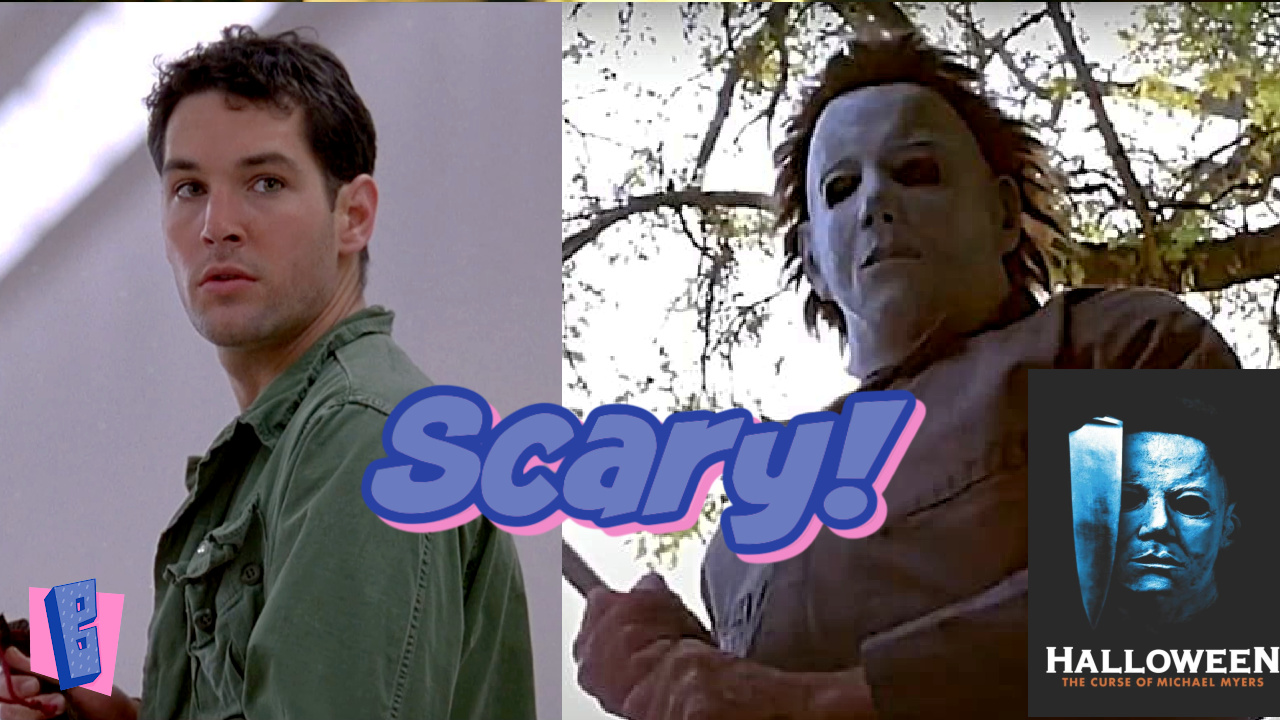 Halloween: The Curse of Michael Myers keeps scaring me! That’s right, the 6th one in the Halloween series tries to explain why Michael Myers went on a murdering rampage and why after all of these years he’s still on it! I recently re-watched and found it scared me with all it’s twists and turns just like it did when I first saw it all those years ago!

Halloween season is here and that means it’s time to watch as many horror movies as I can. My absolute favorite are the Halloween movies. This series has a plethora of movies. Recently, I watched Halloween: The Curse of Michael Myers and it keeps scaring me! Originally not one of my favorites in the series, it is def a gem and worth a watch this season.

When watching the Halloween movies, even the amazing first in the series Halloween, there always needs to be a level of realism set aside. I’ve always thought Halloween: The Curse of Michael Myers was just okay. I might watch a piece of it here and there on TV, but I wouldn’t choose it as the go to Halloween movie to watch. But, upon re-watching, I found it to be a solid installment in the series.

It is Paul Rudd’s feature film debut. That alone should be reason for anyone to check out this horror film. He’s a bit odd in the film because he plays the adult version of Tommy Doyle. That’s right the little boy that Lori Strode babysits in the first Halloween. He is, rightfully so, obsessed with Michael Myers.

It is also the last time that Donald Pleasence reprieves his role as Dr. Loomis. He died shortly after production wrapped on this film. I love the character of Dr. Loomis so it is always great to see him on screen.

There are of course some ridiculous kills, a bit of an outrageous story line, but I appreciate the exploration of how Michael Myers became Michael Myers. We see that Michael is allied with the Cult of Thorn and it is the Curse of Thorn that made him kill his family.

When it comes to sequels to Halloween, Halloween: The Curse of Michael Myers deserves a revisit. Is it the best one? No. It is enjoyable? Yes. Should you watch it for Paul Rudd? Hell yeah!

It’s Halloween season! Halloween: The Curse of Michael Myers keeps scaring me. Make sure you check out our quick review. Share with me your favorite horror movies!