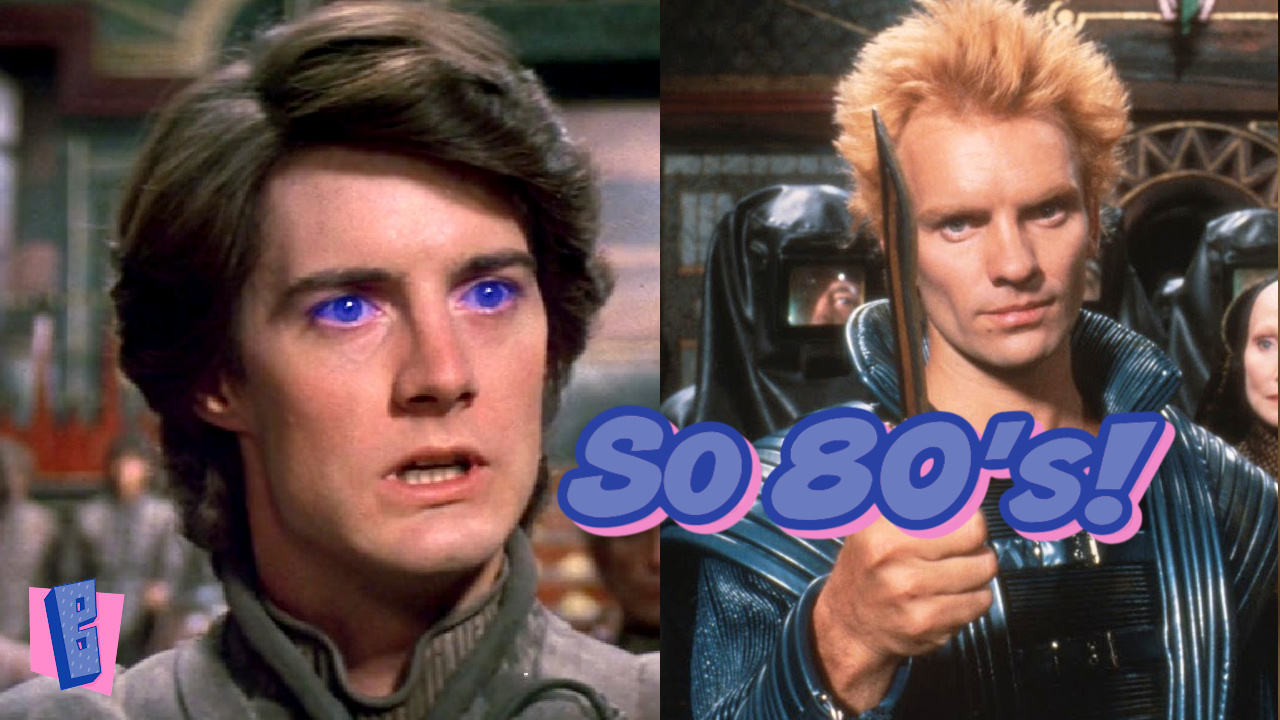 Dune by David Lynch is totally 80s and good weird! A lot is tackled in Dune. They spent a lot of time setting up the world, the characters, the conflict, but the film just ends with no real resolution.

Having never read the Dune series, I went in not knowing too much about this iconic film. Dune by David Lynch is totally 80’s and good weird! I wanted to see this film before I see the 2021 version.

Watch My 30 Second Review of Dune by David Lynch

It seems that people either love David Lynch’s Dune or hate it. I found it to be a good stand alone movie. It basically could have been a 5 hour movie, but they condensed everything into a 2 hour and 15 minute film. That didn’t turn me off.

David Lynch’s interpretation of the book is so 80’s, which makes it super cheesy! Sting has a pretty big role in the film, which is great! Dune, being a big influence on Star Wars, has very much a Star Wars vibe to it.

The majority of the alien/guild backstory, the wars between the planets, and the spice powers unfortunately feel extremely irrelevant by the end of the film. But because of the presentation of the film and the weird nature of it, that didn’t really bother me. Since these iterations of the characters are only what we see in this one version of the film, I truly feel like it’s a stand alone film and has no connection to other re-tellings.

Dune is an enjoyable 80’s cheese film. I’m excited to see the new interpretation of this film and series. Dune by David Lynch is totally 80’s and good weird. Make sure you check out our quick video review!