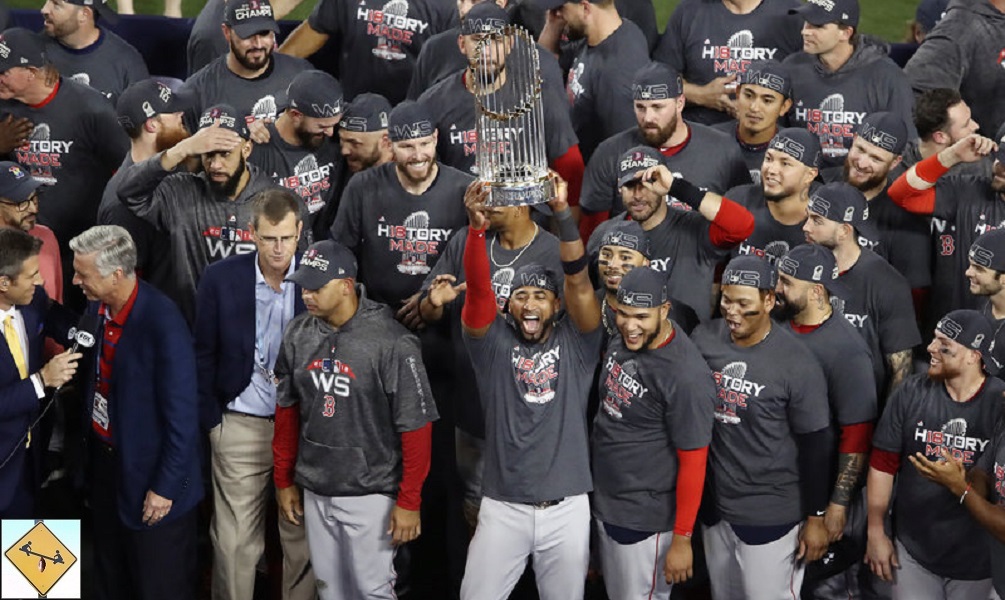 The Boston Red Sox won the World Series with relative ease. How much credit does manager Alex Cora actually deserve for their dominance?

The Boston Red Sox took down the Los Angeles Dodgers in five games to win the 2018 World Series. Boston outplayed LA for sure, but I can’t help feeling as though its managerial advantage was the greatest factor.

Alex Cora had a tremendous postseason all around. Most of the time, the impact of a manager is minuscule, especially in a short series scenario like the playoffs. There are only so many moves the man can make. Managers’ greatest impacts are felt in the locker room over the course of a six-month season; what he does day-to-day to get his guys ready and willing to play up to their potential. But Cora shined with his actual moves.

It seemed that every little piece of tinkering worked out for him in the World Series. He continually started or subbed in the right batters, whether it was Steve Pearce or Eduardo Nunez or who to leave on the bench for the games in the National League ballpark. He worked his bullpen to its fullest potential as well, routinely using starters for an inning here or there to get his best guys in the game.

When it seemed crazy that he could bench Andrew Benintendi in game three, Jackie Bradley goes 2-for-5 with a home run. When it seemed odd that he left David Price in to hit in the top of the seventh inning of game five (he failed to deliver with two on and two out), Price broke even by retiring the next three batters he faced in the bottom half.

Compare Cora’s series to that of Dave Roberts, and it’s easy to see why one team won. Cora’s moves paid off one after the other. Roberts’ moves did not. His tinkering could better be described as meddling.

Roberts often sat his best overall players due to platoon splits. He didn’t bat his best players near the top of the lineup when they were in either, instead opting to maximize the platoon-advantage at-bats for those substitutes. He worked in tons of pitching changes too, but saw his relievers give up 14 runs in 23 innings.

But is Roberts actually that much worse of a manager than Cora? Or is this the ultimate case of small sample size? A manager can only make moves based on his information. Whether the players come through is not up to him. Cora’s players continually came through. Roberts’ didn’t. Maybe that’s why we always think managers aren’t that big of a deal. And maybe it is still true.

Cora did an excellent job managing his team, believing his players would come through. Yet every manager believes his players will execute, or they wouldn’t make the moves in the first place. We told a similar tale after the Boston Red Sox beat the Yankees in the divisional round. Alex Cora has nailed every decision seemingly all season and deserves a ton of credit, especially since this was his first season as manager. But I can’t help but feel he got lucky.

Cora’s Boston Red Sox were SIGNIFICANTLY better than anyone they played all season and all postseason. He absolutely reinforced a “winning culture” and “all for one” attitude, then his players bought the narrative. This is a critical step in achieving managerial success. Your players must subscribe to what you are selling and love hearing you talk. Otherwise, using starting pitchers out of the bullpen on a consistent basis during the playoffs might not go over so well, or be effective. Every Boston player gave their manager the benefit of the doubt and the team easily ran away with the championship.

Managerial moves feel like they balance out over time. The 2018 Boston Red Sox were not going to lose with Cora, but if someone else had managed in the playoffs, I still think Boston wins. It took 18 innings for the Dodgers to scrap out a victory. Houston and New York were competitive, but never in control of the series for more than a game. The Red Sox were the Golden State Warriors of baseball this year. Congratulate their manager, but don’t go overboard. Golden State was just as good when Kerr went out with an illness.