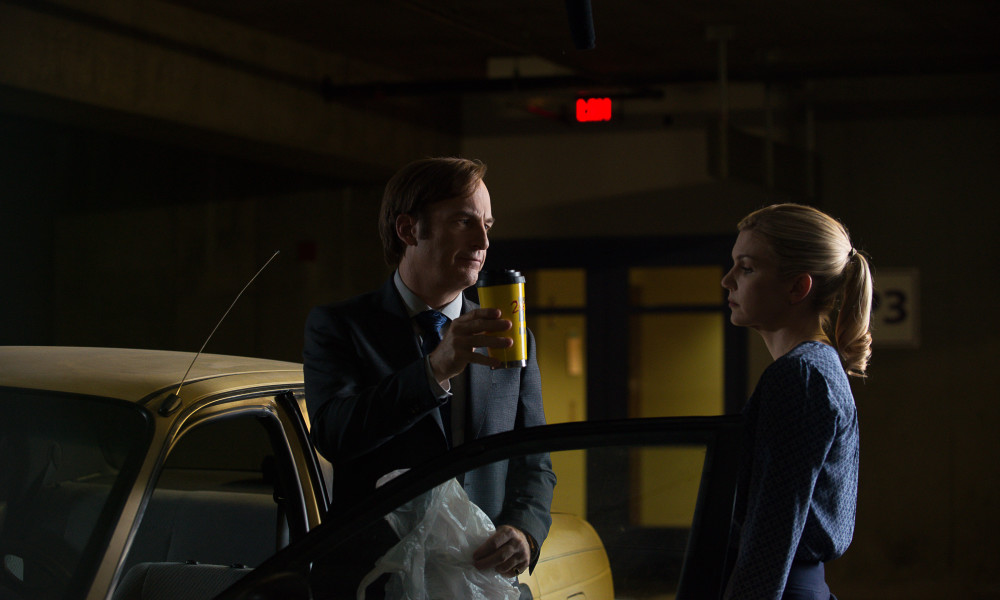 The season finale of Better Call Saul Season 4 brought us as close as we’ve ever been to seeing Jimmy McGill and Mike Ehrmantraut in their Breaking Bad final forms.

The reason most people watch prequels is to find out how the show makes the connection between the original program and the new show that chronologically comes before. Better Call Saul, Breaking Bad‘s prequel, just completed its fourth season to much critical fanfare. And in the most significant way to date, Better Call Saul season 4 also indulged those waiting for the connection/transformation between the new and old. It’s-all good, man.

Better Call Saul never does anything by accident. It is an almost perfectly sequenced and designed program. Part of the wonder of the show is how it can be so good when the audience already knows the endgame of nearly every main character. This is alleviated by the additions of BCS main cogs like Kim, Nacho, and Lalo; it is still a tall hurdle. There are no secrets about where Jimmy McGill and Mike end up. It is just a matter of how they get there.

The Better Call Saul season 4 finale put “how they get there” in hyper drive for the first time. Although it was a slow burn for both characters (because everything on this show is a slow burn), the ah-ha moments were worth the wait. For Jimmy, he was taking a second shot at reacquiring his license to practice law. During his first, the panel ruled him too insincere. For the second, Kim helped him figure out a way to get across to the new panel how much this means to him. It involved a letter from Chuck and speaking from the heart. The panel ate it up. Kim couldn’t have been prouder of Jimmy for showing a truly tender and meaningful moment that also earned him his return to law.

In actuality, and in arguably the most crushing moment in a series that has shown multiple deaths, Jimmy just dialed up his insincerity to the nth degree. Not only did he fool the panel, but he unintentionally fooled Kim into believing he could be a good person. As Jimmy recounts his ability to dupe others, yakking away without noticing Kim, Kim truly notices him for the first time. This isn’t a man who just has fun goofing off. Jimmy is someone who can’t function without pulling one over on those around him. He is someone who would use a personal letter from his dead brother to create a speech to fake people into believing he was compassionate and sincere.

Still not knowing what destruction he has unleashed on Kim’s feelings, Jimmy then declares his plan to practice under a new name; one that his previous cell-phone clients have become familiar with. It’s-all good, man. No matter that he just faked a legal panel into believing he cared about the McGill name and what it meant to the law community and to himself. That was just more necessary lying for Saul Goodman.


While Jimmy’s most impactful leap into truly becoming Saul Goodman was nefarious and underhanded, Mike too took a leap that he won’t be coming back from. All season, he had been carrying out illegal activities for Gus, but Mike continually had a line he wouldn’t cross. At least, that is how it seemed to the viewers. He wouldn’t kill people and always found a way around such an end. Even guys who probably deserved to be killed were given the out by Mike if it was up to him. But when his German buddy ran away from the underground lab project, Gus forced Mike’s hand past the point it had ever gone.

Mike had to handle things. He allowed Werner to say some sort of goodbye to his wife. He didn’t torture or punish the engineer before the deed was done either. All things considered, it was the best results Werner could have hoped for once he put Gus into the position of ending their relationship and the former’s life.

ALSO ON BUZZCHOMP: The Walking Dead Season 9 Got Boring

The dichotomy between Jimmy’s and Mike’s move into Breaking Bad territory was obvious. Jimmy’s actions were emotionally scarring, but no one physically got hurt. He acted in an evil manner for an almost innocuous outcome. Mike, on the other hand, did the opposite. He showed his true compassion and care while having to end the life of someone he was friendly with. He acted in a kind manner toward the most final of all outcomes.

It remains to be seen how many seasons remain of Better Call Saul. In some respects, this could have been the series finale for at least the two main characters. But it will be fascinating to see the deterioration of Jimmy and Kim’s relationship from here. That is really the main pillar left to be pushed over between Better Call Saul and Breaking Bad. And we already saw the first lean.