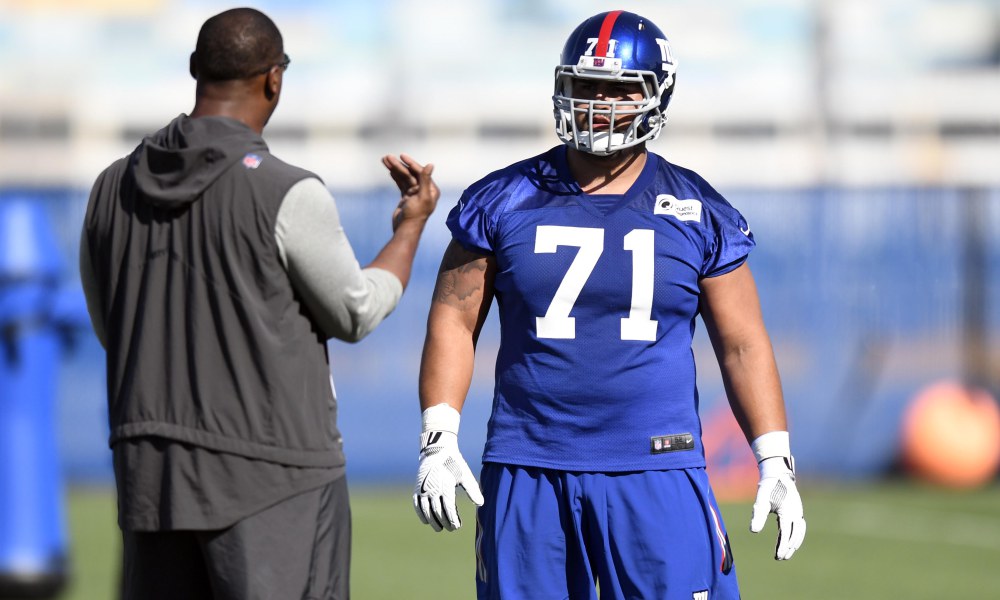 The New York Giants are one of the worst teams in football for the second straight season. There are some slight silver linings to look for, though, in the season’s second half.

In Week 9 of the 2018 NFL season, the New York Giants were watching at home. They were one of six teams on a bye. With the possible exception of the Arizona Cardinals, the difference between the others and New York is that when the teams return from bye, the New York Giants’ season is already over. The moves made this offseason were in the hopes of competing for the playoffs right away. It didn’t happen, as every move seemed to backfire in one way or another. Now, halfway through the year, we are already playing for 2019. It isn’t all doom and gloom though. There are some silver linings to this situation.

Last year, Ben McAdoo and company attempted to start a tricky transition at the quarterback position away from Eli Manning. It was badly bungled and played a part in costing McAdoo his job. This season, the team looks just as bad as last year’s 2-14 squad. The opportunity to do the same thing, though, is more easily accessible. At this point, Manning is no longer thought of as the future Hall of Famer with the consecutive starts streak who is arguably the greatest offensive player in the franchise’s history. Instead, he is the guy who doesn’t match up with the path the team is taking. Non-delusional fans are ready to see him step aside. He has been personally bad this season (regardless of what the statistics say), and also cannot function behind the current offensive line.

Only $6.2 million of Manning’s $23.2 million cap hit will be dead money next season, meaning New York can save $17 million by releasing him next summer. That’s a pretty enticing reboot opportunity, especially if Pat Shurmur gives Kyle Lauletta a long look down the stretch. Of course, a wrench was thrown into the plan with Lauletta’s recent arrest. Depending on what you read, it was either an inexperienced driver accidentally screwing up and compounding his decision, or it was a reckless person behind the wheel with little regard for the police. The former would allow Lauletta to remain in the team’s plans; the latter probably not.

With quarterbacks getting a tryout, it also makes sense to see what the New York Giants have along the offensive line. Every starter outside of rookie Will Hernandez has been a disappointment. The team just added Jamon Brown off waivers. Giving him and others a shot at key positions is the only way to see who is a viable player in the future. Nate Solder will be around for a while. That doesn’t mean he has to be gifted snaps the rest of the season. The Giants already moved on from every other starter, either because of ineffectiveness or injury.

On defense, the front office already took advantage of the silver lining of being really bad. It traded away veterans for draft picks to cut costs and gain future assets. Fans were hoping the team would find a taker for Janoris Jenkins before the trade deadline as well, but it didn’t materialize. Even still, GM Dave Gettleman now has an extra fourth and an extra fifth to work with in the 2019 draft. And even as his free agent acquisitions have been horrid, his first set of draft picks for New York seem pretty good.

We already can tell what Saquon Barkley is. If this was 2004, it would be a no-brainer, genius selection. In today’s environment, Barkley will still be a star, even if the landscape lessens his value tremendously. (Passing and QBs rule all; RBs don’t last, don’t get paid, and are easily replaced.) Hernandez could have a bright future; as can Lorenzo Carter and B.J. Hill, both of whom are getting lots of reps these days. Even R.J. McIntosh is getting into the flow at practice. If he and Lauletta see the field in the second half, every 2018 draft pick will get a run as a rookie.

The sad part for New York Giants fans is that if management had been better at scouting its own talent, it could have prepared for the rebuild and been in a much better position coming out of it. Alas, we are one season behind and playing catch-up.

More Sports: How Much Credit Does Alex Cora Deserve?