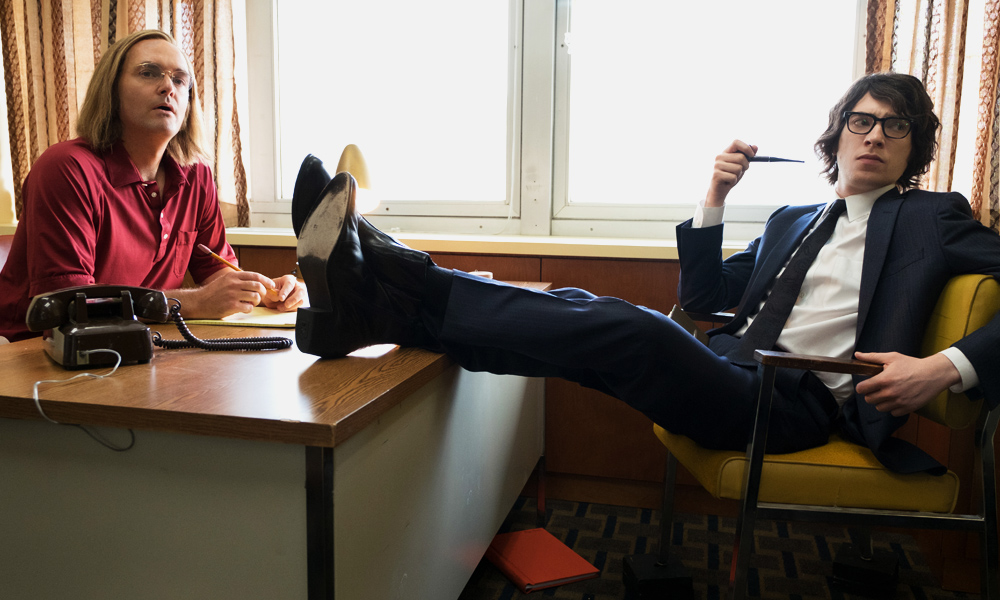 Netflix – A Futile and Stupid Gesture

This Netflix movie tells the semi-true tale of the founding of the magazine and then movie enterprise, National Lampoon’s. The idea broke off from two writers and comedians at the Harvard Lampoon who didn’t want to stop creating even though they were leaving school. The star of the film is Will Forte, playing lead Doug Kenney. Kenney can only speak and act in bits and schtick. Everything is a bit, until the one time it’s not. Everything is an opportunity for a joke, which Forte pulls off incredibly well.

At the same time as the plot moves along, the movie utilizes Martin Mull as a modern version of Kenney, looking back at his life at the same time as us, the audience. Mull’s presence ends up being interesting, surprising, and, at the same time, seemingly useless. A lot of this movie was fun but seemed unnecessary, sloppy, and/or rushed, which may have been a perfect encapsulation of the real Kenney’s life. Kenney comes off as a pretty bad guy but one who is super talented, which also might be incredibly accurate.

Chris Rock’s latest stand-up set from Brooklyn hit Netflix. It is classic Rock, mixed together with a side of him we had never really heard before. Tamborine (which is apparently purposefully misspelled as an homage to a Prince song…?) is the most personal Rock has ever been. He tells the audience about his life as a father and getting divorced. He talks about the issues with raising black children and even discusses his own addiction to porn. Rock was always the best at making overarching, imposing racial themes relatable yet biting by reinforcing his set themes. He does that again here, but leans more heavily than ever on his own life. It isn’t the best stand-up set we have seen from the legend, but it is a welcome return for someone who had been out of the limelight for quite a long while.

Kumail Nanjiani’s biographical movie tells the story of his relationship with his now-wife Emily. It hits all the beats of doomed lovers while being like nothing we have watched before. Kumail is Muslim and thus at the mercy of his parents’ choice for arranged marriage partner. Except, he is also a bad Muslim who doesn’t pray and dates white women. This scenario, though pretty unoriginal, would have been enough for a fun romantic comedy. The Big Sick uses it, instead, as a side issue to the fact that Emily gets really, seriously, deathly sick. When it happens and its effect on the people around her is what really makes this film. It’s fun, heartwarming, sad, and Oscar-nominated for Best Original Screenplay.

Television and Movies to Stream photo courtesy of denofgeek.com