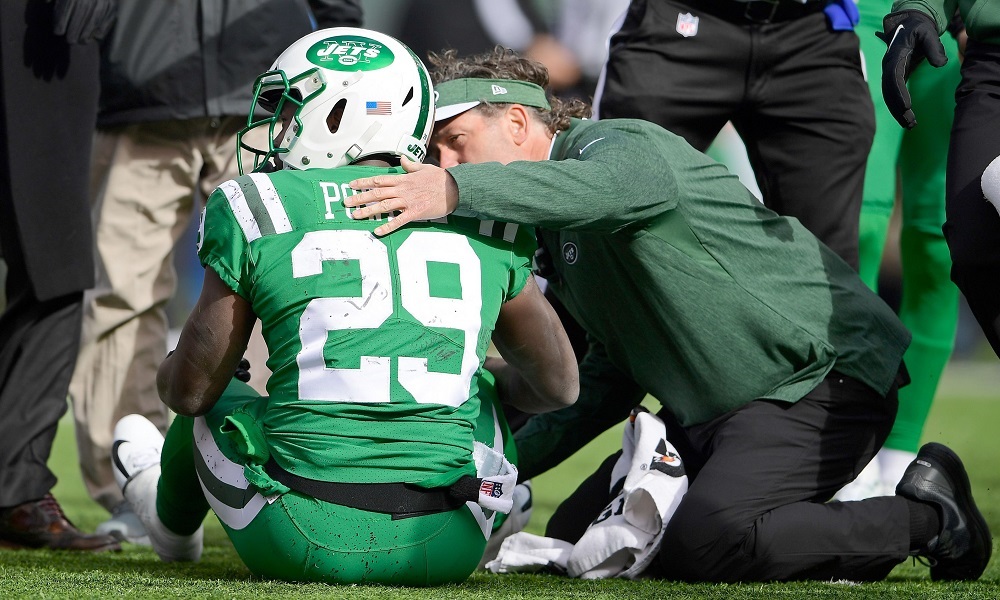 Injuries are mounting for the New York Jets, making their slim playoff hopes even harder to grasp. Yet there’s a silver lining to the injuries, because the big picture is what truly matters.

I’m a big picture guy, especially when it comes to sports. Teams and fans want to win every game of every season, but building a winning culture and consistent winner is the real goal. That is why the New York Jets drafted Sam Darnold, to create a winning culture behind his leadership. It’s also why New York hired Todd Bowles as head coach. Time is required for a franchise to rid itself of the old regime’s players that fit the old regime’s offensive and defensive schemes. The Jets are finally Bowles’ team and his team is now very hurt.

New York’s general manager has done an excellent job of providing Bowles with players that fit his football team. The Jets have shown real promise this season, beating the average teams and competing with the better ones. Yet another losing season may have cost Bowles his coaching job. It still could, but now I doubt it.

New York Jets owner Christopher Johnson is a patient man with a big picture philosophy. I would be shocked if he has a short leash on his coach, after what has already been a successful season. Darnold is developing into a leader. The Jets are playing better than last year and are no worse in the wins column, despite playing with a rookie quarterback. The outlook for the remainder of the year is murky and the schedule is hard, but mounting injuries may be exactly what the Jets need going forward. They may be the exact thing that creates the winning team everyone is craving.

Mounting injuries for the New York Jets does three things for the team. It forces every player, young and old, to deal with adversity out of their control. It forces them to do more, step up and take on roles they never intended, and scrape out victories no one thinks they will achieve. Who will shine in Bilal Powell’s absence? Who will become the Jets number one wide receiver and Darnold’s favorite target? Opportunity awaits every member of the New York Jets, as expectations for success dwindle. No one expects them to succeed or achieve, but that chip on their shoulder is very powerful.

The growing list of injured players likely leads to more losses than would have come otherwise, but as long as the team keeps heading in the same direction it has been, Bowles’ job is safe. My firm belief is that a head coach needs five years to win. That allows them to create a team of players that fit their schemes, then develop them. I want to see the full five years of Bowles. Injuries are no excuse for poor performance, but they are a reality and should provide Bowles more time to win with his Jets.

ALSO ON BUZZCHOMP: MLB Awards Feature Too Many Red Sox

The final silver lining to all of the injuries is simple. If the Jets are not going to make the playoffs, then I want them to get a top ten draft pick. Who cares if they win five games or eight games? Both result in missing the playoffs, but only one results in a high draft pick. Adding more talent to this team is wonderful for its longterm success. When the players are top ten picks, they are almost always successful. I do want the Jets to win more games than last year, but how good does 8-8 really feel? Drafting 7th or 8th beats 15th every time.