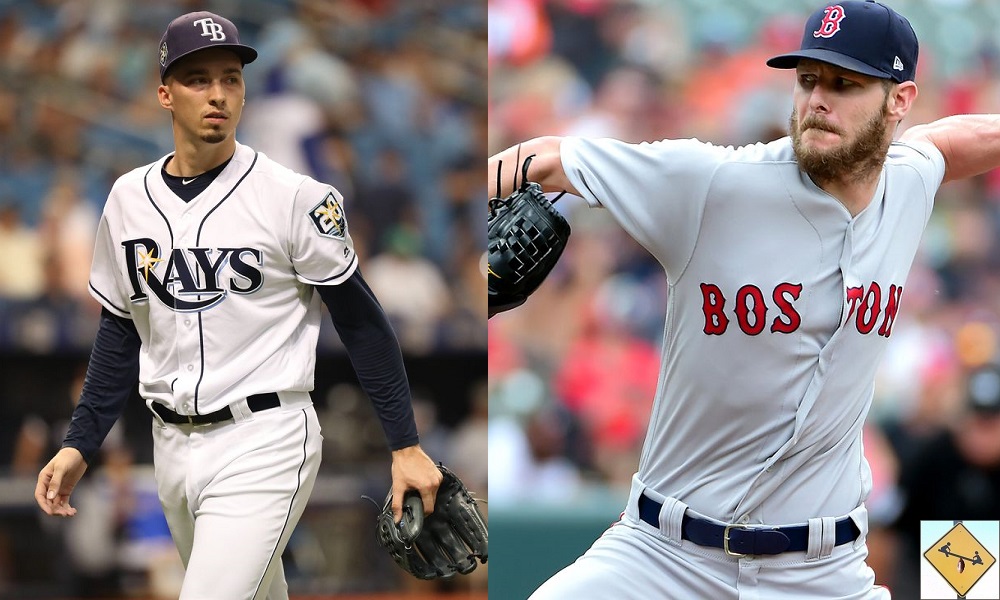 Now that the World Series is upon us, we must revisit our MLB Awards 2018. The jury has spoken and too many Boston Red Sox are receiving trophies, with not enough debate. We try anyhow.

With the World Series about to get underway, we decided to take a step away from the postseason proceedings to check back in on our season awards. People find a way of forgetting about what happened during the year once the playoffs begin. It’s also worth debating whether anything that has happened during the postseason thus far would change our MLB Awards 2018 winners, if such things were allowed.

For example, if Aaron Boone was our pick for AL Manager of the Year (even though he wouldn’t have been), you couldn’t feel great about that selection after the way the Yankees went out. The same is true of the Chicago Cubs easy exit and their award contenders. That leaves us with too many Boston Red Sox and not enough debate.

Todd Salem: It was between him and Mike Trout. Neither player was better or worse than the other in really any regard whatsoever. I guess that means we give team success to Betts as a tiebreaker. Betts also got around 50 more at-bats than Trout.

Dan Salem: Is it just me, or are most of these awards a slam dunk. Its looking like we may agree on most of them, with Betts being no exception. He had a tremendous season and was the best player on the best team in baseball. Consistency counts when determining the most valuable player, as does performance in the field. Betts nailed both this season.

Todd Salem: To me, Yelich’s amazing September didn’t push him over any notable hitter as much as it simply raised him above the hitter discussion completely. It did push him over the top NL pitchers though.

ALSO ON BUZZCHOMP: Six Burning Questions for NBA Tip Off

Dan Salem: He ranks first in the National League in batting average, second in RBIs and third in home runs. Yelich completely dominated at the plate this season. I have a hard time giving the MVP to a pitcher, especially if their team stunk. That won’t happen this season.

Todd Salem: Blake Snell – This is probably the toughest award to give out for me. The top guys offer such varying value in terms of execution versus quantity. Snell splits the difference between Chris Sale and Justin Verlander. He was out there for 31 starts yet finished with elite rate stats, and won 20 games for the sort of people who care about such a thing.

Dan Salem: Chris Sale – It might not be fair, but the Red Sox were so unbelievably good this season that it’s just a reality. Betts is the MVP and Sale is the Cy Young winner. He was the best pitcher for baseball’s best pitching staff. Team performance is a factor when everything else is pretty close. Sale elevated his team and dominated the numbers as well.

Todd Salem: The sort of people who care about such a thing cannot possibly care enough to avoid giving deGrom the Cy Young. He is my pick for second place in NL MVP as well. The records he set this year have been covered ad nauseam. He was so good that the only things that kept him from 30 wins or 20 wins or even 12 wins were the New York Mets offense and bullpen. He allowed a .521 OPS for the season, which was more than 30 points lower than any other qualified pitcher in either league. That figure is so bad that no qualified hitter in the sport put up a mark that bad; not even Chris Davis.

Dan Salem: It pains me to award a player who was on such a bad team, but it’s no secret that the Mets would have been even worse without deGrom pitching. He took care of the things he controlled and pitched as great as humanly possible. Unfortunately, it did not matter one bit for his team’s success, but that isn’t truly what the Cy Young award is about. He wins.

Todd Salem: I get the argument for Miguel Andujar and the argument against Ohtani. I just don’t agree with it. Yankees fans are up in arms at the mere thought of Andujar not winning this, especially after Gary Sanchez lost in his year because of not enough playing time. But it isn’t the same comparison. What people are holding against Ohtani is merely the timing of his playing time. He hit in 104 games and pitched in 10. Said another way, he collected 367 plate appearances as a hitter and threw in 51.2 innings as a pitcher. If he had simply been a relief pitcher for the entire season, people would look at him much differently, even if his stat lines were identical.

Dan Salem: I never truly thought Ohtani would live up to expectations as both a hitter and pitcher, but he did. He excelled as a two-way player, which is something we’ve never seen in our lifetimes. That wins Ohtani the award. He was that good.

Todd Salem: Flip a coin between he and Juan Soto. My coin landed on the better defender and base runner.

Dan Salem: He is going to win and certainly earned the honor, playing no small part in leading the Braves to a division title. Here’s hoping the magic doesn’t die.

AL Manager of the Year

Todd Salem: Bob Melvin – Alex Cora just led the Boston Red Sox to the World Series after leading them to the most wins in franchise history. The way he has maneuvered his squad in the postseason actually would make me more inclined to award this to him. His bullpen usage and lineup maturations have been flawless. But the award goes to Melvin for molding the best bullpen and an elite lineup throughout the entirety of the regular season. Look at the quality of the 15 different starting pitchers he had to turn to. Extraordinary that Oakland won 97 games.

Dan Salem: Alex Cora – I love the story that was woven in Oakland, but Cora led the Red Sox to their greatest regular season in team history. It also happened to be the most dominant regular season performance by any team in recent memory. With the added knowledge of how his team performed in the postseason, Cora’s victory is a slam dunk. Boston dismantled the second and third best teams in Major League Baseball without so much as batting an eyelash. He wins this award just as easily.

Todd Salem: This is actually a tougher decision than AL Cy Young; just people care about this award less. I’m just going to cheat and use the playoffs as a tiebreaker, giving it to Counsell over Brian Snitker or Bud Black. The way Counsell has manipulated his roster has been superb, even if every move hasn’t paid dividends.

Dan Salem: We agree completely on the best manager in the NL and I don’t think it’s as close as you make it off to be. Sure, Atlanta and Colorado well exceeded their expectations. But I don’t recall Milwaukee being touted as a dominant force prior to the season. People thought they might compete for a wildcard spot, but no one had them beating the Cubs for the division title. Counsell worked magic with his handicap pitching staff by using his bullpen to compensate. He got more from less and that always deserves an award in my book.