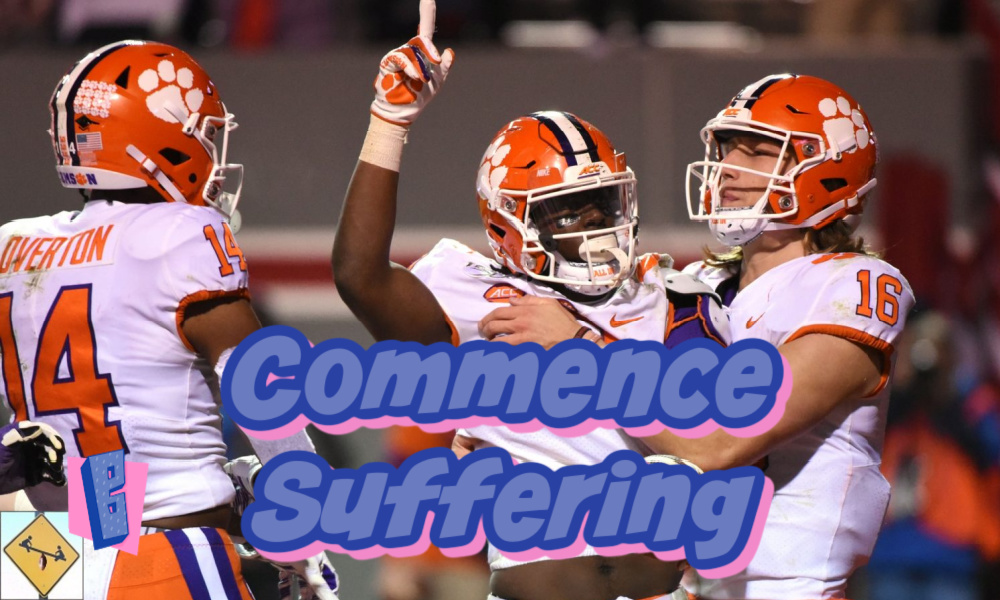 The 2020 college football season may have games, but it won’t exist in every way that counts. Is redshirting the answer? Our 2021 freshman class will then suffer, but the NFL damage is coming regardless.

The issue with playing or delaying the NCAA sports seasons is more confusing than you led on. Let’s focus in on 2020 college football, because it poses the biggest impact to those around it. Sure, it’s simplest and safest to cancel everything. Give all the players an extra year of eligibility and their scholarships extended, and wait. However, that doesn’t seem feasible. That’s not how the system was designed. To be honest, it can’t operate if players don’t move on.

It’s well and good to throw around redshirt years for everyone remaining at school, or anyone who wants to remain an extra year even if they graduate scholastically. But there is a full class of high school seniors coming behind these current student athletes regardless of the pandemic response. Those kids are coming to school no matter what. And many, many of those kids will earn and/or deserve a scholarship OVER the players who were supposed to be gone.

In many sports across the country, recruiting works because young kids want to play for the best schools or coaches in their respective sports. Either that, or they can see where playing time exists or are promised specific spots on teams. In the most basic terms, a top-flight, five-star quarterback only comes to a team if the incumbent starter is set to graduate or leave for the NFL. Well, if that incumbent sticks around because his scholarship is extended another year, the high schooler probably wants to go to a different school now.

Or, even more awkwardly, the team wants the five-star QB to replace its incumbent but would now be “required” to keep the other guy around. There will certainly be freshmen coming in who teams want to give scholarships to instead of graduating seniors they thought, for lack of a better term, they’d be free of. The turnover is designed into the system. Teams need veteran leadership and experience of course. But incoming talent will always win out if there is a limited number of scholarships to go around.

Increasing the amount of scholarships, which seems impossible to ignore at this point, would have other added consequences as well. Not only could it disrupt the roster construction of those schools with high numbers of incoming freshmen. It will throw off-balance (even more than it already is) the advantage given to the more famous universities. Give everyone 25 extra scholarships in 2020 college football to allow all players to save the upcoming season. You are essentially giving 25 more four- and five-star players to Alabama and Clemson, etc. Sure, the lesser schools will get to keep their kids while bringing in the younger crop. But the best players will still want to go to the best schools if space allows.

As unfortunate as it may sound, I think if the NCAA sports season gets canceled this fall. A lot of kids will just be shit out of luck. They will not be offered another year of their scholarship if the school had planned to move on. This may not happen universally, but the volume would be too high to keep everyone around for an extra year across the board.

You are correct that keeping juniors and seniors around for an extra year causes big problems with the upcoming freshman class of student athletes. But you failed to acknowledge the other elephant in the room regarding 2020 college football, as well as other college sports this year. What about the current incoming freshman class? These student athletes were all recruited to be the new crop of stars, yet they won’t get to play at all. Now what do you do?

The system is designed to have juniors and seniors leave and make way for the next round of talent. But if the 2020 freshman class does not get to play, they are basically freshman next season as well. Then everyone is stuck with two freshman classes, both competing for the same roster spots. The natural weeding out of poor prospects and separation that takes place for a given freshman class will not exist in 2020 college football and the like. No one will know if this year’s new student athletes are worth keeping around until next year.

More BuzzChomp: Travelers is Uplifting Science Fiction at Its Best

Assume we do not redshirt anyone who wants it. Next season we have a senior class with two years experience, a junior class with one year experience, and both sophomore and freshman classes with zero experience. Most teams are not going to have much of a roster, because we lost the year in which that natural progression would take place. By allowing everyone an extra year of eligibility, teams can start the best student athletes. More importantly, the student athletes will be given the chance to prove themselves on the field.

How is the NFL Draft going to look in 2021? Why would an NFL team draft a player without seeing them play? They won’t, meaning the only players getting selected will have started last season. But those same players all determined they weren’t ready for the draft in 2020. Without an additional year of college football, how are they suddenly more prepared for the pros? These athletes need that extra year of college to prove themselves.

Also on BuzzChomp: Wellness Check In – 5 Steps to Clarity

The NFL in particular is in trouble in terms of determining what rookies to bring in next year. Other sports either don’t play their rookies immediately, or the top players are so blatantly obvious that it doesn’t quite matter as much. Not playing the 2020 college football season causes damage well beyond any given athlete or school. This comes down to doing the best thing out of a bunch of crappy choices. Giving student athletes the option to redshirt at least provides them the opportunity to prove themselves professionally. It shouldn’t hamper the incoming 2021 freshman class anymore than the 2020 freshman class is being hampered. Sports are competitive and the best athletes will always prevail.