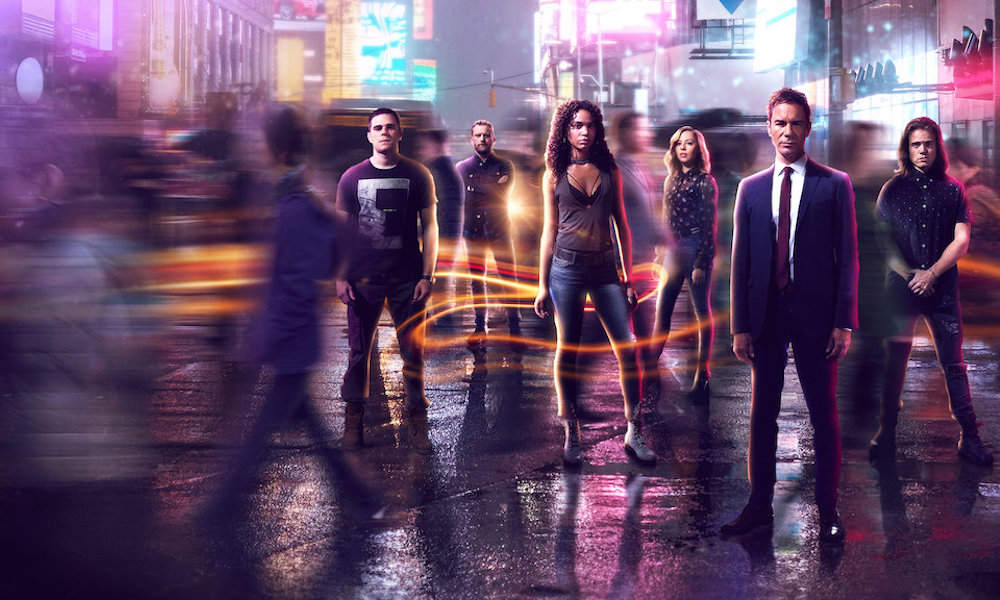 Imagine if every series had the complete arch of Travelers on Netflix. This uniquely uplifting science fiction story pits our future against present day. No one is safe.

So much science fiction is dark and disturbing. Think the worst case scenario of an existing problem, spiraling out of control into oblivion until our world is near unrecognizable. Often times, this concept works great. But it also leaves a gaping hole inside where our hope for the future once existed. Does excellent uplifting science fiction still exist? Thanks to Netflix and the show Travelers, you can indulge immediately.

Travelers spans three seasons, all of which are excellent and must be viewed in order. I’ll get into the details of why its great momentarily, but in case you are wondering, the series comes to a satisfying conclusion after season three. There is no cliffhanger or abrupt ending. I’ll talk about the conclusion later on, but just know that the primary story concludes, while also resetting for more seasons that are unlikely to ever exist. All of this is great news for sci-fi aficionados who have suffered plenty through abrupt series cancellations.

What makes Travelers uplifting and a great show overall? The series takes place around the year 2016, in the actual time when it first came out. This makes it completely relatable, but then we get our science fiction twist. Travelers from the distant future are being sent back, taking over the bodies of individuals who are about to die. Each traveler assumes the host body right before the moment of death and a new traveler can never go back farther than the time stamp of the most recent traveler. There are thousands of future people in host bodies, lives that would have otherwise ended. Let me tell you, this is infinitely interesting!

To add to the intrigue is the conflict. Travelers are initially trying to save the world from mass destruction due to a snowballing climate crisis. Each traveler team gets missions from their boss in the future, an artificial intelligence calculating what changes should have positive impact on the future. You can imagine how horribly wrong this goes. Then a rogue faction gets involved, the present day learns of these travelers, and all hell breaks loose. But overall, the goal of our lead team of travelers is to save humanity. That is uplifting science fiction at its core.

Without spoiling any of the awesome details, this series has great overarching stories that mix well with standalone missions for each episode. Our travelers are trying to always do good and fight for humanity, even if that means disrupting the very fabric of modern society. Now for a true discussion of the show’s conclusion, meant for those who have watched and wish it wasn’t over.

Spoilers Ahead. Proceed with caution. Travelers ends with our lead sacrificing himself to thwart the faction from overtaking the present day in order to mold their own vision of the future. The faction is winning, so our main traveler finds a way to go back to a point in time he uniquely knows, based on gained knowledge of his host life. He then stops the first traveler from arriving, negating the entire program and trapping himself inside the life of his host with zero support from the future. Then the show one-ups itself.

Ultimately, we see that the future artificial intelligence responsible for the traveler program ends version one, because it was proven a failure, and begins version two. I so wish we got to see version two! Not only was this ending satisfying, but it legitimately makes sense in the universe of the show. Everything about travelers is grounded and captivating, plus it has close to a happy ending. Our heroes win, sort of. At least humanity is saved for the time being. That is great uplifting science fiction.