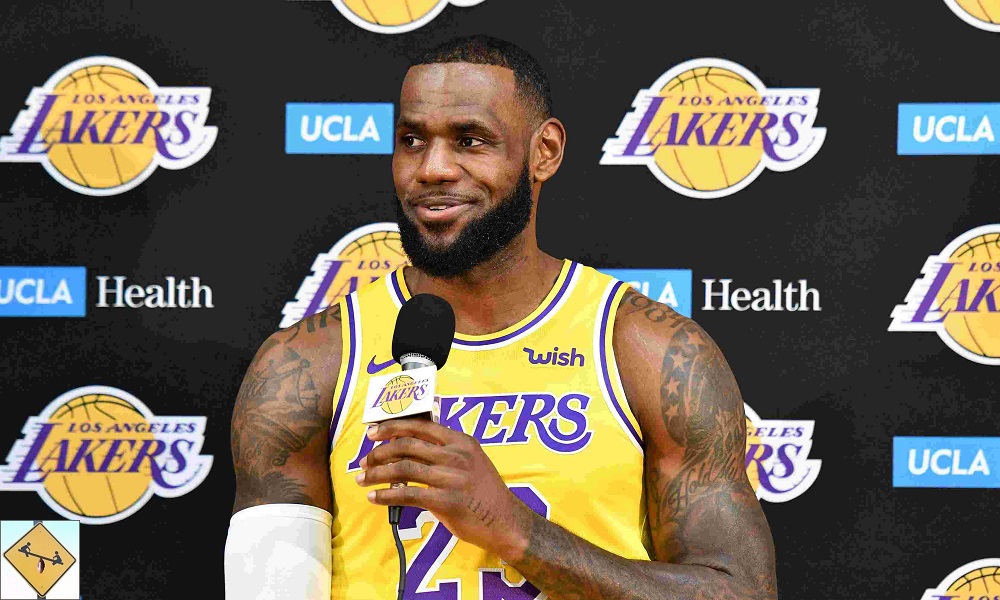 Fan stupidity nearly ruined the 2019 NBA All-Star Game, but LeBron James’ first pick is sure to save it. He has five options and all will send ripples through the NBA.

The starters for the 2019 NBA all-star game have been announced. On January 31, the list of reserves, as voted on by the league coaches, will be released. It all culminates in the all-star player draft on February 7. Oh yeah, and then at some point after that, the players will actually play in the basketball game, for those who care about such a thing.

Later in the week, we can address the full rosters, but there are some interesting nuggets from the release of starters alone.

The Doncic pick makes sense because the rookie sensation has infatuated the league. Except George is in the running for league MVP this year. The other two picks are so egregious as to be hilarious. Neither Rose nor Wade have a chance of making the all-star team reserves, let alone deserving of starting. Throwback votes are only fun when the players chosen are still fun to watch.

Interestingly, the players and media voted for the exact same lineups in each conference, though the order occasionally varied.

But with this group of 10 set as starters, it is up to LeBron James and Giannis Antetokounmpo to pick the teams as the respective captains. The pair must first pick between the starters before taking anyone from the reserve batch. James, as the top vote-getter in either conference, receives first pick. So who is your first player off the board?

I have a feeling that he may choose to cop-out in this situation, especially since the 2019 NBA all-star game draft will be televised. The cop-out option? Selecting hometown Kemba Walker first. (The game is being played in Charlotte.) That is the safest pick to make. It doesn’t upset anyone or throw any shade, and it’s completely explicable from everything but a basketball point of view.

If we’re actually trying to win the game, though, who is first off the board? I think there are two options for LeBron: Steph Curry or Joel Embiid. They are the best players who don’t play the same position as James. They are arguably the two best players period, but especially with the qualifier. Curry is just a way better shooter than James Harden, which would lead me to select him over the current MVP front-runner. But he could always go with Embiid if he wants to take the size and inside presence.

LeBron James’ first pick will truly be fascinating. Not as fascinating as what “basketball fans” tried to pull in terms of the 2019 NBA All-Star Game starters, because that was forking ridiculous! The quotes are necessary, because what kind of fan are you to vote for a player who is barely holding his own? Wade and Rose were both great at one time. Both would kind of sort of be fun to watch in the 2019 NBA All-star Game, but not as much as the players who are actually great right now and actually made the team as starters. Those 10 guys are unrivaled in the sport today. If you’d asked me to name the 10 best players in the NBA this season, I’d likely name 8 of the 10 players voted as All-star game starters. This is because I’m a casual fan. These guys are that good.

Back to LeBron, who can go one of five ways with his first pick. Because every one of these guys is great, there really is no bad choice. Even picking someone who plays his position isn’t a bad idea. So what will James decide?

Here are his options:
1 – Best Player Available
2 – Most Interesting/Polarizing Selection
3 – Most Media-friendly Selection
4 – His Friend
5 – Best for the LA Lakers

My money is on LeBron selecting Walker first, because he is all about the headline and putting out a positive media image. That being said, it would be in his team’s best interest to throw some love Leonard’s way. The Lakers certainly want to add him to their team… if possible. Then there is the BEST possible selection, picking Irving first. This would serve his desire to be headline worthy, choosing his former teammate. Its polarizing, interesting, fun and fuels speculation around a subject that doesn’t actually exist. Please do this!

Next on BuzzChomp: Is This the Golden Age of Fitness?